Last week I wrote an article about my personal practice and how it’s evolved over the years. In that article I made a point that:

“At the end of the day, it’s all just Witchcraft and the only thing that matters is that you’re happy and can get results. If all you’re doing is bitching about how someone else is practicing and trying to dictate what is “real Witchcraft,” chances are you aren’t spending too much time actually practicing your own Craft.”

Since then I have been experiencing what some Psychologists might refer to as the Baader-Meinhof phenomena. You know, that feeling when, after you see something new, you suddenly see it EVERYWHERE. Sure, the policing of others’ individual practices is nothing new to the Witchcraft community, but since I posted my article it seems I keep running into more examples of that kind of behavior.

It happens everywhere, Facebook, Instagram, Tumblr, YouTube, etc. Witches fighting over who is more authentic, has true power, and knows the real secrets. It ranges anywhere from, “How dare you use mint for that kind of spell,” to “Your relationship with the Morrigan is a sham!” As if that person controls what the outcome of the others’ spell is or mediates their relationship with deity. It’s ridiculous, petty, and quite frankly embarrassing, yet it happens all the damn time.

I’ll be honest, when I hear people arguing over people being “fake” Witches or discussing who has the “real” power, I can’t help myself but laugh. What is this, an episode of Charmed? Specific traditions and covens aside, Witchcraft has no Kings or Queens (except maybe Doreen Valiente), there are no presidents, dictators, or councils who rule over all of Witchdom. Although people have certainly tried to put themselves in those positions, but I assure you there was no golden throne awaiting them.

While I can’t speak for all Witches, I firmly believe that by our very nature we are anti-authority. We don’t want to be told what to do by others, we want to be empowered and free. Isn’t that why so many of us turned to Witchcraft in the first place? Of course none of this is to say that we should abandon the wisdom of our Elders or do away with long held traditions. What I am saying though, is that if you’re not an Elder, High Priestess, Magister, etc. of someone’s specific tradition or coven, it’s really not any of your business to be policing their practice. It makes even less sense in the absence of established traditions or covens. Really? You’re going to tell someone that they’re a no-good crystal humping fluffy bunny because their practice involves Chakras? You’re going to call someone a “fake” Witch because they are also Christian? What exactly is it that you’re doing in your personal practice that is so special and “real?” I mean seriously, if you’re going to act like the literal Supreme, you had better know your shit and I’m talking beyond what Llewellyn and Tumblr have taught you.

In my professional opinion as a soon-to-be Therapist, this type of behavior is highly indicative of someone who has a low self-esteem. They’re really no different than a High-School bully, picking on others in order to make themselves feel better. If those Witches were really all that authentic, powerful, and wise they would have no need to call another Witch a loser for placing their broom with bristles down. They would be confident enough in their own practice to know that others’ practices really have no bearing on their own. It’s like when people try to argue that because two men ten states over are getting married, that their marriage is suddenly going to implode. Furthermore, if they were really a Witch worth their flying ointment, they most likely wouldn’t have time to even care what another Witch on the internet is doing because they’d be busy practicing their own Craft.

This behavior is not just embarrassing to the Witchcraft community, but it’s also just plain sad. Someone once told me, and unfortunately it holds true, that the most hate you will likely experience as a Witch will come from other Witches. I just really don’t get why (besides the low-self esteem bit) we feel the need to tear each other down and belittle each other’s personal practices. One argument that I’ve heard before is that:

“These wannabe Witches are bad for the community’s image! New Witches will be sucked into their fake Witchcraft!”

Because your hateful video is so much more inviting and inspiring for the newcomer than the video of someone happily doing their own thing? I get it, sometimes you see a Witch saying or doing something that rubs you the wrong way. But maybe instead of going straight to attacking their entire character, you could simply ask them about what it is they’re doing? There really is a difference between having a debate and being an asshole, which is the quickest way to lose to lose your own credibility. Remember that there are no spokespeople for the entirety of Witchcraft. There is no be-all-end-all and we are all entitled to our own personal beliefs and practices. If something someone does or says doesn’t align with your belief or practice, so what? I guarantee that some of the things you say and do rub people the wrong way just as much. If you really think that what they’re doing is harmful to the larger community, besides opening a respectful dialogue, the best thing you can do is be your own example and representation. Live your life, practice your Craft, and let it go.

Because here’s the T: If you’re spending all your time telling other Witches that what they believe and practice is wrong, you’re the fake Witch, not them. 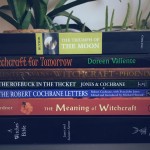 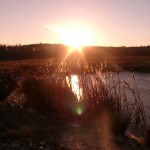 February 7, 2017 Everyday Magic: Witchcraft for Busy Lives
Recent Comments
0 | Leave a Comment
"This implies that there's supposed to be a "real witch" that actually gets results. In ..."
Joseph Mother Fake Witches
"that is a very interesting thought"
froppy ◑﹏◐ Of Witches And Faeries: A Brief ..."
"I didnt care to finish my conversation but the other half goes like this: I ..."
Brianna LaPoint Introduction
"I was approached by Wesley Chiu of Callisto Media to write a book for them ..."
Madame Pamita Suspicious Witchy Authors: My Final Thoughts
Browse Our Archives
Related posts from By Athame and Stang