Musings On The Wild Hunt And The Winter Tide

The first snow has fallen and the temperature has already dipped into the single digits. The leaves are long gone and darkness comes way earlier than most would prefer – although I don’t mind. It’s getting harder to get out of bed in the morning and the natural inclination is towards quiet introspection. Winter is creeping in and taking a hold of both the land and our bodies. The spirits respond in their own ethereal way, shifting in their skin as they take on their darker aspects. Windy are the nights and it’s upon the frigid gale that a furious horde rides out across the sky. The thunderous hoof-beats of their horses echo amidst howling winter storms and if you listen closely you might just hear the winding of a horn. With winter comes the Wild Hunt.

The Wild Hunt is an eldritch cavalcade composed of ghosts and led by the Witch Father and/or the Witch Mother. This concept of a ghostly army of spirits flying through the night, led by some mythical leader can be found throughout folklore. One of the earliest mentions of something resembling the Hunt comes from the Anglo-Saxon Chronicle – a series of annals recording the history of the Anglo-Saxons. According to the Chronicle, one night in 1127…

Many men both saw and heard a great number of huntsmen hunting. The huntsmen were black, huge, and hideous, and rode on black horses and on black he-goats, and their hounds were jet black, with eyes like saucers, and horrible. This was seen in the very deer park of the town of Peterborough, and in all the woods that stretch from that same town to Stamford, and in the night the monks heard them sounding and winding their horns.

The term Wild Hunt itself was popularized by Jacob Grimm who wrote about the Wilde Jagd in his book German Mythology (also published as Teutonic Mythology) published in 1835. Grimm is actually the one who took disparate pieces of folklore and stitched them together into the codified image of the Hunt which we know today.

The retinue of spirits has variously been said to be composed of soldiers killed in battle, unbaptized babies, executed criminals, faeries, and even living individuals whose souls were swept up into the mass. The identity of the Hunt’s leader has been just as varied, with those named including Wodan, Herne, King Arthur, Wild Edric, Sir Francis Drake, Cain, the Devil, Gwyn ap Nudd, Diana, Herodias, Holda, and Perchta. The Hunt is said to ride out during certain times of the year including on All Hallow’s Eve and the twelve nights between Christmas Day and Twelfth Night (January 6th). Additionally, the Wild Hunt is most commonly associated with the lonely countryside and old roadways. There are certain places, specifically in the British Isles, which are thought to be home to the Otherworldly brigade. For example, in Dartmoor it is believed the Hunt rides out from a particularly haunting forest known as Wistman Woods. For my fellow American Witches, there is a curious tale with slight thematic similarities regarding a ghoulish stampede of cattle and cowboys on horseback who take to the Texas skies. But really, I believe that the Hunt can be experienced in any old, desolate place. However, it is widely believed that to see the Wild Hunt with your own eyes is incredibly unlucky.

Accounts vary widely, with individuals experiencing bad luck, becoming ill, or even dying after witnessing the Wild Hunt. In both the Dartmoor and Texan folklore, those unfortunate enough to be caught in the path of the Hunt were said to be chased until accidentally falling to their deaths – from the top of the Dewerstone in Dartmoor and from Stampede Mesa in Texas. At the same time, catching sight of the Wild Hunt can also be a portent of doom, signaling disaster or the death of someone else. One of the most depressing legends of the Hunt involves a drunken man asking the leader what prey had been captured. The huntsman tossed the man a sack, which when opened revealed the body of the man’s infant child. Upon arriving home, the man’s wife informed him that their baby had tragically passed away.

The folklore is varied and some stories are certainly more macabre than others. But when I reflect upon the Wild Hunt, I think of chaos, a sort of disruption to the status quo or the way things have been. I think about how the winter tide is a time of both literal and metaphorical death. During the cold months we are innately prompted to turn inwards, to wander the deep caverns of our soul, and self-reflect on our human nature. In doing so, we are often confronted with our shadowy aspects including things like memories of past hurts, fears, and current unhealthy habits or ways of being. Facing these parts of ourselves, acknowledging them with a sense of honesty, can be difficult and incredibly frightening. Like the Wild Hunt crashing through the snow and ice in order to chase down its prey, we too must go on a journey to track down the dusty, cobwebbed pieces of ourselves. And as the Hunt carries away the souls of the dead, so too can it carry away that which no longer serves us. The Wild Hunt can represent many different things, but I think about it as a manifestation of the upheaval that can come along with self-reflection and the confrontation of our own darker nature.

This winter tide, I plan on doing a lot of this shadow work and it’s my intention to document my journey with the Wild Hunt. While I would still hesitate from looking upon the Hunt with my own eyes, I think there is much to be said about facing your fears. And I think in many ways, the Wild Hunt is symbolic of our fears, especially those that arise when we take a hard look at ourselves or when we realize that in order to move forward we must let go of certain things long held onto. Whatever the nature of your shadow – whether it’s a toxic relationship, a past trauma, or simply a bad habit – the question stands of what you’ll do if you hear the winding horn of the furious horde this winter season? 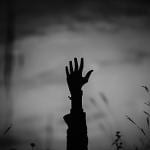 October 24, 2019
A Samhain Spell: Protection From Unwanted Spirits
Next Post 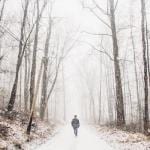