Tomorrow I turn 50. Three days ago I had this dream:

I dreamed that I was at a tea ceremony with four Japanese master artists: Tatsumi Hijikata – the creator of Butoh dance, Takaji Kuroda – rocket scientist and the inventor of suimonga, Toshiro Kawase – the greatest living ikebana master, and Masao Yamamoto – the preeminent miniature photographer.

The only problem was, who was going to make the tea? They all looked at each other.

Kawase said: Don’t look at me! I am old, and I only work with vases and cold water.

Kuroda said: I am older still, and I always put soap in my water.

Yamamoto said: Not me, surely! I only use black tea to quickly age my prints and I carry used teabags in my pockets.

They all turned to Hijikata-san, expectantly… He shook his head, imitating a haystack, and shouted: Are you nuts? I am dead!

The tea got done in the end and I woke up with the words of Yamamoto sensei in my head:

‘A woman is a mountain. She is not a sea. She is a mountain.’ I laughed so hard when I first heard him say that. But he knows what he’s talking about. He managed to grab people’s hearts with his nudes. There’s no higher sensuality.

‘You have to do it like this, your forbidden tarot’, he said in my dream.

I gave myself two days for a project done entirely for my own pleasure, because Yamamoto sensei said so. A birthday present to myself.

I took my old Carolus Zoya cards and starting shooting pictures of it in the nature morte style.

I just looked around my living room, and off I went. Human skulls, goat skulls, porcelain Tarot tablets, African statues, I Ching parchments… I then looked at the master’s photographs, the ones of the woman as a mountain. I traced them over my cards.

I then printed the cards on photo paper. I cut every card in hand and bathed them all individually in black tea.

Finally I drew in hand impressions of the nudes in gold calligraphic pen, while the tarot trumps were looking on. I’m sure the other master, Carolus Zoya, was wondering, ‘what is she doing?’

‘Nothing, nothing,’ I said, while gilding all the edges of the cards.

Le Tarot Interdit was born. Two days of intense labor for my own satisfaction. 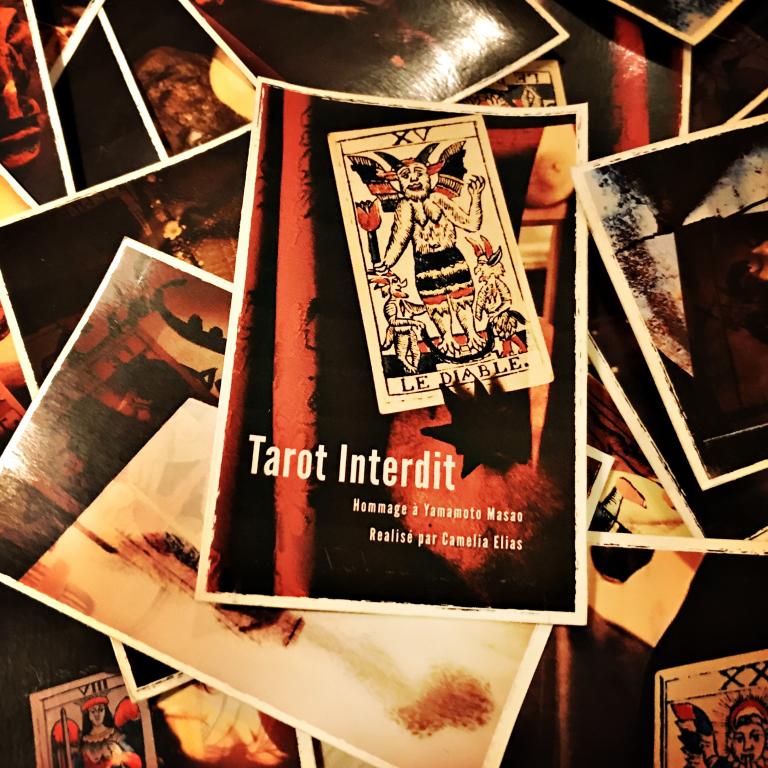 Yamamoto’s trademark is that he shoots the pictures, then processes them in gelatin silver. Tosses them in black tea. He puts the pictures in his pocket or wallet. He wants them worn out, so they look old, so they become a memory cottage. This master is not interested in palaces. Just a dark cottage.

I tried to create a similar atmosphere. 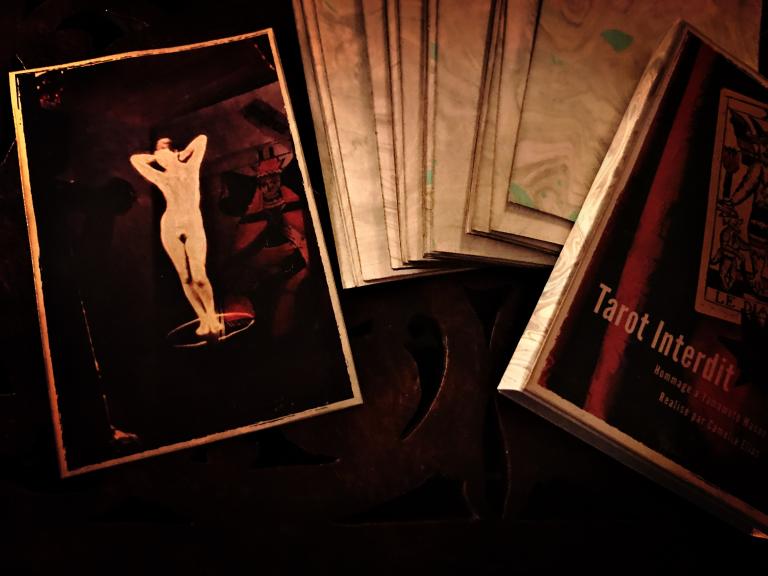 ‘I don’t want people entering my pictures’ he also said once, and one could sense the subtle but very strong injunction against trampling, against sharing, against creating connection. The Japanese ‘narimasen’ was written all over his face, even though his tone and words were those of restraint when he said that.

‘Well, people are actually welcome to enter my pictures’ he then also said, ‘provided that they enter them through their own hearts.’

I laughed so hard again. This master is not kidding. He’s not into sharing the ‘blue print’ for this or that.

Who can enter a space like Yamamoto’s? How about 10? Make that 5. Or maybe not even that. Well, from the Zen perspective the master is safe. There’s no one else but him. Only he can enter.

People are moved by his pictures, and you can easily also pay $15.000 for a small set of sensual pleasure.

But real accessing is another matter.

I did it in my own way. I followed the thread of creating a photograph as a piece of memory. Yamamoto’s, Zoya’s, mine. 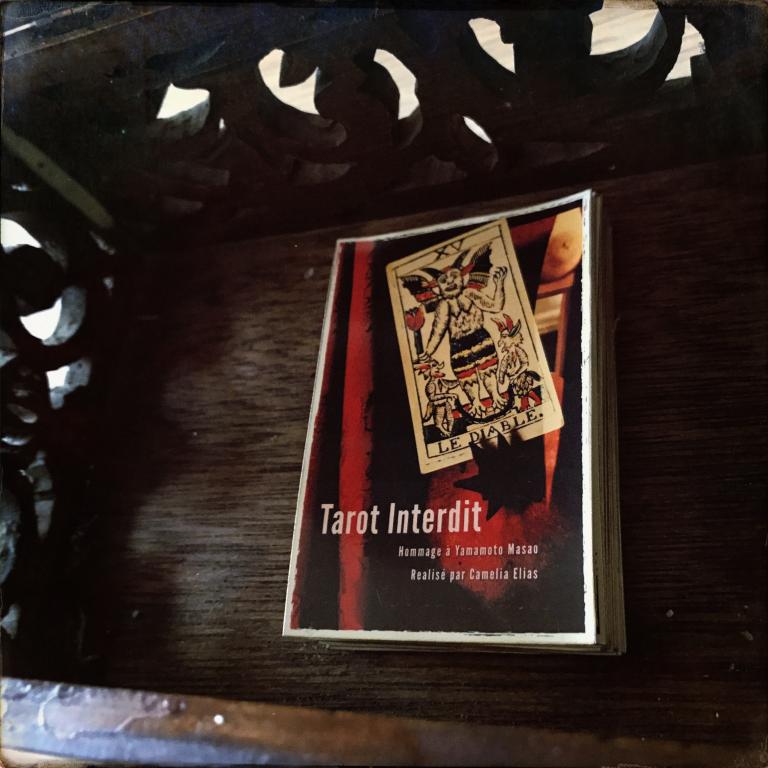 The only wish I have for my birthday is to enter myself through my heart.

I use cards and magic for it.

The forbidden Tarot gave me these three:

The Moon, the Sun, and Justice.

Sometimes dreaming of the realization of truth is not a dream. It’s the heart itself as a key to mastering speaking the language of tea.

This deck is not commercially available, as it’s an art present that I created exclusively for myself. The unique in the world Carolus Zoya deck featured here is in my collection. 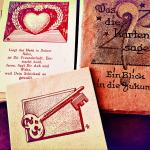 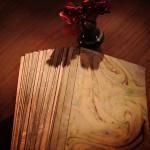 October 28, 2018 Tarot backs and haikus
Recent Comments
0 | Leave a Comment
"It was really helpful to see you literally lay out the many different messages you ..."
Laurie READING DIRECTION IN LENORMAND
"You're welcome."
Camelia Elias Playing cards for risk analysis
"Great article on working with Playing Cards. Thank you Camelia!"
CaitrionaReed Playing cards for risk analysis
"Timely. A good reminder (for me) that, ultimately, what is being preached is based on ..."
Beverly Frable The dead serious occultist in the ..."
Browse Our Archives
get the latest from
THE CARTOMANCER
Sign up for our newsletter
POPULAR AT PATHEOS Pagan
1

To Those Proselytizing Out Of Love:...
John Beckett
Related posts from THE CARTOMANCER