I’m looking at the card of the Snake in the Lenormand pack. ‘It’s dangerous’, most of the literature and oral transmission on the Lenormand will instruct. According to context, the Snake can also mean ‘seduction’, or ‘cleverness’. Essentially both of these can also be dangerous.

We teach generally that what makes the difference between one type of danger and another is context.

The thing to remember, however, and something that I like to insist on, is that context is not a holier cow than literalism or symbolism taken in pieces are. Why? For the simple reason that context is never uninformed. There’s always something that informs context, a particular premise or a predicament. Just as there’s bias in the symbol, so with the context.

Often context is informed by euphemisms. Let me give an example: I read the cards a lot for people who date. As the cards are windows open towards vistas that you don’t always see or consider, daters find them useful especially in terms of saving time. No one wants to waste their time with a potential partner that turns out to be useless, or dangerous.

The premise for dating is often described by words such as ‘encounter’, ‘the meeting of two souls’, and ‘discovery.’ Imagine discovering that the other you encounter is the one… No one wants to imagine the horror scenario, when these words describe nothing short of an invasion, contamination, and oppression. ‘Let’s go on a date… I mean, a conquest.’

Some argue that because what we’re dealing with is not science, but rather the interpretative arts, it’s hard to be precise when describing a situation just by looking at the cards, and then give counsel in accordance.

But the truth of the matter is that if you possess linguistic competence, the type that’s self-aware and able to deconstruct the system it functions within, you can get far just by looking at how images fall in between the cracks of language.

I often think of the diviner as being competent in the same way a computational linguistics scientist is, one who is able to code, decode, and analyse data. I’m actually quite amused that in programming we use ‘snake’ words, such as the Python and Anaconda.

Something is always trailing your translation of the cards into the language you use to describe what you see. Knowing precisely when the Snake is dangerous, seductive, or neither, the latter simply because it’s anchored in euphemism, can give you quite the image to think about, especially when you need to hit the nail on its head, or eat the lizard’s tail.

I said to the dater: ‘This bond can only work to your advantage if you’re performing the job of ensnaring yourself, out of the myriad of things that can come down on you like fog, like the invisible virus that spreads. Think about what type of snake you are: Are you a cobra, an anaconda, a python, or something else? What is your strategy of dealing with clouds? If you don’t have one, then drop the dream of the everlasting thing, least it will turn into a WTF situation, with you poisoning your own air.’

I think you can all imagine the person at the other end of this delivery.

Stay tuned for cartomantic courses. The registration for the Lenormand Foundation Course opens on September 29. 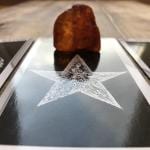 September 11, 2019
WHAT RULES YOU FROM THE INSIDE
Next Post 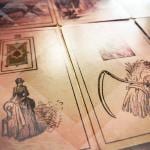 October 2, 2019 CARDS AS GHOSTS
Recent Comments
0 | Leave a Comment
Browse Our Archives
get the latest from
THE CARTOMANCER
Sign up for our newsletter
POPULAR AT PATHEOS Pagan
1