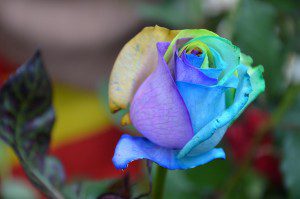 I think the Onion’s headline from yesterday nailed it: “SCOTUS decides whether to legalize same-sex marriage now or in a couple of years.” The simple fact is that the war to prevent gay marriage was probably a losing battle from the beginning. The reason, however, has very little to do with a clandestine Gay Agenda or a sinister Pink Mafia pulling strings behind the scenes. I’m sure that scuzzy, unsavoury politicos exist in the gay scene just as they exist in the pro-family scene, and the climate change scene, and the municipal zoning scene. Would-be puppet masters abound, and politics attracts them more or less as reliably as dungheaps attract flies. But in the case of LGB marriage, its clear that that the SCOTUS decision reflects a groundswell of popular support across all sectors of society.

Same-sex marriage makes sense to an increasing majority of Americans. What does that mean?

The Church defends a traditional definition of marriage because She thinks that it’s important to have a public institution that celebrates two people’s intention to continue the species. Not just their intention to raise children, but their intention to come together and make babies. Up until the last century, this kind of public relationship always existed and it was always called marriage. The purpose of marriage was to try to ensure that couples were adequately supported socially, culturally, and materially, so that they would be able to give birth to children and then care for those children in the family that they were born into. It provided the incentive and the means for the survival of a particular family’s genetic inheritance into the next generation. It functioned as a forward-looking institution in much the same way as the practice of putting up grain for long-storage functioned as a means of ensuring the community’s survival during periods of drought.

There was another kind of relationship that also existed, and which was publicly recognized, where two people came together to enjoy one another for sex. That was concubinage. Particularly in cultures where men and women were expected to marry for reasons of political expedience, concubinage provided a means by which people could maintain sexual relationships which were based on mutual attraction, compatibility of personality, and sexual desire. Children might be born into these relationships (and they often had legal protections if they were) but procreation was not generally the point.

The difficulty that presents traditional marriage in the modern world is that over several centuries we’ve undergone a major social shift. The keeping of mistresses or concubines stopped being socially acceptable at about the same time that the idea of “marrying for love” first started to gain traction in the public imagination. The institution of marriage began to change: the focus slowly shifted from the creation of family alliances and provision for the continuation of the line, to the happiness of the couple and the love that they have for one another. In the process, a lot of other concepts (consent, for example) also shifted. The relationship in which people joined their lives on a permanent basis in order to have children became, at the same time, the relationship in which people enjoyed intense erotic attraction and emotionally satisfying interactions.

The answer that the Supreme Court has given by ruling in favour of same-sex marriage is basically a ruling in favour of erotic love. This should surprise no one. It’s the more culturally popular option, and it’s the view of marriage that the vast majority of heterosexuals already subscribe to. It’s also, in practice, the definition that we’ve been using for a long time. The truth is that most of the material and social supports that exist to help parents with the task of raising children are no longer associated with the institution of marriage in any way – and unfortunately, the pro-family groups that could be providing financial, emotional and practical support to people who are choosing traditional marriage tend to waste their resources fighting fruitless political battles instead.

The challenge, then, is for advocates of the traditional family to stop wringing their hands over the SCOTUS decision and blaming the gays for the demise of the family, and to focus instead on renewing the practice of sacramental marriage by building up communities of support so that the traditional understanding of marriage will become practicable and attractive again. 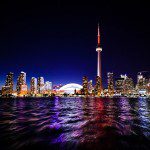 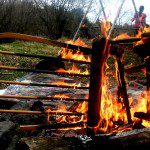 June 26, 2015 So I Guess My Marriage Is Over Now
Recent Comments
0 | Leave a Comment
"And you're not a man at all, so look who's talking, BS.Hey, did you notice ..."
TRE45ON A Biblical Account of Toxic Femininity
"My experience has been that therapeutic use of the pill had exacerbated my anxiety disorder ..."
Ame Legitimate Therapeutic Means: Can Catholics Use ..."
"Miss talking to you and have thought often of you and the children, I am ..."
Patricia Lee Crossing the Rubicon: Why I Will ..."
"COVID-19 has changed my point of view on this.I'm not willing to divorce an abusive ..."
Theodore Seeber Enabling Abusers: On Divorce and Remarriage
Browse Our Archives
Related posts from Catholic Authenticity