Is ‘Turn or Burn’ the Only Option? 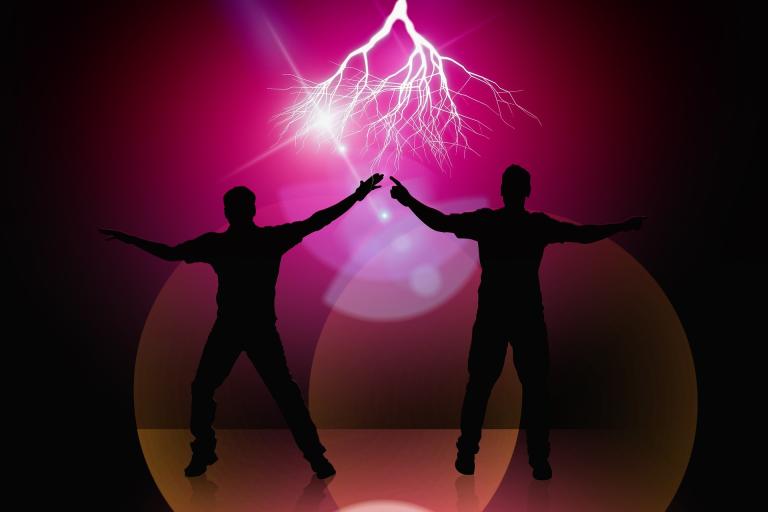 A lot of the responses that I get in my combox seem to assume that there are basically only two ways to think about gay sex. Either it is a total abomination that must be opposed with every fibre of your being, a hideous atrocity that will result in gay people suffering improbable torments for forever…or the doctrine doesn’t make any sense (with the implication that we should just get over it and embrace a liberal sexual ethic.)

Understandably, people wonder (and want to know) what I actually think about this and where I stand.

Basically, the way I think about ethics is much more virtue oriented than it is sin oriented – this is why I’m not a huge fan of the natural law tradition in so far as it’s represented by thinkers like Grisez. To me, most of the contemporary Thomists that I encounter seem to be involved in trying to produce an ever finer sieve for the straining of gnats. I think that there’s a tendency to focus rather myopically on the objective character of individual acts, in a way that detracts from the overall pattern of growth in charity which characterizes a healthy spiritual life.

So my approach is much more via virtue ethics – and I think that chastity is a virtue. The Catechism’s description is fairly lengthy, but it’s worth reading in full. Start at 2337, finish at 2347. I think a lot of people who bother to read the Catechism at all skip over this material, thinking of it as introductory, and go straight for the part where offenses against chastity are listed. This is a backwards way of approaching the faith: the stuff that’s upfront, where the principles are elucidated, that’s the most important part (hence it being first). The rules are the less important thing: they’re just working out the principles in practice. But if you try to apply the law without first internalizing its essence, its “spirit,” then you just end up with legalism, which is spiritually deadening. (cf 2 Cor 3:6)

If you look at what the Catechism says here, the first thing you’ll notice is that chastity is not primarily about suppressing your sex drive, or about avoiding certain types of sex – much less about being obsessed with the question of what other people are doing in their sex lives. It’s primarily about seeking a right relationship with oneself and others through sexuality.

It’s about integrity, not in the popular sense where we think of a person of integrity as someone who stands by their principles, but in a theological or philosophical sense where integrity is concerned with the integration of all of the different parts of the self. The virtue of chastity eliminates internal conflicts and contradictions within the personality itself (between, for example, reason and desire), and it teaches us to view others as persons to be loved rather than as vehicles for the satisfaction of our own fantasies and appetites. The process of internal integration thus leads towards an attitude of greater unity with others: “Indeed it is through chastity that we are gathered together and led back to the unity from which we were fragmented into multiplicity.” (CCC 2340)

In reality, of course, we almost never have access to the kind of personal details that would allow us to know the exact state of another person’s progress. Not with people who are straight, and not with people who are gay. I think this is why Pope Francis said “I am no one to judge” and “God in creation has set us free: it is not possible to interfere spiritually in the life of a person.” We know so very little about where someone else is in their approach to God, what they are wrestling with, what stage of growth they are in with respect to various virtues. And of course we know from our own experience that everybody progresses in a different way. There isn’t a single, smooth course where we progress in all of the virtues simultaneously at the same rate. Sometimes one takes precedence, sometimes another, and in all cases we are called to be responsive to the way that the Holy Spirit is working in our own heart and in our own conscience.

As a general moral norm, then, I can agree that an integrated, perfected sexuality is one that directs the person, to the greatest possible degree, out of him or herself. It is one in which the passions are gently subdued and placed in the service of right reason. It is one in which the beauty of human sexuality is directed towards the dignity of the human person, and the image and likeness of God inscribed in the human body. It is one in which we seek to either image the Trinity, by engaging in physical love that may literally brings into being the other in the form of a newborn life; or one in which we imitate Christ’s perfect self-gift in the ascesis of celibacy.

These ideals direct us away from forms of sexuality that leave us fixated on the satisfaction of our own passions and appetites. They also free us from the temptation to root our practice of love in one particular person, to the exclusion of all others. The danger of sex that is closed to fertility is that erotic love easily becomes an idol, or an obsession. It will not always do so, nor is having children is not a guarantee against this temptation (and it’s a tragedy when children become an afterthought of an infatuation), but in the majority of cases the birth of a child wrenches a couple out of the blissful duality of their love for one another, and forces that love to expand into a wider circle of concern. The expansion of the family becomes, then, a very concrete and physical reminder that no human being can actually “complete” me, that we are called into a communion of many, not a romantic folie à deux.

The teaching is meant to help people find their way into life giving vocations, and to guide us into interior freedom. It’s not meant to be a catalogue of bad things that we should avoid primarily because we are afraid of going to hell. I think that chastity is a virtue that everyone should cultivate according to their state in life, not because otherwise you will be tortured forever by God, but rather because it is just plain good for the person and for society. Like all virtues, it is part of the way that we grow in our moral and spiritual life. The Law, like the Sabbath, is for humanity – not visa versa. Genuine growth in chastity, like in any other virtue, depends to a large degree on one’s relationship with God, on the action of grace working within the soul, and it happens according to the timetable of the Holy Spirit.

But let’s face it. There are several dozen different virtues that we are all called to cultivate, and I know for a fact that I am good at some of them, and desperately bad at others, and that there are seasons in my life where I make progress, and seasons when I suck. And that sometimes the times when I suck the most are secretly the times when God is doing His most important work on my soul. I am, indeed, no one to judge.

My job is simply to love people, to practice virtues like compassion, understanding, humility, patience, forebearance, kindness, repentance, perseverence, courage, authenticity, and yes, also chastity, to the best of my own ability. Doing this has nothing to do with a need to control other people, to obsess over the state of the culture or the state of anyone else’s soul. In so far as I am distracted by these things, it is a distraction from my own growth in my relationship to God, and I become a stumbling block to the people that I condemn.

I do not do good when I allow my own fears, anger or pride interfere with God’s work in a person’s heart. In the words of Mychal Judge, the gay Catholic priest who lost his life serving as a chaplain during the attacks on 9/11, I pray, “Lord, take me where you want me to go, let me meet who you want me to meet, tell me what you want me to say, and keep me out of your way.” 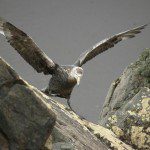 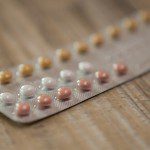 July 27, 2016 Legitimate Therapeutic Means: Can Catholics Use the Pill?
Recent Comments
0 | Leave a Comment
"Miss talking to you and have thought often of you and the children, I am ..."
Patricia Lee Crossing the Rubicon: Why I Will ..."
"COVID-19 has changed my point of view on this.I'm not willing to divorce an abusive ..."
Theodore Seeber Enabling Abusers: On Divorce and Remarriage
"Completely agree. Yes, inconsistency of the position of those Catholics (and I don’t dare to ..."
mcepl A Painfully Familiar Reason for Using ..."
"The hair-splitting comes when sex at naturally infertile times of the month is then considered ..."
Carl Antuar A Painfully Familiar Reason for Using ..."
Browse Our Archives
get the latest from
Catholic
Sign up for our newsletter
POPULAR AT PATHEOS Catholic
1