My Gay Albatross: What To Do When Your Kid Comes Out Queer?

My Gay Albatross: What To Do When Your Kid Comes Out Queer? July 20, 2016 Melinda Selmys 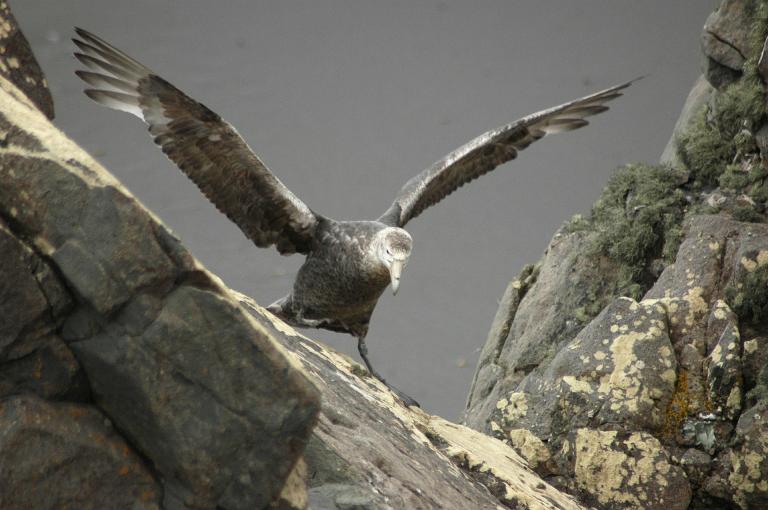 I want to touch on a delicate subject, one that I write about frequently in private correspondence but don’t generally talk about in public: the question of what traditionally-minded Catholic or Christian parents should do when their child comes out as LGBTQ.

Most of the advice that I’ve seen out there falls cleanly into the standard ideological divide on LGBTQ issues. On the one hand, there’s advice for how to fix your gay kid, how to prevent your kid from becoming gay in the first place, how to practice “tough love” in an attempt to turn your kid back to the right path, and so forth. On the other, you are ordered to immediately and enthusiastically accept, support and cheerlead your child’s LGBTQ identity. Any expression of anything other than complete and total enthusiasm is unacceptable.

This puts Christian parents in a more or less impossible position: shamed on the one hand for having a queer child, and shamed on the other hand for having a traditional sexual ethic. They are put in a bind where everything that they have done in the past and everything that they are doing now is wrong, the pressures are immense, their relationship with their beloved son or daughter is at stake – as is their eternal salvation and the eternal salvation of their child – and everything they feel as a result of this is evidence that they do not love, or that they love in the wrong way. No matter what approach they take, there will be a chorus of voices telling them that they have chosen wrongly, and that because of this choice they are an evil bad person who does not really love their kid.

Let’s start with a validation of grief. Every parent, regardless of their political beliefs or ideological affiliations, has hopes, dreams and expectations concerning their children. It is extremely common for parents to face a crisis at some point in their relationship when they realize that, in some significant way, the child is never going to fulfill those dreams. For the parent, this really sucks and it makes the relationship seem unstable. You want to be proud of your child, but your actual emotions are of overwhelming sorrow. You feel like you’ve lost someone you love, but you also feel like you’re not allowed to feel that, because there’s your child, right there, waiting to be loved – and being hurt by the fact that you feel sad.

The result, more often than not, is a concatenation of conflicting emotions that feeds on itself. Sorrow becomes guilt, guilt becomes anger, anger becomes more guilt, guilt becomes despair, despair leads to lashing out, and lashing out damages the relationship further and leads to more sorrow. It’s an endless circle of horribleness, so what do you do? Probably, like most humans drowning in pain, things that don’t make any rational sense. Cling to false hopes, chase after miracle cures, pray for the problem to just go away. Try to exercise draconian control over your child in a desperate bid to renormalize the situation. Or they may just break the relationship entirely so you can get the pain over with.

Validating grief is a step that we can take to break this cycle. It doesn’t matter whether the feelings are rational , because we have no control over what we feel. Our initial, instinctive feelings are involuntary. Getting angry about them is about as reasonable as having a river whipped for carrying off your bridge, or making war on the sea because it didn’t cooperate with your plan to invade Britannia. The only thing that can be accomplished by blaming a person (including oneself) for feeling the wrong thing is to compound the initial pain with guilt. If a gay man’s response to his straight best friend’s wedding announcement is not joy, but heartbreak, that’s his response – any attempt to pretend otherwise is going to be unconvincing. If a Christian parent’s response to their child coming out is not celebration but desolation, it’s the same thing. The feeling must be treated as a fact, not as a failure.

Once the feeling has been named and given permission to exist, then it’s possible to make headway towards healing and reconciliation. This is where you get to actually try to make rational decisions.

We have to recognize that what is being grieved is an impression that we had formed of what our child’s life would look like, and to a certain extent of who our child is or would be. It’s normal to feel like your child has changed, like you don’t know them anymore, like your entire relationship up to this point has been a sham. This feeling is actually really common in the development of human relationships (and, for that matter, in the development of our relationship with God as well), because we are constantly relating with our own ideas of how people are. For the most part children, especially, will try to play into those ideals for as long as possible in order to make us proud. But at some point, the child asserts an identity that is not the direct product of things that we have done and chosen – and the effect can be jarring. You feel as if your child has been lying to you all of this time, and you feel betrayed.

Really, what’s happening is an opportunity to deepen the relationship. This is painful, at first, because the first step involves the shattering of an older, more superficial relationship – one which was comfortable for a long time, but which eventually became constrictive. In most cases, the child has been feeling that discomfort for many years but has tried to keep it going because they fear disappointing their parents. They don’t intend to lie, and in many cases they have made heroic efforts to try to actually be the person that they think their parents want them to be. These efforts are the result of a deep underlying love and respect for mom and dad – and in every case that I know of, LGBTQ kids who have tried, and failed, to just not be queer feel a tremendous sense of failure and inadequacy when they realize that it’s impossible. What the parent perceives as betrayal, the child experiences as failure. The result is basically pain all round.

For the parent, it can help to realize that the child has not been deliberately lying or keeping secrets. Rather, they have been struggling alone because they were ashamed and didn’t want to burden their parents with their problems. For the child, coming out is often the end of a grieving process – they’ve achieved acceptance. The darkness has lifted, and now they want to be congratulated and accepted by others.

It can be helpful for children who feel saddened or confused by their parents feelings to remember that for a lot of us, coming to terms with being LGBTQ has not been an easy road. A lot of us have gone through a period where we tried to “pray the gay away,” or we’ve done things that don’t make sense to try to become straight, we’ve stayed up crying and hating ourselves for not being able to just make this stop, we’ve internalized homophobia, we’ve been angry with God or with ourselves or with our parents… All of the forces that pushed us to resist being gay in the first place are now exactly the same forces that are acting on your parents’ psyche. The same narratives of shame, failure, disorder, and sin. The same feelings of guilt, helplessness and rejection. It took us years to work through that crap — and it isn’t any easier for parents.

What Is To Be Done?

So what do we actually do? Basically, whether you’re a queer kid with Christian parents, a Christian parent with a queer kid, the answer is the same: focus on your own growth in virtue. Trying to fix your child, or trying to fix your parent, will result in pain and it will make the wounds deeper. You can’t do someone else’s spiritual growth for them, and you can’t bully them into doing it by making threats, withholding affection, controlling their behaviour or fighting with them. Instead, you need to work on you. What virtues do you need to cultivate to help move the relationship towards healing? Patience? Compassion? Forgiveness? Perseverance? Kindness?

I realize that this can seem unjust. No matter which side of the problem you find yourself on, the temptation is to blame the other person. They caused this. You shouldn’t have to go through this. They should get it together and be a better and more considerate human being. But here’s the thing: these conflicts are not unique to LGBTQ people and their parents. These are the essential conflicts involved in loving other humans. The tension between expectation and reality, our inability to control our own emotions, our inability to control another person’s emotions, the need for forgiveness, the process of reconciliation – these basic themes always characterize the drama of life. Whatever form they happen to take in our own life always feels like a special and unique injustice, but the fact is that these experiences are absolutely commonplace. Recognizing this can be a huge help towards breaking out of the feeling of isolation and victimhood, towards finding ways of reinserting oneself into the solidarity of the wider community, and towards rebuilding a new, better, and more authentic relationship with the person that you love. 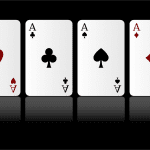 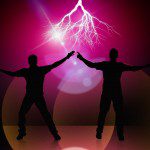 July 24, 2016 Is 'Turn or Burn' the Only Option?
Recent Comments
0 | Leave a Comment
Browse Our Archives
get the latest from
Catholic
Sign up for our newsletter
POPULAR AT PATHEOS Catholic
1

Unmasked: Pride, Malice, And The Spirit...
A Little Bit of Nothing
Books by This Author Books by Melinda Selmys