It’s Black Friday and the sales are going on on-line. It’s the time to buy and save without having to shove and poke and avoid bodily harm in the stores with obnoxious and insensitive people reaching for that cheap expensive TV.

While people are stocking up on material goods, we as Catholics know our true goods are in heaven waiting for us. That is God, the angels and saints. Our brothers and sisters. So for those of you who don’t feel a need to stock up on more junk you can’t take with you… here are some spiritual companions to stock up on and who can travel with you on your journey across time into eternity.

Here is the Catholic Bard Black Friday Special of

Venerable Pierre Toussaint (June 27, 1766 – June 30, 1853) was a Haitian-American hairdresser, philanthropist, and former slave brought to New York City by his owners in 1787. Freed in 1807 after the death of his mistress, Pierre took the surname of “Toussaint” in honor of the hero of the Haitian Revolution which established that nation. In 1996, he was declared “Venerable” by Pope John Paul II.

After his marriage in 1811 to Juliette Noel, Toussaint and his wife opened their home as an orphanage, employment bureau, and a refuge for travelers. He also contributed funds and helped raise money to build Saint Patrick’s Cathedral on Mulberry Street. He was considered “one of the leading black New Yorkers of his day.”  His ghostwritten memoir was published in 1854.

Toussaint is the first layperson to be buried in the crypt below the main altar of Saint Patrick’s Cathedral on Fifth Avenue, normally reserved for bishops of the Roman Catholic Archdiocese of New York.

John Carroll SJ (January 8, 1735 – December 3, 1815  was a prelate of the Roman Catholic Church who served as the first bishop and archbishop in the United States. He served as the ordinary of the first diocese and later Archdiocese of Baltimore, in Maryland, which at first encompassed all of the United States and later after division as the eastern half of the new nation.

Bishop Carroll is also known as the founder of Georgetown University (the oldest Catholic college / university in the United States), and of St. John the Evangelist Parish of Rock Creek (now Forest Glen), the first secular (or diocesan, meaning that its clergy did not come from monastic orders) parish in the country. 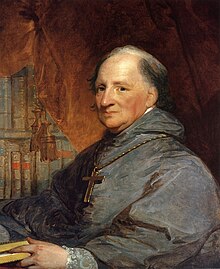 Charles Carroll was an American statesman, a wealthy Maryland planter, an early advocate of independence from the Kingdom of Great Britain and one of the signers of the American Declaration of Independence. The sole Catholic signer of the Declaration,  he is one of the Founding Fathers of the United States. 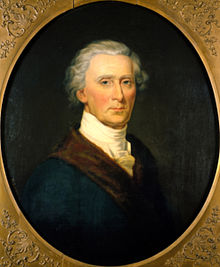 Servant of God Mother Mary was an Black Catholic religious sister who founded the Oblate Sisters of Providence, the first African-American religious congregation.

Servant of God Julia Greeley (ca. 1833-48 – 7 June 1918), was a Black American enslaved woman, later freed by the Missouri Legislature. She is now known as Denver’s Angel of Charity because of her aid to countless families in poverty.

Father Edward Joseph Flanagan (July 13, 1886 – May 15, 1948) was an Irish-born priest of the Catholic Church in the United States. He founded the orphanage known as Boys Town located in Boys Town, Douglas County, Nebraska, which now also serves as a center for troubled youth. 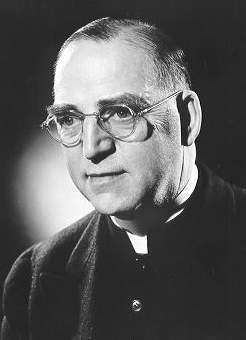 Reverend Fr. John M. Corridan (1911-1984) was a Jesuit priest who fought against corruption and organized crime on the New York City waterfront. He was the inspiration for the character of “Father Barry” in the classic film On the Waterfront. 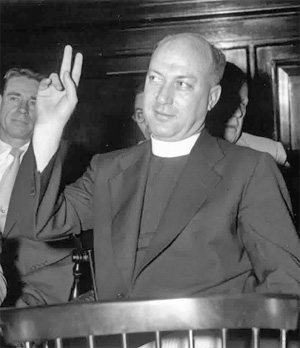 In 2013, Kapaun posthumously received the Medal of Honor for his actions in Korea. He is the ninth American military chaplain Medal of Honor recipient.

Blessed Andrew is known as the “Protomartyr of Vietnam.” Baptized in 1641, he was a dedicated assistant to Jesuit missionaries and was thus arrested in the purge of Christians launched in 1644. After refusing to abjure the faith, he was put to death in Kẻ Chàm.
Blessed Antonia Mesina: Age 15  (21 June 1919 – 17 May 1935)

Blessed Antonia was an Italian Roman Catholic and part of Catholic Action. Mesina was murdered in mid-1935 after she attempted to fend off a would-be rapist and suffered 74 strikes with a stone before she died.
Blessed Rolando Maria Rivi: Age 14  (7 January 1931 – 13 April 1945) 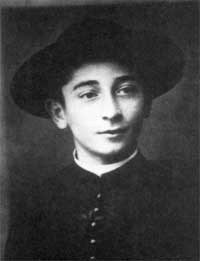 Blessed Rolando was an Italian Roman Catholic seminarian.  Rivi was noted for his studious and pious nature with an intense love for Jesus Christ which was evident through frequent confession and the reception of the Eucharist; he was amiable to all and wore his cassock with great pride to the point where he affirmed that he belonged to Christ and His Church. Accusing him of having spied for the Nazis, Communist partisans murdered him “in odium fidei” (in hatred of the faith) towards the end of World War II in Modena because he was learning to become a priest added with their extreme hatred of the faith.

Rivi’s holiness was well-noted in his lifetime and people began to hail him as a saint after his vicious murder in which people called for him to be beatified.

Venerable Maria was a Spanish secular member of Opus Dei. Grases became part of Opus Dei on 24 December 1957 after she discerned whether or not her path would allow her to join their ranks. Her cheerfulness and friendship with others made her a known figure for her piousness and her compassionate nature towards the poor and the ill since she would often catechize to children and tend to the poor in the poor regions in Barcelona alongside her friends. Grases further continued her studies despite her bone cancer and she continued to demonstrate a cheerful demeanor centered on offering her suffering for Opus Dei’s founder Saint Josemaría Escrivá and for both Pope Pius XII and Pope John XXIII who both reigned during her illness.
Venerable Angela Lacobellis: Age 13  October 16, 1948, Rome, Italy  March 27, 1961, Naples, Italy

Angela was born in Rome on October 16, 1948. Her beautiful smile was a shining reflection of a purity very much grounded in her sensitive spirit.

She loved the Virgin Mary with incomparable and unspeakable affection. The Rosary was always her companion during her entire brief pilgrimage on earth.

Endowed with a very exuberant personality, Angela radiated optimism and courage to all those who were fortunate to meet her.

She endured with great patience the painful suffering caused by leukemia; and with as much heroism she gradually detached herself from everything she had always loved.

How much dignity and strength Angela showed during her long and heroic periods of silences! She preached by her example of total confidence and trust in God.

She often used to say:
“Come, all who are weary and heavy laden; give to me all your troubles and pains. I will bring them to Jesus, and all your great lions will turn into little lambs!” 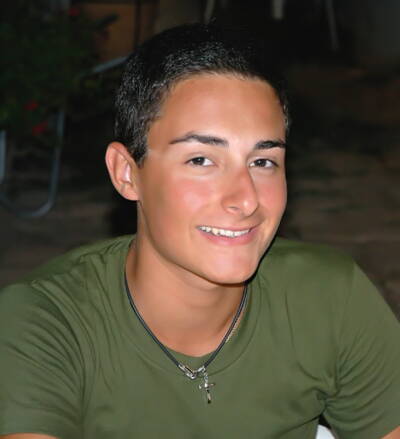 Farina spent his entire life in Brindisi where he was an excellent student who developed a passion for science and for music (which came from his father) and who was noted for his devotion to Saint Pio of Pietrelcina and Saint Francis of Assisi, as well as to other saints who were close to him in age.[2][3] He spent the last decade of his life struggling with a brain tumor that later led to his death; he was forced to seek treatment outside of Brindisi in attempt to remove the tumor.[3]

Farina’s reputation for personal holiness was evident throughout his life.

Servant of God Darwin was a Filipino street child affected by and died from Duchenne muscular dystrophy.

He discovered Catholic faith when he was 11 years old. Darwin Ramos could become the first non-martyr Saint of the Philippines.

She was a Spanish Roman Catholic professor and a member of the Opus Dei personal prelature.  She was one of the first women to join Opus Dei, after meeting the founder Josemaría Escrivá in 1944. She helped start Opus Dei in Mexico and also collaborated directly with Escrivá in Rome. A serious heart condition eventually claimed her life in 1975.

Her beatification was celebrated on May 18,2019 in Madrid.

Learn more about her here… My Latest Heavenly Patron

The goal in this article is not to deliver an original expose of Saints Lives it was to give you an intro and overview of Certain Saints lives. It was information copied exactly from an already established source that has already said it as exactly and accurately as possible. That source was Wikipedia which I find gives you pretty good info on various topics.  Catholic Apologist and Mysterious World podcaster links to Wikipedia articles in his show-notes because he believes it a pretty good source of information. If it’s good enough for Jimmy it’s good enough for me.

November 26, 2020
While Americans Were Home Eating Turkey, This Happen...
Next Post

November 29, 2020 Happy New Year: Advent is Back
Browse Our Archives
get the latest updates from
Catholic Bard
and the Patheos
Catholic
Channel
POPULAR AT PATHEOS Catholic
1

The Dangers Coming From the 2021...
A Little Bit of Nothing
Books by This Author Books by Catholic Bard

Catholic
On the Road to Blessed Sainthood
Catholic Bard 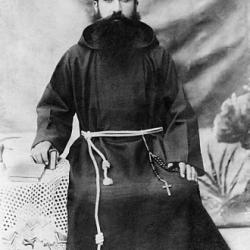 Catholic
Next to Be Blessed and Sainted
Catholic Bard 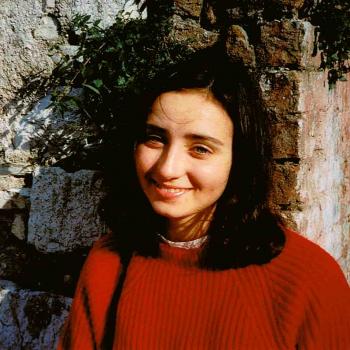 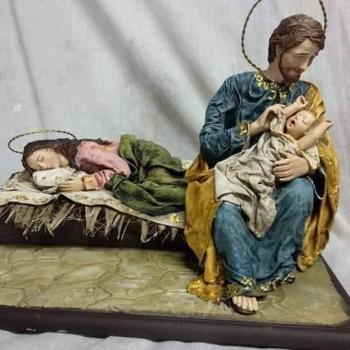 Catholic
Let Mary and Joseph Sing to You at...
Catholic Bard
TRENDING AT PATHEOS Catholic