See how the Word stooped down to us, Church Fathers: 028 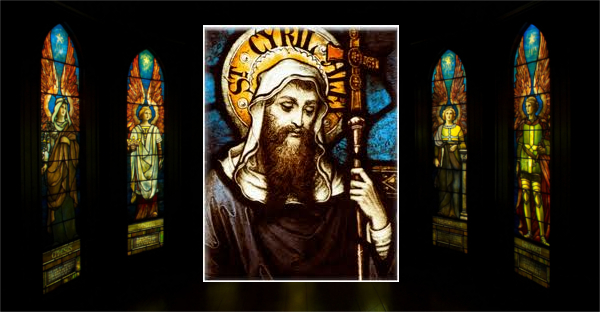 One of the most profound verses in Scripture, says St. Cyril of Alexandria, is the little verse where Luke tells us that Jesus grew up in the ordinary human way.

“And the child grew and became strong, filled with wisdom; and the favor of God was upon him” (Luke 2:40).

To say that the child Jesus grew, and became strong, filled with wisdom, and the favor of God was upon Him, must be taken as referring to his human nature.

Look closely how profound this dispensation is: the Word tolerates being born in human fashion, although in his divine nature he has no beginning and is not subject to time. He who as God is all perfect, submits to bodily growth: the Incorporeal has limbs that advance to the ripeness of manhood. He is filled with wisdom who is himself all wisdom.

What can we say to this? By these things he who was in the form of the Fa­ther is made like us. The Rich is in poverty; the High is in humiliation. He who, as God, possesses everything, is said to be “filled.” So thoroughly did God the Word empty himself !

And the things that are written of him as a man show what kind of empty­ing it was. For it would be impossible for the Word begotten of God the Father to admit anything like this into his own nature; but when he became flesh, a man like us, then he was born according to the flesh of a woman, and is said also to have been subject to the things that belong to human nature. Though the Word, being God, could have made his flesh spring forth at once from the womb as a complete and perfect man, yet this would have been of the nature of a portent: and there­fore he gave the habits and laws of human nature power even over his own flesh.

When I meditate on the human childhood of Christ, does it help me see Christ in the children around me? Even the annoying ones?