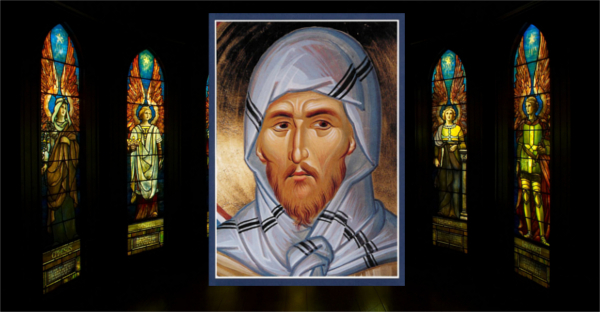 Learn persuasion from the Lord

Simon the Pharisee was not rebuked sternly when he misunderstood the Lord’s mission, says St. Ephrem the Syrian. Instead, the Lord used a parable to lead him gently to the truth.

But why instead of a stern reproof did our Lord speak a parable of per­suasion to that Pharisee?

He spoke the parable to him tenderly, so that he, though headstrong, might without realizing it be enticed to correct his perversities. For the waters that are frozen by the force of a cold wind are gently dissolved by the heat of the sun. So our Lord did not at once oppose him harshly, that he might not give occasion to the rebellious to rebel again. But by gentle enticement he brought him under the yoke, that when he had been yoked, he might work with him, though rebellious, according to his will.

Now, because Simon was proudly minded, our Lord began humbly with him, that he might not be to him a teacher according to his folly. For if that Pharisee retained the Pharisees’ pride, how could our Lord cause him to acquire humility, when the treasure of humility was not under his hand? But since our Lord was teaching humility to all, he showed that his treasury was free from every form of pride.

But this was for our sakes, so that he might teach us that whatever treasur­ies pride enters into, it is by boastfulness that it gains access to them. Our Lord bestowed most of his helps rather by persuasion than by reproof. For the gentle shower softens the earth and penetrates all through it; but violent rain binds and hardens the face of the earth, so that it does not receive it. A harsh word excites wrath, and with it are bound up wrongs. And when a harsh word has opened the door, wrath enters in, and at the heels of wrath, along with it enter in wrongs.

When I think someone needs correction—a child, someone who works for me, or anyone under my authority—will the example of Christ help me correct without harshness?

Blessed be that Merciful One, who did not lend himself to harshness, but without constraint conquered by wisdom, giving an example to us, that by virtue and wisdom we might conquer discerningly.

July 5, 2015 CBB Interview: Brian Kennelly and Tan Homeschool
Recent Comments
0 | Leave a Comment
Browse Our Archives
get the latest from
Catholic
Sign up for our newsletter
POPULAR AT PATHEOS Catholic
1