Below is Part 2 of a two-part series. Read Part 1 here.

The term ‘trifecta,’ as I use it here, describes a situation where three elements come together at the same time, much like a ‘perfect storm,’ or confluence, causing drastic consequence. In our current environmental context, I believe those elements to be population growth, extraction/ consumption levels and environmental degradation/climate change. I see these as related in a linear way, which is precisely why they lead to un-health.

Our species has become adept at survival. Not only survival but domination. Domination in which we ‘excel’ to the extent that the whole is diminished. Unimpressed with balance, our desire for more and the biological extension of the same – multiplication – allows us to (temporarily) flourish in unsustainable ways.

Statistics have shown us that we begin to moderate our numbers naturally once our primary needs are met. Education and poverty alleviation are, counterintuitively, the factors that contribute much to more sustainable birth rates. Unfortunately, almost half the population of the earth is still in survival mode, having not yet achieved their basic needs and without the means for adequate levels of education. The result is exponential growth with no self-imposed limit in sight.

Could it be that the imbalance created when a few overconsume leads to further imbalance with others who over produce?

Manwhile, our hunger for more food, material and energy drives us to greater levels of extraction at the expense of the biodiversity of the planet. As we consume more, the combined side effects of a denuded environment, toxic waste and pollution lead to climate change. It shouldn’t really be all that mysterious. Too many of us using too much make a mess greater than environmental systems can absorb and at a rate faster than they can recover from. Unsustainable!

So, what’s our way out?  Here is where ‘trinity’ comes in.

Unlike the linear, dualistic system described above, trinity is cyclical – giving, participating, receiving – a ‘circle dance of love’ as Richard Rohr would characterize it. Rohr describes trinity as something that all of creation participates in with God as the ground of being, the radical relatedness, the flow, the perfect communion.

In our linear, dualistic system, the flow is only in one direction – outward but not inward. Extractive. In trinity, there is no domination.  Instead, each is given to the other and receives from the other. The Father loves, holds and creates; the Christ is born in and for all things and then dies for the sake of new Life; the Spirit emanates and woos and quickens and carries the Love-process forward.

The trinity. The pattern of the universe.

You get the basic difference between trifecta and trinity, so how does that address the needs of an ailing planet?  Basically, if we realize that we’re a part of a cosmic system based on goodness and love, we’ll stop blocking the flow of that love (a great definition of sin!) and through our actions, begin to live as if what we are privileged to be a part of also requires something of us.

In order for us to receive love, we have to give it – that’s how flow works.  Love of/from God, love of neighbor, love of self. Most of us understand this in the context of a personal relationship or marriage, why can’t we extend it outward towards ‘the other?’

Nature and the environment are both us and the ‘other,’ our neighbor. While it’s unlikely that most of us would knowingly go about destroying ourselves, that’s precisely what we are doing as a species when we participate in totally unsustainable methods of extraction and consumption, claiming more than we need at the ultimate expense of the poor and the planet.

Think of it too in terms of renewable versus non-renewable. Non-renewable is excessive fosil fuel extraction, pollution and global warming – a linear disaster. Renewable is power from the wind and sun, less pollution, less extraction. Non-renewable is a population growth rate that results ultimately in massive die off of us and other species.

Renewable is curtailing our own reproduction to allow room for the maintenance and expansion of other parts of our ecosystem. Non-renewable is the ‘un-neighborly’ production and excessive consumption of anything – corn, beef, ipods, cars, electricity, etc., to the extent that natural systems are harmed, polluted to the point of being unproductive.

More or less?  Sustainable or unsustainable?  Renewable or unrenewable?  Trinity or trifecta?  Which will it be?  The shape and future of our planet are affected by how we choose to proceed.

Remember, at birth we are infused with the gift of creation. We ‘sin’ when we use all that creative potential for our own consumption, blocking its flow to the other. We are ‘saved’ to the extent that we recognize that we are part of a much larger whole, the source and power of which is more than us as individual persons, communities, races, or species.

How will we use our creative gift to the glory of God?

Sam Harrell has lived most of his life in East Africa where he engaged the people and the land in the context of community-based development as director of Africa Exchange, a non-profit organization in Kenya. The proximity of his work at the intersection of natural systems and human survival provides a unique perspective from which to engage the future. Sam currently facilitates the work of global field personnel as associate coordinator of Global Missions for the Cooperative Baptist Fellowship. 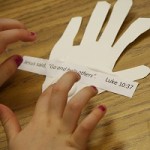 January 2, 2017
Church:  Where kids learn from adults and adults learn from kids
Next Post 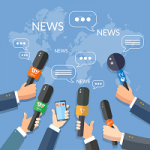 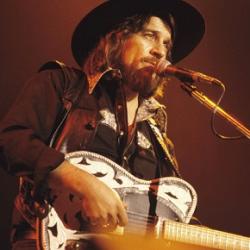 Progressive Christian
Everything I Know About the Doctrine of the...
Cooperative Baptist Fellowship 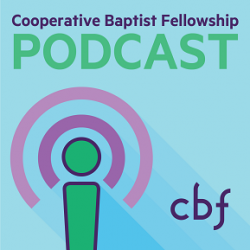