Would You Worship Next to a Trump Supporter? Things Pondered from a Construction Site Jesus

Would You Worship Next to a Trump Supporter? Things Pondered from a Construction Site Jesus May 21, 2018 Guest Contributor

Recently I was walking through my Washington, D.C. neighborhood when I spotted a construction site where a local church was building a new home.

Colorful banners affixed to a chain link fence partitioned off the construction zone, heralding the congregation as “A progressive church for a progressive city” and featuring a depiction of Jesus with his face in his hands alongside several blocks of large “quotes” saying things like:

“The President said what?”
“Yes, science is real.”
“What is it with America and guns?”

I didn’t wholly disagree with the sentiment.

After all, a person who degrades women on Twitter, mocks the disabled, and says he’s never needed to ask for forgiveness has surely broken the heart of God, but my Bible reminds me that I have too.

I believe in science, as does every conservative I know – despite this banner’s not-so-subtle insinuation otherwise – and many of us hope to see it equally applied when defending the care of God’s good Earth and acknowledging the humanity of the unborn children in it.

And, while I support your right to the 2nd Amendment, I don’t particularly wish to exercise it myself.

My thoughts flashed to an old colleague now working in President Trump’s administration. After years away from church, would the partisan undertones of the message outside these doors add to his trepidation about a possible return?

I remembered a gun toting loved one. Would this message cause him to think that his faith and the way he chooses to protect his family were somehow mutually exclusive?

Evidence of congregations ratcheting up the political rhetoric is not just anecdotal. Polling shows that 14% of church attendees report being encouraged to vote for or against a specific candidate during the 2016 election, while a Wall Street Journal headline earlier this month declared that “Anti-Trump activism is reviving protestant churches.”

I don’t know about you, but that’s not the kind of revival my wandering heart needs most.

Of course, this trend isn’t unique to progressive congregations. For every church using their platform to declare that President Trump and his Republican supporters can do nothing right, there’s a Robert Jeffress and Franklin Graham ready to tell you they can do no wrong.

Pastor and author Tim Keller spoke about this climate recently, lamenting that “there is now a red and blue evangelicalism.”

Moderate, mainline, and justice-seeking churches should be especially wary of such partisan and divisive messages because we remember what it was like when the shoe was on the other foot.

We balked at evangelist John Piper’s condemnation of women in Christian leadership.

We winced at the unfeeling tenor of the “Nashville Statement.”

And we swiftly rebuked a denominational leader’s dangerous legalism over divorce.

Over the years, many of our churches stood athwart this trend with expressions of goodwill and statements of inclusion to proclaim that the gospel is good news for all people.

“All are welcome,” reads our signs.

“A diverse community of faith,” promises our bulletins.

Still, however, we are human, and every now and then we see a message like that construction site interpretation of a modern-day Jesus’ thoughts which seems to hit a different note.

So maybe we are right to ask: does diversity in our church include diversity of political thought?

If we will welcome the refugee, disabled, poor, LGBT, or unbelieving neighbor to our table – and heavens knows we should with gladness – will we also extend our arms to the card-carrying NRA member from the Southern Baptist church who wears his MAGA hat with pride?

Can we admonish our siblings in the faith to fulfill our Matthew 25:35 responsibility to the hungry, the poor, the sick, and the stranger – recognizing this will often require wading into matters of public policy – without wrapping our exhortation in needlessly hyper-partisan packaging?

And can we do it all without putting our words in Jesus’ mouth?

If I pose these questions to myself and answer honestly, I haven’t always said “yes,” but then I stop to remember some of the believers who have guided me in my messy, meandering faith journey.

They did not try to enlist me in the Moral Majority or recruit me to #resist, they simply pointed me to Jesus.

And they recognized that while Christians may never feel fully at home with the Democrats or Republicans, the party faithful in both camps should always be able to find a home among our pews.

I have got a long way to go – I’ve conflated spiritual formation and political affiliation more times than I can count – but I sure hope to follow their example.

Now, when I think of those looking to unearth the good news of the gospel beneath the noise of these politically polarizing times, I am learning to ask, “Make it so, Lord, and let it begin with me.”

Jonathan Frank is a communications professional and former Congressional aide residing in Washington, D.C. He attends First Baptist Church of the City of Washington D.C. 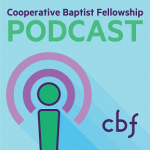 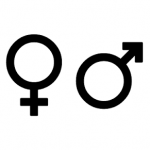