A Picture of Tragedy: Abortion’s Aftermath

Huddled down, weeping, and undoubtedly questioning the decision to end her child’s life, the young woman pictured here, had only minutes before walked behind that wobbly chain link fence hoping for a resolution. She longed to find freedom from the cluster of cells that put chains on her future. Instead, she will likely spend a lifetime wrestling with the chains of guilt and regret for killing a child.

The image was taken a week or so ago by Christians who pleaded with the woman and her partner for hours prior to them going inside to have an abortion in a Reproductive Health Services building. When they emerged, the Christians remained silent and just watched as the young girl broke to pieces in front them. Sometimes, silence says more than words ever could.

Tragically, she was only 1 of about 20 women who made the same decision at the clinic that morning.

This is a consequence of the pro-abortion movement that is frequently glossed over and spun: the aftermath. It’s easy to be pro-choice before you experience the reality of having an abortion. The human rights, equality, and freedom ethos sounds great at first. Not to mention, the sense of comradery, meaning, and “purpose” is ultra-convenient to a person longing for a worldview that encourages a promiscuous sexual ethic. When you toss in the vast vocal celebrity and media support, it’s understandable that so many are deceived and buy the sales pitch that abortions are healthy and normal.

The empowering tone of the left’s rallied message, “your body, your choice” has been lying to women for decades to believe they can pursue a licentious sexual ethic that is consequence-free. However, the long-term effect of this promised consequence-free causal sex epidemic is a brain washing that slowly diminishes a person’s worth down to little more than their sexuality; It demoralizes and objectifies women to a fault. Pregnancy is viewed as unfortunate punishment and hindrance to this lifestyle. This results in lots of abortions and lots of emotional and physical damage.

Planned Parenthood acknowledges, in full Gríma Wormtongue mode, that “woman experience a variety of emotions after an abortion.” But pay close attention to how they sugar coat the message, “Feelings of relief, sadness, elation, or depression are common and may be strong due to the hormonal changes that occur after an abortion. Most women find these feelings do not last very long.”

The truth is the effects of abortions do last long. WebMD reports that that “Women who had abortions …were twice as likely to feel guilty about the event five years later and 60% more likely to feel shame, as measured by psychological testing.”

The post-abortion physiological aspects are often compared to the “shell-shock” that soldiers experience post war.  Studies show that within the first few weeks of an abortion 40-60% of women experience negative reactions. Within the first 2 months 55% experience guilt and 44% report nervous disorder (1). 10% develop what is described as “serious psychiatric complications” (2). Other complications include depression, anxiety, chronic crying, sterility, self-hatred, drug abuse, cervical damage, and even suicide.

My friends, there are not enough rallies, marches and Planned Parenthood propaganda available that can appropriately respond to the damage caused to mother (and child) after an abortion.

One of the most interesting and telling findings from post abortion studies found 1/3 of all women who have an abortion “develop an intense longing to become pregnant again to ‘make up’ for the lost pregnancy.” As you might expect, the problems that surrounded the initial pregnancy are usually still present in the subsequent ones. So, the common path is another abortion.  A tragic cycle (3).

Yet it drives the question, if what many of these women want is the consequence-free sex lifestyle they have been promised, why would their psychological make-up compel them to want more children after having an abortion? The question is even more puzzling given that most of these women would say they are just removing some cells from their body and not actually killing a child.

I argue that, it’s because somewhere deep inside of them they know it’s a child they removed from their bodies. Small beginnings, but as human as you or me. They know that the cells inside of them were a full person who will soon develop preferences, opinions, facial features, eye color, and teeth. They long for pregnancy because they hope that having a child will somehow undo or purge their sin. I’ll add that no one has ever struggled with self-hatred after removing a benign tumor.

My heart breaks for the woman pictured here and the pain she will undoubtedly endure in coming years. She was never prepared for this. Whatever advertising convinced her an abortion is within her rights, healthy, and normal has forsaken her. Her principles and ideology have abandoned her in a parking lot with a cheap sign that reads “abortions are healthier than doughnuts.”

Healthier?! According to some studies she is 10 times more likely to commit suicide in the next six months because of this choice (4)!

The only real hope for this woman, and any other woman who has had an abortion, is the hope, forgiveness, and reconciliation found in Jesus Christ. He alone offers a solution for the problem of remaining sin and guilt. He can do this because he bore the consequence of the sin you (and I) deserve on a cross almost 2,000 years ago. He died to secure forgiveness for sinners, like you and me.

As much as the pro-abortion movement hates Christianity, it will never be able to offer anything like this. You can go to as many counseling sessions and support groups as you like, and it might help you deal with symptoms of an abortion like depression, sexual dysfunctionality, and so on. But, it will never provide an adequate solution for the guilt that comes from murdering a child. Jesus offers to wash you whiter than snow; run to Him while you still can!

As Pastor John Piper once said, “Jesus did not mainly come to stop abortions in this world. He came mainly to die for abortion committing sinners.”

If you have have had an abortion and would like to learn more about the forgiveness and hope found in Jesus, or you are pregnant and want to discuss options other than abortions, please message us on our Facebook Page (it’s the easiest way to reach us) and we can get you in touch with the right people to help you.

There is an abundance of help available for someone in need of alternatives to an abortion. Hope is not lost! 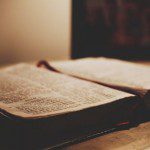 June 12, 2017
Why You Should Never Separate The 10 Commandments From The Prologue
Next Post 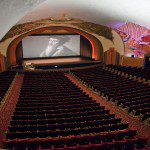 The Real Reason Why Scandinavians Are...
Cranach
Related posts from The Chorus In The Chaos