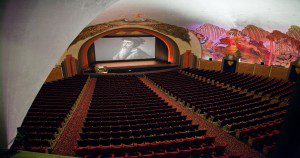 Dorothy Sayers once wrote, “In the greatest fiction, the writer’s moral sense coincides with his dramatic sense, and I see no way for it to do this unless his moral judgment is part of the very act of seeing, and he is free to use it.”

Two of this Summer’s biggest movies are works of fiction with a strong moral sense. While neither of the films was written, to my knowledge, by someone who claims Orthodox Christian faith, they both arrive at truths that are consistent with Christian, particularly Calvinistic, doctrine.

In this essay, I will try not to spoil any plot points, but I will talk about some of the philosophical conclusions reached by the film, which may qualify as soft spoilers. So consider yourself warned.

Edgar Wright’s action film Baby Driver centers around a young man named Baby who is the driver for a group of criminals. Baby wants out of the crime game but can’t seem to get free. He doesn’t consider himself a criminal and the film has a clever way of telling us about Baby’s point of view: he always wears sunglasses, listens to music via earbuds, and rarely speaks. In other words: see no evil, hear no evil, speak no evil.

Patty Jenkin’s blockbuster film Wonder Woman is driven by a woman, Diana Prince, who sees herself as a savior of sorts, a daughter of the gods who can save humanity during World War I by defeating the spiritual source behind the war, namely the god Aries. Diana’s worldview is challenged by a soldier she meets named Steve Trevor, who believes that war is a lot more complicated than the influence of one god, that it’s the result of a lot of people with a mix of good and bad motivations. Diana sees herself, and her race of women, as being essentially good, and so she assumes that humanity is much the same.

John Calvin is possibly most well-known in modern times for two doctrines, predestination and total depravity. Calvin’s view of depravity, however, has often been misstated (I once heard a professor say- wrongly- that Calvin’s view of a baby is as a bundle of pure evil). A better understanding of Calvin’s teaching on sin might be known as ‘pervasive depravity,’ the idea that sin reaches every part of us, but not that we are completely evil or as evil as we could be.  We still retain the image of God in us, but are in bondage to our sin apart from God’s redeeming grace. As Calvin once wrote, “Original sin may be defined as the hereditary corruption and depravity of our nature. This reaches every part of the soul… and produces in us what Scripture calls works of the flesh.”

I’ll never forget the time I realized that sin was more than just lying or lusting, but that it was a deeper, more pervasive influence in every part of my life. I was working at a Christian summer camp and the director and I had a disagreement. Instead of talking with her about my issues, I bad-mouthed her to another counselor. That counselor told me that I was being passive-aggressive and that I needed to speak to the director directly. I realized as I reflected on that conversation that I was afraid to get into conflict with her because I feared what she might think of me. This led to me realizing that I was captive to other people’s opinions and approval of me, while also not knowing how to deal with my own selfishness and disregard for other peoples’ reputations. I was a mess relationally, and I couldn’t figure out how to work my way out of it. I had become a Calvinist in my head, but I think that day I became a Calvinist in my heart: I realized how deeply the effects of sin had me befuddled and how I needed Jesus so much more than I could even verbalize.

In Baby Driver, there is a moment when Baby’s sunglasses get symbolically broken and he begins to see deeper truths about his situation and about himself. He sees that he is going to have to commit some evil acts in order to get out of his situation. He becomes a more complicated hero, giving in to his hate as well as his love, while not being able to get himself out of the brokenness of his situation.

In Wonder Woman, there is a similar moment when Diana realizes that humanity is more complicated than she had previously thought, that there is inherent evil in people. Yes, there are forces on a spiritual plane influencing earthly action, but the evil in peoples’ hearts is enough to destroy the world. This is subversive for the action genre, since, as Jacob Krueger says in his Write Your Screenplay podcast, it threatens “the fundamental assumption of all action movies: that we’re the good guys and they’re the bad guys– and that all we have to do to make a better world is find a way for the good guys to win.”

We might wish that there were a better understanding of God’s providence in these films. As Calvin writes, “The Christian heart, since it has been thoroughly persuaded that all things happen by God’s plan, and that nothing takes place by chance, will ever look to him as the principal causes of things, yet will give attention to the secondary causes in their proper place.”

And we might wish that there were a sharper view of redemption in these films. Calvin comments on what comes after a true understanding of depravity, “Only those who have learned well to be earnestly dissatisfied with themselves, and to be confounded with shame at their wretchedness truly understand the Christian gospel.” However, there are hints that a greater redemption is necessary. As Steve tells Diana near the end of Wonder Woman, “Only love will truly save the world.” A generic love keeps Diana and Baby going and helps rescue them. How much greater if they knew that love has a name and is the true God-man who is saving the world. 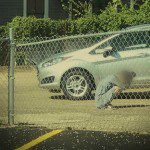 June 22, 2017
A Picture of Tragedy: Abortion's Aftermath
Next Post 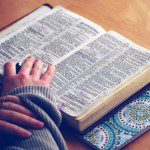