Anti-Culture Rhetoric is the Authority of the Liberal Church

Anti-Culture Rhetoric is the Authority of the Liberal Church May 11, 2016 Grayson Gilbert

Carl Trueman has posted a couple of articles over at First Things (here & here) which aptly demonstrate the rise of the anti-culture. Essentially, his argument is that we are witnessing the collapse of American culture, being that the dictated norms of society are governed by what he has coined as the “Unholy Trinity” (the entertainment industry, big business, and legal institutions), which are intentionally disconnecting the culture from any accountability of the past and future.

…for those saps who use the word “culture” but really mean “pop culture” and therefore assume that a posturing Lady Gaga or the “artistic contributions” of some slack-jawed twenty-something with ill-fitting trousers, a pair of over-priced sneakers, and a recording contract qualify as examples of such, then yes, we do still have culture of a sort. But if we define it as the elaborate structures and materials built in to the very fabric of society for the refinement and transmission of its beliefs and its forms of life from generation to generation, connecting past, present, and future, then we really have none. None at all. – Carl Trueman

When infractions are met against this alliance, their lackeys rise to drown out the cries of opposition, withhold their businesses, institute law against those upholding religious conviction, or surreptitiously curate the trends and remove potentially “offensive” content. The simple issue being: if the anti-culture, dictated by the Unholy Trinity, guides the moral compass, what one finds offensive is only that which runs contrary to the sanctioned mores.

In some respects this is a good thing; no one in their right mind believes all offensive material ought to receive express right for legal permission, societal sanction, or supported by big business. For example, many would rightly call out against the promulgation of sexual abuse against children, but what about a general attraction toward them? All one must do is a quick, carefully-worded google search, to see articles by mainstream news-media outlets speaking about the normalcy of attraction toward pre-pubescent children – so long as no harm falls upon a child. While this is conventional “altruistic” therapy suggests cartoon or illustrated CP as a potential healthy alternative, the normalization of such attraction is simply demonic and disconnects moral culpability from the simple act of lust.

However, this substitutionary CP suggestion received no large public outcry or pushback from other liberal media sites that have shown the results of “normal” pornography in the neural synapses. These same which decry against the mistreatment of women support unbridled sexual deviance, echoing of another Trueman article demonstrating the herald of “the sempiternal orgiast, the true hero of our time.”

As with all things – the church is no exception to the anti-culture rhetoric. As the functional entity representing Christ and His gospel, one might think the church to represent a culture all of its own, the substance of which being derived from the scriptures. Yet with many claiming to be the unspotted bride of Christ, the substance of their structural polity and practice is derived from the anti-culture rather than much related to the text. The natural progression to the anti-culture, of course, stemmed from the cues given by the previously existing general culture and elevated them above the primary witness of the scriptures. Naturally, the church is not an entirely static entity – yet its core identity and teaching is.

Yet not so with the 111 Methodist ministers who feel unable to serve at their full capacity because they’ve had to hide their true sexual identity. Never mind that this only serves to illustrate the example above so well wherein one’s sexual identity defines one’s giftedness and qualifications for pastoral ministry (Paul forgot to mention that to young Timothy and Titus). Never mind the Anglican Church, who is drumming through the last bit of moxie they have left to try and seek unity over the sexual ethic. When the anti-culture defines the morality of many in the church and subsequently dictates their interpretation of the scriptures – there is little fight left to prevent a schism.

Ample evidence has been given to demonstrate the illegitimacy of homosexual practice and sanction in the church – but the key to understanding why none of it has stuck, I believe, is due to the fluidity with which they approach biblical ethics and biblical interpretation. It has the inherently modern flavor of the anti-culture as proposed by the Unholy Trinity, ultimately showing the connection to one’s predisposition to the scriptures. More clearly, it evades any and all accountability from the past, present, and future. They deny historical accountability by rejecting the overwhelming historical consensus in the church, present accountability from global Christians who are predominately not of European descent, and evade future accountability from the God who will judge men for every idle word.

Instead, the Big Three continues to feed those being led to the slaughter in order to produce enough milk for their progeny who grow, fatted and knowing only the anti-culture which has raised them. Yet it is not enough to raise those intolerant of the truth; one must raise those who rabidly defend the anti-culture as the new culture, the more sophisticated culture, wherein the ideals of the past have no status and the ideals of the future are brought under submission to the sexually-charged rhetoric of the Unholy Trinity. 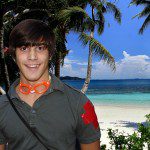 May 9, 2016
Teens Sense The Call For Missions Trip To Sandals Resort of Hawaii
Next Post

May 20, 2016 Stop Scrolling: 10 (More) Hidden Gems on Netflix
Recent Comments
36 Comments | Leave a Comment
Browse Our Archives
get the latest from
The Chorus In The Chaos
Sign up for our newsletter
POPULAR AT PATHEOS Evangelical
1