With the signing of the Reproductive Health Act into law (which permits abortion at any stage of development up until birth), abortion has become the center of the nations brief attention span. Further spurred by Kathy Tran’s proposal of a bill in Virginia that would allow abortion even once the mother had begun labor, and president Trump’s call to end all late-term abortion in the SOTU address, it might stay in the attention span a bit longer.

However, the radical abortion laws passed in New York and proposed in Virginia bring another question to the front: If it is morally permissible to abort a baby all the way up until birth, is it morally permissible to “abort” them after birth? This question came to the fore as governor Northam of Virginia commented on a radio program that according to the bill proposed by delegate Tran:

As many have pointed out, this is a straightforward endorsement of post-birth abortion, i.e. infanticide. And that raises the question for those who support abortion – why is abortion only permissible prior to birth? Why not post-birth? In other words, what’s wrong with infanticide?

To many this question may seem obtuse because infanticide is obviously wrong. Yet as early as 1979 bioethicist Peter Singer argued that killing an infant was nor morally equivalent to killing an adult because infants were not persons. More recently, in 2012 bioethicists Alberto Giubilini and Francesca Minerva argue the same point in their journal article, “After-birth abortion: why should the baby live?”

Giubilini and Minerva attempt to argue three things in their article, “(1) both fetuses and newborns do not have the same moral status as actual persons, (2) the fact that both are potential persons is morally irrelevant and (3) adoption is not always in the best interest of actual people.” I will focus most of my attention on the first argument since it is the most important to their claim and the others rely upon it – if it crumbles their whole argument crumbles.

They argue that “The same arguments that apply to killing a human fetus can also be consistently applied to killing a newborn human.” Whether it is some deformity or disability, or the result of economic, social, or other issues, their claim is that “When circumstances occur after birth such that they would have justified abortion, what we call after-birth abortion should be permissible… we claim that killing a newborn could be ethically permissible in all the circumstances where abortion would be. Such circumstances include cases where the newborn has the potential to have an (at least) acceptable life, but the well-being of the family is at risk.” Let me put that bluntly: if you don’t want, or can’t afford, your baby after she is born, you can kill her.

I shall quote one their concluding paragraph in whole:

“If criteria such as the costs (social, psychological, economic) for the potential parents are good enough reasons for having an abortion even when the fetus is healthy, if the moral status of the newborn is the same as that of the foetus and if neither has any moral value by virtue of being a potential person, then the same reasons which justify abortion should also justify the killing of the potential person when it is at the stage of a newborn.”

I don’t expect many readers to agree with their argument, but ask yourself: Why do I disagree? Particularly if you support abortion, can you make a cogent argument for why the newborn baby has the moral status of personhood just hours or minutes after he or she could be legally aborted? It is absurd and groundless to assert that mere location (inside or outside the womb) determines personhood. At least one part of their argument is correct: newborns and unborn babies have the same moral value. Where they are wrong is in asserting that both are not true persons with the right to life but instead employ a functional definition of personhood to deny unborn and newborn babies the status of person.

Those us use a functional definition of personhood (we’ll call them “functionalists”) argue that a being is a person (and therefore possessing the right to life) if that being possesses the quality X. What exactly X is varies and might be more than one thing, but all functional arguments take the same shape: If a being has quality X, then that being is a person. Because all functional arguments take this shape we can critique them all at once.

The main problem of functionalism is that it confounds function with essence or ontology. That is, it confuses functioning as a person with being a person. For example, when someone is asleep and he is not functioning as a person, but we would all agree he or she remains a person. Philosopher Peter Kreeft has shown the four ways functionalists try to use some personal characteristic to ground personhood and how each way fails.

Fourth, functionalists might argue that one is a person if one has the future capacity for personal act X. This definition would rule out dying people as well as clearly include unborn and newborn babies, because they have the future capacity to function as persons. Giubilini and Minerva explicitly reject this and any “potential persons” argument which would treat unborn and newborn babies as persons.

Yet the functionalist view of personhood is more incoherent still. Philosopher Francis Beckwith has pointed out that if you view someone as the same person before, during, and after falling asleep, you must admit to some metaphysical reality of personhood lying beneath all personal functions:

“To claim that a person can be functional, become nonfunctional, and then return to a state of function is to assume that there is some underlying personal unity to this individual that makes it intelligible for us to say that the person who has returned to functional capacity is the same person who was functional prior to being in a nonfunctional state. But this would mean that human function is a sufficient but not a necessary condition for personhood. Consequently it does not make sense to say that a person comes into existence when human functions arises. Rather it does make sense to say that a fully human entity is a person who has the natural inherent capacity to give rise to human functions. And since an unborn entity typically has this natural inherent capacity, she is a person.”[1]

To put in plainly – if you are the same person before, during, and after taking a Sunday afternoon nap, functionalism fails utterly as a definition of personhood.[2]

We can see the more sinister side of functionalism if we just ask the question: Who gets to decide what functions constitute the criteria of personhood? Who gets to determine who meets those functional criteria? Giubilini and Minerva explicitly do not give any age threshold at which they believe it would be wrong to kill a newborn child. They argue that since neurological development is the criterion for personhood, that decision must be made by neurologists and psychologists. It takes a discouragingly small amount of imagination to see where this leads – letting “experts” decide who is and who is not a person. It is simply the powerful giving themselves the ability to depersonalize the vulnerable. Those in power will be able to define the personhood of those who oppose them. Kreeft points out,

“When it is in the self interest of certain people to kill certain other people, whether fetuses, or the dying, or enemies of the state, or Jews, or Armenians, or Cambodians, or heretics, or prophets, the killers will simply define their victims as non-persons by pointing out that they do not meet certain criteria… Where there is an interest in killing persons, they will be defined as non-persons.”

I fear that if we continue down this path it will only be a matter of time until those in power start arguing that their political opponents are “non-persons.” Whether it is first used against religious fundamentalists, climate change deniers, immigrants, conservatives, liberals, etc. matters little – for it is a weapon that can be turned against any enemy. The argument is easy to make:

Step 1: Assume functionalism. E.g. persons are those who have a certain mental capacity.

Step 2: Define the functional criteria in a way to exclude your opponents. E.g. anyone who disagrees with me lacks this mental capacity since the facts are so clear.

Step 3: Label your opponents non-persons. E.g. Therefore, since they lack the requisite mental capacity according to my standard, my opponents are non-persons.

[2] I recognize that some who support abortion do not do so by arguing that unborn babies are non-persons, but by arguing that the rights of the mother over her own body trump the rights to life of the unborn child. For a critique of those arguments, see: Beckwith, Francis J. “Personal Bodily Rights, Abortion, and Unplugging the Violinist.” International Philosophical Quarterly XXXII (1992): 105-118. For a positive affirmation of the Christian view of personhood and the image of God, see my article: Genocide is a Gray Area. 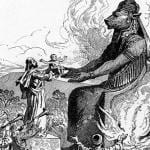 January 24, 2019
Molech, The Guardian [Fallen] Angel of Pro-Abortionists
Next Post 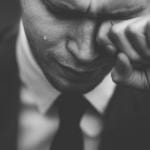