This is the first entry in what I hope will be a long, engaging conversation. The Internet is crowded with amateur critics and armchair theologians — thanks for welcoming another. I hope that this particular combination of writing about film, faith and the areas in which they intersect is able to stay fresh. Your time is valuable, and I hope to honor that with every post.

Despite my ten-year history of writing in print and online, I decided not to move my archives over from my old site. We’re beginning a new conversation in a new place, and I like the idea of starting clean. The old version of Chrisicisms was a mish-mash of whatever I wanted to write about – film, politics, theology, culture, self-improvement and parenting. This is going to be more focused, with a heavy emphasis on faith, entertainment and culture. That doesn’t mean other areas won’t come into play. But given the new focus, I thought it best to start clean.

So, new readers and old, welcome to Chrisicisms. You probably have some questions about what this site will be, so I thought I’d use this inaugural post to explain who I am and what I hope this site becomes.

I’ve been writing about movies for more than a decade from the Detroit area. I grew up enamored with film, even (especially?) when growing up in a strict Baptist church that forbade us from seeing them. As a kid, I wrote stories with my friends, inspired by the movies and TV shows I grew up with. Especially ones that involved ninjas. I outgrew the ninjas, but not the writing or love for entertainment.

My twin passions for film and writing have always been intertwined. As a painfully introverted high school student, I joined the school newspaper because I wanted to write. I was, however, too bashful to interview anyone. I spent my days in the back of the classroom on an old computer writing film reviews. My first was for “Broken Arrow,” which I loved because “things blew up real good.” Ahem. In college, my first assignment as a journalism major was to interview a local student who was about to sell his independent vampire comedy to Troma. I was immediately hooked.

Four years after graduating college, following a painful detour into call center work, I started working at a local newspaper. It was the best possible experience I could ask for. I was the sole reporter for two growing communities, and I had the responsibility for filling the majority of the paper for that zone. Most importantly, I had editors who encouraged experimentation. I wrote opinion columns and movie reviews. The latter became a part of my identity that I took just as seriously as my reporting, possibly more. I attended press screenings. I interviewed directors and actors. In 2007, I was invited to join the Detroit Film Critics Society. When I left the paper in 2009, I continued to write on a freelance basis until early last year, when I briefly wrote for a fledgling local magazine.

I have not, however, been able to write much about the other driving passion in my life – my faith. My faith in Christ is the cornerstone of my life. It colors every decision I make. It shapes my views on politics, family, culture and entertainment. Over the years, I’ve wrestled with where I fit into the church and film worlds – two communities often at odds but who can benefit each other so much. I’m excited to have that opportunity here.

That’s the long version. The short version? I’m a Christian, a writer and a film lover. I’m a theologically conservative, politically progressive individual who equally loves John Piper, CS Lewis, Richard Linklater and Quentin Tarantino. I’m a husband, a father, a theologian and a Netlix binger. I hope  that strange DNA will result in a unique spot of the Internet to talk about entertainment, faith and culture.

What this blog is NOT.

What I hope this blog IS.

The plan right now is to keep this updated twice a week, but I hope for more than that. If you have something you’d like to know about me or would like to see on this blog, let me know below! I’m looking forward to this conversation! 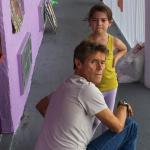 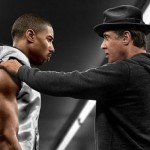 January 26, 2016 The church must pay attention to the Oscars' diversity problem
Recent Comments
0 | Leave a Comment
Browse Our Archives
Follow Us!