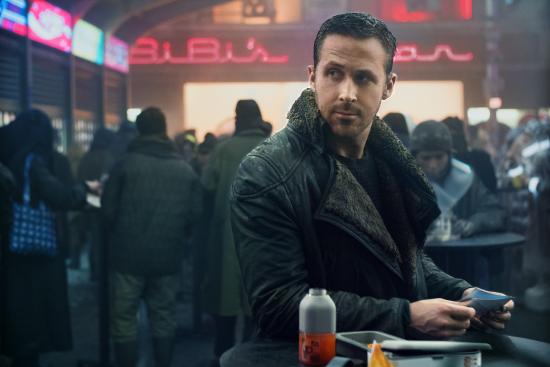 Ridley Scott’s “Blade Runner” was released to ambivalence in 1982, but grew in esteem as film lovers celebrated its visuals and debated its philosophical underpinnings. The story of a detective named Deckard (Harrison Ford) grappling with his own humanity when hunting down androids — “replicants” — the film left audiences debating Deckard’s identity, and its vision of the future set the tone for cinematic dystopias to come.

Thirty-five years later, a sequel seems misguided. Is there anything new to add to a cinematic world that’s been redone in countless other  films? Can anything good come of seeking more answers to a film whose ambiguity was key to its success? Would this attempt to re-launch an old franchise be more “Mad Max: Fury Road” or “Flatliners”?

Thankfully, director Dennis Villeneuve (“Arrival”) ensures that revisiting the “Blade Runner” is not for naught. A visually spectacular rumination on humanity, “Blade Runner 2049”  tells a compelling story and expands the world of its predecessor, enriching the original even as it bests it.

Set 30 years later, Los Angeles is still a rain-soaked neon world where holograms sell sex on the streets and giant dams keep out the rising oceans. K (Ryan Gosling) is the next generation of Blade Runner, hunting down rogue replicants and retiring them with a bullet. He himself is an android, created to track and kill his own kind, given his own apartment and digital companion to come home to. He’s not exactly happy doing it — when his boss (Robin Wright) tells him he gets along just fine without a soul, you can tell it’s not the whole truth — but he does it well and doesn’t have any reason to hope for more. During one mission, he discovers a mystery that could cause war between humans and machines. It also, naturally, leads him to seek out Deckard, who hasn’t been seen in three decades.

Warner Brothers has gone to great lengths to preserve the sequel’s surprises, so any plot descriptions stop here. Suffice to say that many of the original film’s themes are echoed, and it’s to the credit of screenwriters Hampton Fancher and Michael Green that they delve deeper into this world without giving concrete answers to mysteries that fans have argued about for decades. There are hints about Deckard’s true nature, but they simply obfuscate further. That’s as it should be; “Blade Runner” was a film built on ambiguity, not designed for fan theories. The film works best as a tone poem with a dreamlike haziness; providing too much clarity would ruin it.

Instead, the film focuses on K and what the information he discovers means to an artificial being. “Blade Runner 2049” wades deeper into the questions proposed by the first film, musing on the nature of humanity, intimacy, connection and worth. The world is even more deeply realized, with a racism existing between humans and “skin jobs,” and artificial intelligence readily accepted in day-to-day society. Where “Blade Runner” dressed its questions up in the gloss of film noir, “Blade Runner 2049” is more ready to run outside of genre trappings — although they’re still there — and settle on long sequences tackling K’s response to authority, sexuality and more.

“Blade Runner” might be too introspective for its own good, often coming across cold. It’s the type of film many critics describe as “admiring, not liking,” with a muddled script and confused narrative. “Blade Runner 2049” is also perhaps overly ponderous. Its questions are interesting, but far from new. For a film pushing the three-hour mark, it’s plodding, more intent on immersing viewers in its world than in making them care about anything happening within it.

But where “Blade Runner” is often aloof, “Blade Runner 2049” wears its pretentions more comfortably. Villeneuve is a more focused director than Scott, more comfortable with cinematic meditation. He uses genre trappings to generate emotional responses, and this film has several surprising affecting moments, mostly in the tender romantic relationship between K and his holographic soul mate, Joi (Ana de Armas), and at a facility where a mysterious woman creates synthetic memories for replicants.

Gosling often comes across aloof and distant in drama. That sterility fits him well here, as an android beginning to grapple with his place in the world. His relationship with Joi, both of them aware of their designed nature and yet yearning for something deeper, is affecting and sweet. Leto is eerie and menacing as the proverb-spouting replicant creator. And although he doesn’t show up until 100 minutes into the film, Harrison Ford brings new shades to Deckard. Ford, who had a reputation for sleepwalking through roles in recent years, seems reinvigorated as he’s returned to his beloved roles in past years, and he does some of his most emotionally resonant work here, filling in 30 years of Deckard’s life with regret and anger.

“Blade Runner 2049” is often more intent on navel-gazing than mystery solving, and I assume some audiences might find it a bit slow. Honestly, I’m glad that there’s a science fiction blockbuster willing to ask questions and wrestle with deep thoughts. Like its predecessor, “Blade Runner 2049” is a visual marvel that haunts and provokes. In many ways, it’s more focused and engaging. It’s a reminder that originality can still creep into Hollywood films; even when they’re just designed to be replicants. 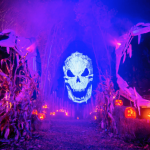 October 10, 2017
Movie of the Week: Haunted House Extravaganzas
Next Post