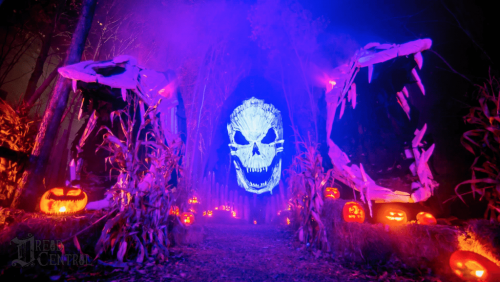 For the month of October, the Movie of the Week will be Halloween-related (although not necessarily horror). This week, I have four selections around one theme.

Growing up, I was a big haunted house fan.

It started when I would venture into my grandfather’s basement with my siblings and cousins before Halloween each year. His birthday was just a few days before the holiday, and when we’d gather to celebrate, he’d have his downstairs tricked-out with spooky music, black lights, dummies stuffed with newspapers, and glow-in-the-dark faces painted on plates. We’d kill an entire afternoon pretending to bust ghosts in his basement, spooking each other or trying to find ways to make the setting even creepier.

The first time my parents took me to a local haunted house, I kept my eyes closed and burrowed my head into my dad’s back to avoid the onslaught of zombies, chainsaws and ghouls. I was a timid kid, but there was something I loved about being scared. Despite my pounding heart, I would pick up our local haunt guide each year and venture with friends to whatever manner of house, forest or hayride promised me a good fright. My best friend was the son of a fire marshal, who would have to approve the haunts before opening and would return with free passes, allowing us to waltz ahead of the line into whatever spookfest awaited us. Despite my cautious nature, being scared in these controlled environments was exhilarating. My heart was pounding and I could scream loud, but something pushed me forward to do it again each year.

I’ve largely outgrown the haunted houses — at least until my kids become old enough for me to take them — but I’m not alone in being both terrified of and attracted to them. It seems that every neighborhood has at least one of “those guys,” who create  scary walk throughs for trick-or-treaters. Haunts rake in the cash both at the numerous community frightfests and elaborate scare zones at amusement parks. And as our world gets angry and people keep seeking the edge of terror, it shouldn’t be surprising that these events are also becoming more extreme, sometimes engaging in psychological and even physical tricks that border on the unethical.

As the number of haunts grow, several documentaries have been created examining the creative impulse and moral questions that come with them. For this week’s Movie of the Week, here are four worth checking out.

Haunters: The Art of the Scare (Jon Schnitzer, 2017): Now available on Blu-Ray and digital rental, Schnitzer’s documentary is a bit slight but probably the most fun. Schnitzer gives a broad look at the people whose creativity comes most alive during Halloween. He profiles a quiet young man whose biggest passion is turning his parents’ home into an elaborate haunted house, several professional haunters who have to up the ante and find innovative scares each year, an actress whose biggest thrill is making people scream, and the owner of an extreme haunted house that’s been the focus of several legal conflicts. “Haunters” is at its best when delving into the artistry and creativity put into each haunted house; it’s not about blood and guts but finding new ways to make people scream. There’s a bittersweet undercurrent about the way haunters are often isolated, with spouses and friends who don’t understand their peculiar passion. Schnitzer wisely stays away from the big haunts at Universal Studios and many other theme parks, focusing instead on homegrown experiences, helmed by people often cobbling together enough funds to pull it off each year. It’s a testament to creativity and artistry in an area too many are quick to ignore. It’s also a fascinating look at what people truly find scary — is the “bump in the night” jump scares of old-fashioned haunted houses or elaborate games and psychological drama? The film’s focus on Russ McKamey, operator of the controversial McKamey Manor, is both a blessing and a curse. McKamey’s haunt — in which people sign up for several hours of physical and psychological torture — is a fascinating topic for a discussion about people’s willingness for extreme scares, and probably worthy of its own full-length documentary treatment. Certainly the affable McKamey, who loves shoving bugs in people’s mouths but is described to be afraid of everything, is a Billy Mitchell-esque subject for a documentary. But the material feels out of step with the good, clean and ode to creative types that makes up the rest of the film.

The American Scream (Michael Stephenson, 2012): Similar to “Haunters,” but more focused on amateur home haunts. Stephenson, the director of the delightful documentary “Best Worst Movie,”  focuses on a small Massachusetts suburb where several families prepare their elaborate one-night haunted houses each fall. Perhaps even more than “Haunters,” Stephenson’s film is a celebration of originality and craftsmanship, and the tighter focus allows the film to be more intimate and affecting as it focuses on the hard work, frustration and joy experienced by each family as they pull their haunt together. For anyone whose creative outlet has ever become an obsession to help them escape less-than-ideal lives, “The American Scream” will ring particularly resonant. And watching it, I laughed quite a bit as I was reminded of my grandfather’s own home haunts, and a roommate I had who was obsessed with making our house scary for Halloween every year. Definitely worth a look, and it’s currently available on Amazon Prime.

The Blackout Experiments (Rich Fox, 2016): Like McKamey Manor, the Blackout haunted house experience is an extreme experience designed to scar, not to make you jump and laugh, although its focus is more on psychological uneasiness and it has a bit more of a professional vibe to it. The creators craft disturbing situations people must endure on their own, and participants often wind up in tears, shaking and unsure of what exactly happened. “The Blackout Experiments,” however, is less focused on the haunt itself but on the participants who’ve gone through and been compelled to return and put themselves through it several times, seeking some sort of cathartic experience or therapeutic release. As the guests are invited to special “survivor-only” events, the intensity escalates, until a disturbing moment late in the movie that brings the terror into their own homes. I wish “The Blackout Experiments” delved a bit more into the motives of the haunt’s operators (who only agree to a brief interview near the end), and I couldn’t overcome the sneaking suspicion that this doc might have had their hand invisibly guiding it, making it more of a commercial than a serious inquiry. But taken at face value, the film gets under your skin and starts a conversation about the allure of terror and the drive to overcome our fears. (The Blackout Experiments is available for digital rental).

Hell House (George Ratliff, 2001): I wrote about this one in depth last year, so I’ll keep this brief.   “Hell House” is a fly-on-the-wall documentary about a Texas church that puts on a haunted house each year designed to literally scare the hell out of people. The film never judges the church members, but watches them as they come up with scenes of real-life terror designed to shock people into conversion. As it does, it’s both an honest look at their faith and devotion to evangelism, and a chance to ask several important and often troubling questions. Are they doing any good with this hell house? Does shock-and-awe evangelism work? How out of touch are they with the real world of sin? And do these performances allow the church members to vicariously live deeds that are off limits to them? It’s a fascinating film that provokes without preaching and can serve as a great discussion tool for sorting through our cultural evangelical conversation. (Hell House is available on DVD). 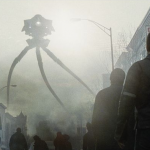 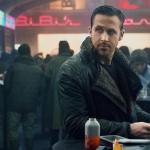 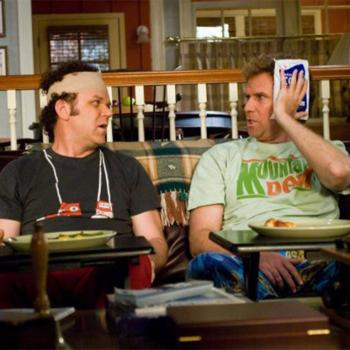 Entertainment
What Are the Greatest Comedies of All Time?
Chrisicisms