First, thank you all for the comments, shares and support during my first week at Patheos! When I moved my blog over here, I hoped that in time I might generate an audience, but I’ve been extremely encouraged to see just how much of a response these first few posts have gotten.

It was a busy first week; I can’t remember the last time I posted blog entries for five straight days. But it’s been fun to get such a running start, and it’s been a ton of fun. I can’t promise that there will be new content every single day, but I’m trying to stay as ahead of the curve as possible. At the minimum, I’ll have two posts up each week. But my goal is to have something up here most days, even if it’s just a short piece. I’m already finishing up the next piece in my Oscar series for early next week and I have a few other fun pieces in the works, plus a review of a new release coming next Friday. So I’ll do my best to keep it fresh for you.

After all, I’m well-aware that I’m far from the only spot you’re visiting online. And there are some good things out there. So why don’t we take some time out each week and read those together?

Every Saturday, I’ll post a feature called the Weekend Read. These are articles or posts I’ve read through the week that I’ve found interesting, moving or edifying. Some have an entertainment-related theme, others a faith one. Others are just good posts. I’ll try to post five each week and keep the lineup fairly diverse. So sit back, enjoy your coffee and let’s see what’s been out there on the Internet.

1. Unfathomable Life: A writer grieves for her father, through five movies: Jessica Ritchey’s piece over at RogerEbert.com is one of the most powerful things I’ve read about art’s power to help us cope and thrive. Ritchey lost her father in 2015 and she processes that loss through five movies over the course of the year. Her description of finding healing and some semblance of perspective through writing and film is incredibly moving.

2. Ted talk: State of the Netflix union discussion with chief content officer Ted Sarandos: Alan Sepinwall’s conversation with the Netflix guru might be the most fascinating insight I’ve read into the future of television. How does the streaming giant choose its acquisitions? How much more content do they plan to create? Do they have a brand or are they collecting a little bit of everything? After reading this article, I’m convinced that Netflix’s world domination is just getting started.

3. The truth about parenting: older kids are much more rewarding than babies: Noel Murray’s piece for Vox talks about the glut of parenting pieces geared toward parents of infants and toddlers, which often discuss the harried, messy and exhausting life of new parenthood. He argues that the hardships infancy and toddlerhood are just the beginning of a much bigger, richer story. “If you’re curious whether you should see a movie,” Murray writes, “never lean too heavily on the opinion of someone who’s only seen the first five minutes.” As I spent a rough evening with a screaming baby earlier this week, it helped to remember that the good stuff is still to come.

4. How Trump happened: The wages of fear and the brave way forward: Few things confound and terrify me more than Donald Trump’s current popularity as a presidential candidate. Christ and Pop Culture’s Alan Noble tackles how many conservatives’ fear and belief that Trump would be good for their tribe brought us the possibility of President Donald. He also suggests what conservatives need to do to move on from this and change the current mentality. Even as someone a bit more left on the political spectrum, I agree with so much of them.

5. 10 reasons ‘Hamilton’ dominated 2015 and will own 2016, too: I’m not a history buff, I’m not an avid hip-hop listener, and I live far from Broadway. But somehow, even I’ve got sucked into “Hamilton’s” orbit. I downloaded it on Amazon a few weeks ago just to see what all the fuss was about; there’s been little else I’ve listened to since. Michael Dunaway’s piece over at Paste explains how the musical has captivated America and why its popularity will only continue. As “Hamilton” prepares to open in Chicago this fall and then start a tour in 2017, I see no reason to disagree.

Have you read something fascinating this week? Share it in the comments!

Have a great weekend, everyone! 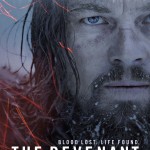 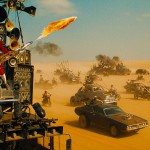 February 1, 2016 Mad Max -- Crashes and compassion on the Fury Road
Recent Comments
0 | Leave a Comment
Browse Our Archives
Follow Us!

The Chosen -- pilot episode
The sources, themes, and historical and theological issues raised by the new...
view all Entertainment blogs
What Are Your Thoughts?leave a comment
Copyright 2008-2020, Patheos. All rights reserved.