The Road to Easter 2016: The Gospel According to St. Matthew 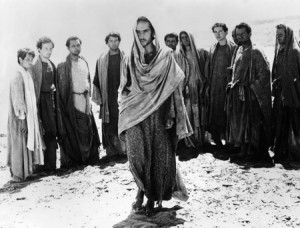 I wonder if sometimes the best people to bring sacred stories to life are nonbelievers.

Untied to dogma, personal experience and church history, they’re able to bring new perspectives to old tales. While this runs the risk of misinterpretation or offense, sometimes it also means that an artist is able to look at an old story with fresh eyes and find the vitality that we’ve too often lost in our familiarity.

Such is the case with Pier Paolo Pasolini’s 1964 film, “The Gospel According to St. Matthew.” A straightforward telling of the life of Jesus Christ with dialogue taken verbatim from Matthew’s gospel, it’s both reverent and relevant — an vibrant adaptation of the Christ story told by an unlikely artist.

The film was controversial on release not because of its content but because of Pasolini’s involvement. The director — a homosexual and a Marxist — had previously ruffled feathers with his short film “La Ricotta,” which contained material some considered blasphemous. Pasolini was later invited to Assisi to meet with the Pope, who wanted to start a dialogue with non-Catholic artists but, due to the heavy traffic caused by the papal visit, found himself stuck in a hotel room, where he read Matthew’s gospel from front to back. The director had found his next project.

Pasolini decided to adapt Matthew’s gospel with no frills or embellishments, refusing to weave in material from other scriptural accounts or depart from the text even for artistic means. It starts with Mary learning of her supernatural pregnancy, continues through Jesus’ sermons and miracles, and ends shortly after his resurrection but before his ascension. It’s a sparse, faithful look at the life of Christ.

Normally, that’s the kind of biblical movie I’d have no interest in. It’s not that I have no desire to see Christ’s life brought to the screen — it’s that I’ve seen enough church pageants. Most film accounts of the Gospel story tend to be airy, lifeless and somber — they’re not just stuck on faithfulness but on sacredness, afraid to bring any passion to the story. It’s common to point out how incorrect a white-skinned, blue-eyed Jesus is; I’d argue that it’s just as incorrect to portray a solemn, unemotional Jesus. I recently revisited Matthew’s gospel, and I was reminded again just how witty, compassionate, emotional and even angry Jesus could be. And any depiction of the Christ story that doesn’t remember that this all happened in a place of oppression, with the danger of sudden death and violence lurking just under the surface, is missing a vital piece of context.

By stripping away the pageantry and adhering to the techniques used by the Italian neorealists, Pasolini takes what could be a dull adaptation and makes it feel vital and lived-in. The film opens with Mary and Joseph wrestling with news of her pregnancy; because there’s no dialogue given to them in Matthew’s account, Pasolini simply relies on quick cuts to show Mary’s pregnant belly and Joseph’s troubled face — he sells the fear, frustration and confusion the two must have felt, and that we often forget about in favor of our sanitized, quiet Nativity stories. The Bethlehem and Nazareth we see them living in is dirty and small, the home not of a king but of impoverished, oppressed individuals. When it comes time to portray Herod’s slaughter of the innocents, Pasolini films it in wide shots, letting the horror and brutality of this event wash over us.

Jesus — portrayed by Enrique Irazoqui — is born into a setting where urgency is required. He doesn’t have time to sit around delivering lengthy, flowery sermons. Many of his most famous words are said while walking with his disciples from city to city, spoken over his shoulder while coming into town; the Christ story by way of Aaron Sorkin. Even when Jesus stops to deliver the Sermon on the Mount, Pasolini focuses on his face while the background changes — sometimes it’s day, sometimes it’s night. Sometimes it’s windy and rainy, sometimes calm. He portrays the sermon the way many biblical scholars believe it happened — not as one long speech but as a collection of sermons Jesus gave from town to town. This is a Jesus with something to say, constantly answering questions with other questions. Sometimes calm and compassionate, other times riled to righteous anger, particularly against the religious leaders of the day.

Pasolini, in fact, is more interested in what Jesus said than what he did. The miracles — loaves and fishes, healing of the lepers, walking on the water — are understated and quiet, often filmed at a distance or using a simple cut. Pasolini has admitted that his personal beliefs made him a bit embarrassed to include these moments, but their low-key nature somehow gives them more weight. These aren’t show-stopping spectacles or the main attraction of Jesus’ ministry. They’re presented, as they are in the Bible, as evidence of Christ’s identity before he moves on to more teaching or to challenge the Pharisees. Pasolini leaves us more impressed not with Jesus the miracle-maker but with Jesus the teacher.

Like many of the film’s actors, and as part of the neorealist tradition, Irazoqui wasn’t a professional actor when he took on the role. Rather, he was an economics student. The version of the film I watched (it is available through Hulu Plus’ Criterion Collection) had English dubbing over the Italian dialogue, so I can’t judge much of Irazoqui’s delivery. But he’s a strong presence, kind and compassionate but also full of authority and anger. It’s one of the more human portrayals of Jesus I’ve seen — he welcomes the children to him and sheds a tear when John the Baptist dies, but he also isn’t beyond speaking with fury and judgement when he needs to.

But Pasolini’s not just interested in Christ; he seems fascinated by those who were drawn to him. “The Gospel According to St. Matthew” is, if nothing else, a film of faces, and Pasolini lingers on the weathered and tired countenances of those who encounter Christ. The leper who comes to him for healing is grotesque, and those who follow Christ are often farmers and field workers, suffering under the legal demands of the Pharisees and the oppression of the Romans. He’s quite fond of shots of little children running to Jesus, or accompanying the magi to visit him as a baby. The Jesus of this film isn’t isolated from others, nor does his holiness distance him from humanity.

Pasolini said that he made this film to showcase Jesus as the world’s greatest revolutionary. Sometimes the omnipresence of Christianity, coupled with the weak-instead-of-meek Jesus we see in these portrayals,  makes us forget that aspect of Christ. He came into the Jewish world at a time when the people were oppressed and constantly threatened. Pasolini’s film is interested in a Jesus who came to speak revolution and freedom to his people, even if it wasn’t always the revolution and freedom they expected. Even as the film faithfully follows Matthew’s narrative, Pasolini structures it so that there’s a definite escalation to the story following the death of John the Baptist — Christ’s denouncements of the Pharisees become more pointed, the crowds become a bit more vocal and the pace picks up — it’s shortly after John’s death that Christ begins calling the Pharisees out. The crucifixion comes across less as a holy act or personal sacrifice and more as the inevitable and tragic outcome of going up against the powerful. The resurrection and Christ’s final commands to his followers is framed as a triumphant victory and start of a new revolution.

One of the reasons I decided to take on this project and watch various films about Jesus is because I’m curious how other artists have seen him. Roger Ebert, when reviewing this film for his Great Movies series, said the interesting thing to him about the Christ story was that, “it acts as a template into which we fit our ideas, and we see it as our lives have prepared us for it.” That’s actually a good guiding rule for this series, and Pasolini’s “The Gospel According to St. Matthew” is an ideal film to start with. Its faithfulness to the text allows us to look at a film that takes the gospel head-on, without deviating from the story, embellishing certain elements or coating everything with a reverent gloss. The film has a stark, documentary-like feel to it; Pasolini never presents this as a sanitized pageant. Instead, he simply observes and presents the Christ story matter-of-factly.

But film is a subjective medium, and his interests in who Christ is still seep out through the edges. While his background as an atheist and Marxist may have prevented him from being comfortable with the portrayal of miracles, Pasolini still finds much to admire and intrigue about Christ. He presents him as a man who spoke with authority. Someone with a message that rallied others and had revolutionary implications. A man unafraid to reach out to the most vulnerable, but also bold enough to stand against the leaders of that time. A man who inspired others to come to him seeking freedom and healing, who galvanized people into action and who, ultimately, died a lonely and tragic death at the hands of his opposition. But also a man whose message didn’t die, but inspired people and changed the world.

These are all biblical views. And while Pasolini’s film minimizes the gospel’s supernatural and theological implications, it’s still a view of Christ that I found both refreshing and convicting. I can become so focused on arguing the doctrinal points of scripture or working hard to ensure my theology is correct that I reduce Christ’s life and message to dogma. I forget that it’s also a message about broken and frail humanity, the need for hope, and the promise of grace and mercy to the oppressed. I forget that as a follower of Christ, and someone who’s trying to live the life he modeled for me, that he was compassionate and willing to embrace the less fortunate. I’ve heard his words so often and been so accustomed to a church life that is rote and isolated that I forget how revolutionary his teachings sounded and how controversial his actions were. I forget that, at its heart, Christianity is a faith that is supposed to be radically compassionate, lived with revolutionary grace and mercy. It shouldn’t be something that makes us passive, solemn and silent — it should, rather, be lived with urgency, excitement and passion.

Note: This piece is edited from a previous post I’d written about this film upon my first viewing. My second viewing confirmed that I still hold to this view of the film. 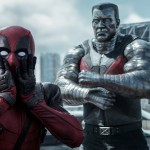 February 13, 2016
"Deadpool," libertines and the Christian critic's dilemma
Next Post 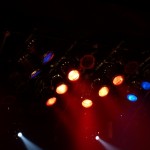