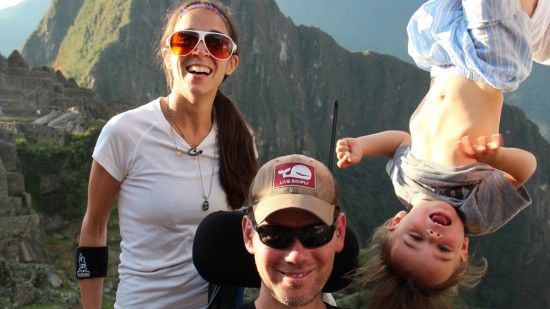 Early in “Gleason,” former football player Steve Gleason, who is beginning to experience the first effects of ALS, visits a faith healer. Steve’s father, clinging tightly to his fundamentalist teachings, believes that the preacher can cure his son. The speaker asks those who want to be healed to put their hands behind their heads and sing “It’s the end of my pain as I know it,” to the tune of REM’s “It’s the End of the World as We Know It.” He then asks them to come up and demonstrate their faith.

In a traditional narrative, this would be a moment of victory. In a shallower documentary, it would be an inspirational high point. But where the scene goes in “Gleason” is more painful and honest. Director Clay Tweel keeps the camera rolling as the moment devolves into awkwardness, frustration and anger. It’s the film in a microcosm; what could have been an inspirational story of life in the face of adversity, glossing over the ugly parts to move onto the warm fuzzies, is something more complex. “Gleason” definitely pulls the heartstrings and wrests (many) tears, but it earns those emotional moments. Never shying away from the ugliness and exhaustion of ALS, it is raw and intimate, which only makes its moments of triumph and beauty more meaningful.

Gleason, who played for the New Orleans Saints, became a city hero when he blocked a punt shortly after Hurricane Katrina, symbolizing New Orleans’ resurgence after the tragedy. He retired in 2008 and returned to national attention three years later when he was diagnosed with ALS — a diagnosis that came just over a month before his wife, Michel, learned she was pregnant. He created Team Gleason, an organization that advocates for better access to equipment and care for ALS patients. And he began a video journal for his son, Rivers, to guide him through life if he wasn’t around. Any of these moments would make for a compelling story. But while they provide the narrative spine for the documentary, it’s the inclusion of the harsher moments that earns “Gleason” its power. 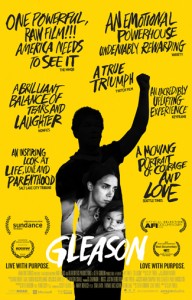 Much of the film is made up of home movie captured by Steve Gleason. The film gives us a glimpse of his early days of marriage and of Steve’s days in the NFL. When he receives his diagnosis, Steve seems positive he’s going to beat it and he vows to live to the fullest. He and Michel travel to Alaska. He begins filming videos for his unborn son. He competes in a triathlon, even as the disease takes away his ability to run. He keeps his thoughts positive, enjoys life as a new father and throws himself into his new role as an advocate, even working alongside the members of Pearl Jam to raise funds for ALS equipment and research.

There’s a version of this movie that is just those scenes interspersed with a few sanitized moments of life with the disease to show stakes. That version would probably move many and might even prompt some donations for ALS research. But the power of “Gleason” comes from its honesty and how those moments are oases in a life that is constantly growing harder for Steve, Michel and their young family.

Tweel, who co-directed last year’s superb “Finders Keepers,” knows how to authentically provoke an emotional response, and it’s hard to imagine anyone won’t find themselves moved to tears throughout the film. Watching home footage shot by Steve and Michel, along with that captured by the documentary crew, we see the progression of the disease as it quickly begins to take root. Early on, just after his diagnosis, there’s a slight tremor as Steve holds a cup or a slur to his voice when he speaks. But it’s only a few months before he has trouble speaking, his weight begins to dramatically decrease and his gait becomes impaired. Throughout this time, we see the emotional wear on the family, but also the joy between the Gleasons as they become new parents.

It’s brave of the couple to allow the filmmakers access to such raw footage, especially as the disease eventually takes Steve’s voice, movement and ability to breathe on his own. To allow cameras to be privy to such intimate, wrenching moments would be unthinkable to many, let alone letting the audience view the emotional toll ALS takes on the marriage. The camera doesn’t cut away in a scene where Steve needs assistance making a bowel movement or late in the film when he voices his frustrations and resentments to Michel after a hard day. In the film’s most heartbreaking moment, Steve films a video diary for Rivers where he breaks down and confesses his shame, anger and despair. It’s a stark reminder of the ugliness of ALS, something that could have been easily glossed over in a shallower film.

But the film doesn’t wallow. These moments are raw and honest, but they allow the scenes of joy and beauty to punch through harder. Steve keeps his charisma and positivity throughout, even indulging in gallows humor in some of the film’s hardest moments. The partnership between he and Michel is the glue that holds the film together, as the two savor life with their new son and sit quietly when life gets hard. Steve lights up when playing with Rivers and throws himself into lobbying for ALS research and working to improve life for patients. Moments that would come off as manipulative or preachy in other docs are touching and triumphant here because they’re moments of respite in the middle of profound hardship. It’s a deeply moving reminder that illness doesn’t have to rob someone of their spirit. It brought to mind people I’ve known who, when given terminal diagnosis, respond with renewed passion and zeal for life. 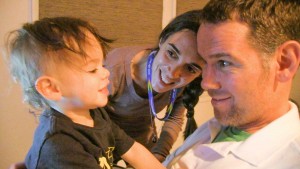 Steve Gleason might be the film’s subject, but Michel is the movie’s hero. Introduced as a free spirit whose friends confess that they never expected her to settle down and raise a family, she devotes her life to her newborn son and her ailing husband. The toll it takes on her is striking, and it’s heartbreaking to see the family’s trials rob her of so much of the joy and vitality she had at the beginning. But she is present in a majority of the film’s scenes, taking care of Rivers, helping Steve and trying to navigate the family’s new normal. The film never portrays her as a saint; it doesn’t shy away from moments of frustration, anger or even resentment. Yet her decision to care for her family despite such exhaustion and hardship is one of the most heroic things I’ve seen on the screen all year.

“Gleason” is also a look at how illness re-contextualizes everything.  Steve’s approach to fatherhood is colored by the knowledge that he likely won’t see his son grow up; it also causes him to reconsider his relationship with his own father. Some of the film’s most powerful moments find the two men revisiting their relationship and sometimes verbally clashing over the way to navigate these new challenges. Most striking is an argument centered on their different approaches to faith, which takes on a new urgency when issues of life and death are at stake. Throughout, “Gleason” never offers pat answers but leans into the tension and conflict, questioning but never preaching. The film’s consideration of fathers and sons, faith and questioning, and the meaning of a lasting legacy resonates, but the film never forces us to find a “right” answer.

Not being much of a football fan, I’ll admit that I was unfamiliar with Steve Gleason’s story until seeing this film. It doesn’t matter; football provides a starting point, but the human drama on display in “Gleason” is one of the strongest of the year. This film destroyed me emotionally, but it also inspired and moved me. “Gleason” is a powerful, important movie, and one of the year’s best.

Gleason opens in select theaters Aug. 5 and will roll out across the nation in the coming weeks. 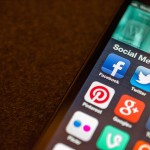 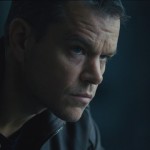 The Real People Behind the ‘Breakthrough’...
Reel Faith
Related posts from Chrisicisms