“Beauty and the Beast” and the backfiring of outrage

“Beauty and the Beast” and the backfiring of outrage March 20, 2017 Chris Williams

So, my piece a few weeks back on the outrage over Disney’s choice to include an “explicitly gay” moment in its remake of “Beauty and the Beast” caused quite a stir. As of this writing, there are 195 comments and it’s one of my most-read pieces here at Patheos. I’m thankful to everyone who shared, read and commented.

The film is out now (you can read my review here), and the controversy doesn’t seem to have hurt its performance at the box office one bit; the film grossed a record $170 million this weekend and earned a coveted “A” Cinemascore from audiences. It’s looking like Disney has yet another hit on its hands, and the presence of one gay moment doesn’t seem to have deterred anyone from seeing it.

I stand by what I said in my original piece that the idea of boycotting Disney or getting vocally angry about this was a bad one. In fact, it appears even sillier having seen the film. The “explicitly gay moment” amounts to literally two seconds of screen time during the film’s finale, in which Le Fou switches partners from a man to a woman during a dance at the castle. There’s no kiss, no political speech; just a smile and then the film cuts away. For most viewers, I assume it would have gone unnoticed had it not been brought up in the first place. There are moments in the film concerning Gaston and Le Fou that can be viewed differently if you know the controversy going in, but, again, they would be completely innocuous had no one made a big deal about it in the first place. In fact, I imagine many people who were excited about seeing Disney’s first gay character may have left feeling disappointed when all they got was a fleeting shot.

But for many Christians, all they could focus on about the film in the days leading up to its release was the inclusion of a gay character, something I don’t think would even be offensive if they had made it a bigger portion of the film. The uproar was so loud that the guys at the Happy Rant podcast jokingly referred to the film as “gay ‘Beauty and the Beast'” and several critics I know received a presumptuous press release from a conservative Christian organization touting that the boycott had done major damage to Disney’s big release. If $170 million in one weekend is damage, just what does success look like?

In the end, it’s a shame that this is the Christian dialogue on “Beauty and the Beast,” because there are so many opportunities to use the film as a way to talk about the Gospel.

Christians believe that no one is beyond salvation. Love breaks the spell of sin and transforms us from our beastly selves into something beautiful. As sinners, we’re living under an enchantment that can only be broken by gentleness, compassion and selfless love. Compassion, empathy and kindness help us become better people.

I’m not saying these are deep, original thoughts; they’re off the top of my head. But they’re parallels we can make between this fairy tale and the Gospel story. As cliche as some may appear on the surface, it’s certainly more refreshing to revisit these deep truths than to once again be dragged into the skirmishes of a culture war where we’re fighting for something less than the main thing. It’s certainly more glorifying to God to build bridges with those who don’t share our beliefs and introduce them to truths we cherish than to blow up those bridges and wage war.

That’s what happens when Christians are known as being easily outraged and offended; we isolate ourselves and lose opportunities to share the hope, joy and beauty of Christ. We hope that people will see Christ through our zealotry instead of understanding that the Gospel is best spread through compassion, friendship, conversation and loving example. Some Christians get so focused on perceived attacks to their cultural standing that they instinctively strike an offensive pose, not realizing that in their haste to defend a position of power that they’re sacrificing opportunities to spread Good News to their friends, family and neighbors.

This isn’t just a conservative problem. Progressive Christians can be just as easily outraged, letting social justice or environmentalism be issues that take precedence over Christ’s death and resurrection. We can easily make political issues into ultimate ones. Heck, there are times lately when I’m so concerned with making Christians identified as people who oppose Trump that I am at risk for forgetting that our identify is not in found in the president we oppose but in the savior we follow.

I’m not saying that these aren’t issues worth arguing for, sometimes vehemently. Christians have been at the front lines of opposing abortion, supporting adoption and helping mothers with no place to go, and they should be. We should be finding ways to help the less fortunate and we should be calling for social justice. There are conversations about sexuality and marriage that must be take place in churches alongside rigorous biblical study. But these issues are not main things, and it is sin to make them so. The cross is the main thing, and our discussions of them must take place in its shadow, with the Holy Spirit guiding our responses, reminding us of our own foibles, and following the lead of a savior who was firm on his beliefs but always spoke with compassion and love. When Christ argued, it wasn’t to curry favor or gain power. It was to glorify the Father. And first and foremost, that means taking every opportunity to tell others not about biblical teachings on homosexuality or even social justice, although those are important. Our responsibility is to display Christ as beautiful, compassionate, loving and forgiving. And we do that by modeling those things for others.

That means Christians must not be given to easy offense, but be long-suffering. It means not expecting the world to line up with Christian beliefs and not getting surprised or angry when it doesn’t. It means understanding how to share our faith with those who believe differently, not through force or anger but through kindness, friendship and compassion.

Christians are too often at risk of turning in to the angry mob that struck out to kill the beast. Maybe we should be more like Belle, who showed love and compassion to help him change. 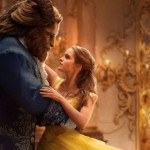 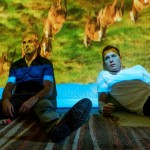 March 24, 2017 Review: Danny Boyle, Ewan McGregor return for another hit in "T2 Trainspotting"
Recent Comments
0 | Leave a Comment
Browse Our Archives
get the latest from
Entertainment
Sign up for our newsletter
POPULAR AT PATHEOS Entertainment
1