With its first promo for How to Train Your Dragon’s forthcoming 2014 sequel, Dreamworks Animation seems to have finally learned a few lessons on what makes a better story. It’s not just celebrity voice actors, overdone self-awareness of irony and archetypes, emphasis on angst, trendy pop-culture humor attempts that may expire in months, or millions spent on toy tie-ins and advertising. Instead, Dragon succeeded in 2010 because its story joyously explored family, fantasy, and the wonders of a broken world made better. Based on this teaser, I’m more optimistic that the same filmmakers also know why the first film soared. 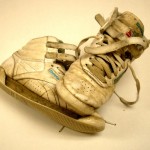 July 16, 2013
The Kiddy Pool: Lowe's versus George Herbert
Next Post 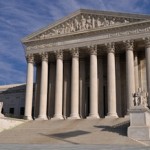 July 17, 2013 How the Supreme Court 'Decided' the State of Race in America
Recent Comments
0 | Leave a Comment
"Radford made a connection between Ender and Hitler.Another possible connection: Could Card have been referring ..."
Raymond Z ‘Ender’s Game,’ Genocide, and Moral Culpability
"Faith is the confidence that what we hope for will actually happen; it gives us ..."
Smiley E.E. Music Matters: David Bowie, Still Not ..."
""that many of us do not accept that a few cells of human DNA constitute ..."
myintx How I Changed My Mind About ..."
"No thought given to the unborn child whose life was 'silenced and oppressed'... sad."
myintx How I Changed My Mind About ..."
Browse Our Archives
get the latest from
Evangelical
Sign up for our newsletter
Related posts from Christ and Pop Culture