The Bible doesn’t tell the accounts of biblical heroes through “rose colored glasses” but tells the whole story of each character, warts and all.  What can we learn from the story of David and Bathsheba?

King David was the greatest of Israel’s kings.  He ruled over the largest territorial reign in their history.  The kingdom prospered in his time like it did in no other.  It is said that right after great successes comes the greatest risk for a great fall and that is exactly what happened to David.  David’s fall from grace started even before he had seen Bathsheba bathing on a rooftop.  His first mistake was that he shouldn’t have even been where he was to see Bathsheba.  In 2 Samuel 11:1 we see that it was “In the spring of the year, the time when kings go out to battle” that David was still in the palace.  Now it appears that there was nothing wrong in that except for the fact that the Scriptures said that the kings went out to battle during that time of the year.  So David was not really where he was supposed to be at a time, a time where kings are supposed to “go out to battle” yet David remained in Jerusalem.  That was mistake number one.  All that would follow may have never happened if David had been where he was supposed to be.

We could say that this was David’s second mistake where “It happened, late one afternoon, when David arose from his couch and was walking on the roof of the king’s house, that he saw from the roof a woman bathing; and the woman was very beautiful” (1 Sam 11:2).  Was this David’s mistake or was it Bathsheba’s?  Some scholars believe that Bathsheba should not have been taking a bath in the late afternoon, during daylight.  She must have known that she was visible to those who were in the king’s palace.  Did she know that the king was not in battle and in the king’s palace?  You might expect that the residents in Jerusalem would know that.   Besides, Bathsheba’s husband was in the army and you would think that she would know that.  Whether she was partly to blame or not, David is the one that made the first mistake by looking at her and it would not be his last.  He looked at Bathsheba and didn’t immediately look away.  David must have read the Book of Job where he wrote that Job had “made a covenant with his eyes” (Job 31:1) but he still looked at Bathsheba and didn’t turn away.  David may have actually committed adultery (literally, “immorality”) in his heart for Jesus said that if we look at a woman or a man if you’re a woman, with lust in your heart, you have already committed adultery with them (Matt 5:28). 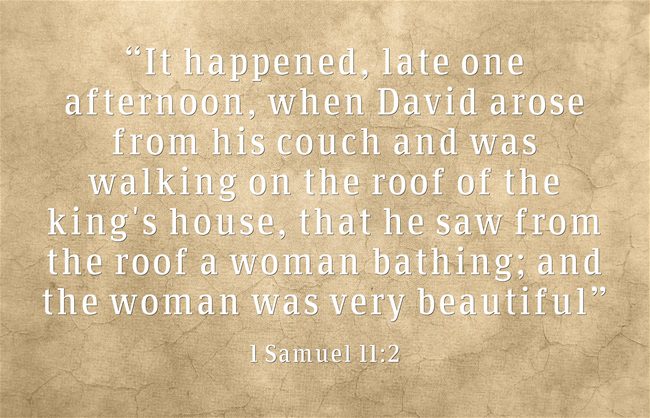 In 2 Samuel 11:3 “David sent and inquired about the woman. And one said, “Is not this Bathsheba, the daughter of Eliam, the wife of Uriah the Hittite?”  The man was trying to tell David that Bathsheba was already married, indicating that the king was about to commit a huge mistake but David ignored him and “sent messengers and took her, and she came to him, and he lay with her. (Now she had been purifying herself from her uncleanness.) Then she returned to her house.  And the woman conceived, and she sent and told David, “I am pregnant” (1 Sam 11:4-5).  Something else here to note is that she was still not fully done “purifying herself from her uncleanness” so this was sin too.  By the way, there is no indication that Bathsheba tried to resist or tell David that she was married but this may not be her fault because this may have simply been missing in the Scriptures.   She may have done this but we can only guess as to whether she did or didn’t, but the fact is that David knew better and perhaps Bathsheba felt she had to obey the king. We will never know.

David should have confessed this sin right away and told Uriah what had happened. Instead he sent word to Joab to have Uriah come to Jerusalem and have him be with his wife to thing that he got her pregnant instead of David.  The problem for David was that Uriah was a loyal man and instead slept on his own front porch since he knew that the rest of the army was out in the fields and didn’t feel it was right to have the comfort and conveniences of his own home while his comrades slept in the open fields (1 Sam 11:9-11).  When this didn’t work, he force Uriah to get drunk in the hopes that he would sleep with his wife but again, Uriah was an honorable man and slept outside of his home (1 Sam 11:13).

When this didn’t work, David finally conspired to have Uriah killed by sending a letter to Joab, the commander of the forces, to have Uriah placed in the forefront of the battle and then have the forces drawn back to ensure Uriah would be killed (1 Sam 11:14-15).  Imagine the gall of David sending by Uriah’s hand orders to have him be killed.   Naturally, Uriah was a loyal soldier and never opened the letter to Joab.  This seems incomprehensible for the king of Israel but that is how sin is…one sin leads to another greater sin in an effort to cover up the first sin.   The plan worked perfectly and Uriah died but it was really by David’s own hand (1 Sam 11:14-17).  David had committed adultery, conspiracy to commit murder, and then finally and essentially, premeditated murder.  What is even more tragic, “some of the servants of David among the people fell” which resulted in more innocent men dying (1 Sam 11:17) and not just Uriah.    This shows that when someone sins, more people suffer than just the one who has sinned. Now David was not only responsible for Uriah’s death but several other men’s death too.  How many?  We don’t know but it is likely there were at least several dozen.   Listen to David’s cold-blooded response to Joab about the death of these men when he replied, “Do not let this matter displease you, for the sword devours now one and now another” (1 Sam 11:25a).  How callous can a man be?

All of this murderous sin came out of David not being where he should have been, with the army in battle during the spring. Then it was David seeing Bathsheba bathing and not immediately looking away.  Next it was David inquiring about her and then ignoring the fact that she was married.  After this he sent for her and committed adultery with her.   He then committed conspiracy to commit murder and then had Uriah and several others killed, all of whom were innocent. Then callously saying to Joab in effect, “Oh well, that’s war for you.  Don’t worry about it.”  Sin has a paralyzing effect on our commons sense.  When we sin, we try to cover it up with yet another sin.  The result was that David and Bathsheba’s baby died.  So there is yet another innocent victim…the baby.

God does not hesitate to show us how even the heroes of the faith make huge mistakes and then reveal the consequences of these mistakes so that we might learn that sin comes at great cost…the blood of innocent people.  Jesus too was innocent and had to die for the guilty.  If you haven’t repented and trusted in Him, then you will have to pay for your own sins.  Without Christ, that payment will be for time without end (Luke 3:17; Matt 3:12; Jude 1:6-7, 13; Heb 6:2; Rev 14:11).

April 27, 2014
What Is The Difference Between Wisdom and Knowledge In The Bible?
Next Post 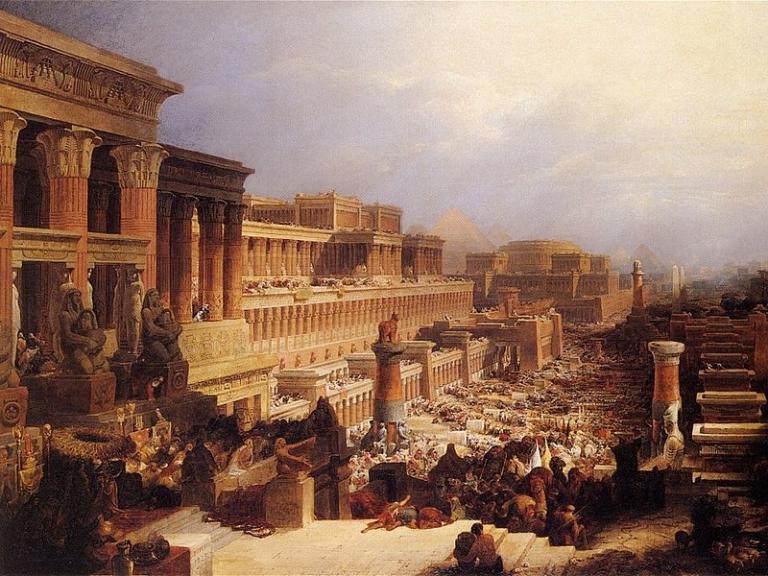 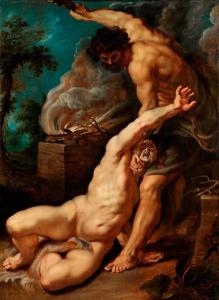