Blind Bartimaeus And The Salvation Of The Sinner

Blind Bartimaeus And The Salvation Of The Sinner November 30, 2018 Jack Wellman

The account of Jesus healing a blind man named Bartimaeus is similar to how a person is saved.

I’ve heard it said that repentance and faith are two sides of the same coin, and that coin refers to salvation, and when we read the gospels, we read about repentance and faith. Naturally, the gospel is introduced by Jesus Christ. Shortly “after John was arrested, Jesus came into Galilee, proclaiming the gospel of God, and saying, “The time is fulfilled, and the kingdom of God is at hand; repent and believe in the gospel” (Mark1:14-15), so the gospel includes repentance and faith. Before we even know we need to repent, we are born from above by the Spirit of God (John 3:3-7). The Father draws us to Himself, but we can only come to Him through Jesus Christ (John 6:44), but thankfully, God grants us repentance (Acts 5:31, 11:18, 2 Tim 2:24-26). That means only God grows the church (Acts 2:47), but God does use others as a means to bring people to Christ, and interestingly, the historical account of the blind man named Bartimaeus and his encounter with Jesus is similar to how a person is saved.

There was a blind man named Bartimaeus, and who knows how many years he’d been blind. He may have even been born blind, so when you’re in this desperate of a state, and know that Jesus is nearby, you’re probably going to cry out to Him because He’s you’re only hope. That’s just what Bartimaeus did as “he began to cry out and say, “Jesus, Son of David, have mercy on me” (Mark 10:47)! Bartimaeus was humbled by his blindness and dependency on others to survive, so a person who comes to believe often comes in a state of humility. And they’re not afraid to cry out for Jesus, even in the presence of others. The disciples apparently didn’t like this man crying out for Jesus so “many rebuked him, telling him to be silent. But he cried out all the more, “Son of David, have mercy on me” (Mark 10:48). That didn’t stop the man because he was man was willing to do whatever it took to get to Jesus. The man was determined, even in his humbled state. He even identifies Jesus as the Son of David, with the implications of His being the Messiah, so this blind man obviously believed in Jesus, and humbly pleaded His help.

Almost like the time when the disciples tried to prevent children from coming to Jesus, they tried to stop the blind man from coming Jesus, however, Jesus said, “Call him.” And they called the blind man, saying to him, “Take heart. Get up; he is calling you” (Mark 10:49). There are two similarities to a person’s salvation here. First, Jesus called Him (John 6:44; 15:16). “Many are called, but few are chosen” (Matt 22:14). This man was apparently chosen.  Also, after the man knew Jesus was calling him, it is assumed that they led the blind man to Jesus, so God will use others (including us!) to bring people to Christ, even though it is God alone Who saves (Eph 2:8-9), so the blind man, “throwing off his cloak…sprang up and came to Jesus” (Mark 10:50), and received eternal life (as we will later read).

After the blind man came to Jesus (or was brought to him), “Jesus said to him, “What do you want me to do for you?” And the blind man said to him, “Rabbi, let me recover my sight” (Mark 10:51). Obviously Jesus knew the man’s needs, but Jesus wanted the man to verbalize his faith…his faith that Jesus is the Son of David, and that he knew that Jesus could restore his sight. The point is, everyone must speak up for themselves and cry out to God. The man cried out to Jesus and desired to see. He went after Jesus, and knocked on heaven’s door as a result. Why do I say that? Because Jesus said, “Go your way; your faith has made you well.” And immediately he recovered his sight and followed him on the way” (Mark 10:52). He was blind, but now he could see. Now he could see his way to follow Jesus. Jesus is still looking for others who will follow Him. 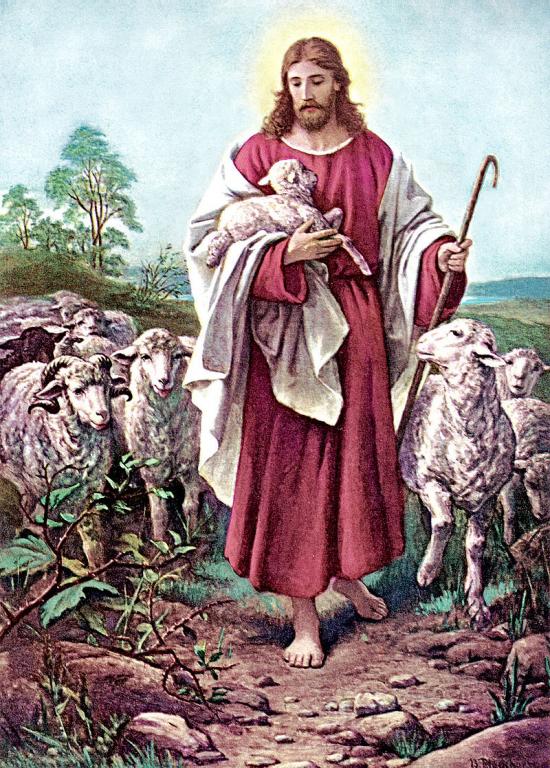 You might not have noticed the last thing that was said of Bartimaeus. After he received his sight, and believing in Christ, the man “followed him on the way” (Mark 10:52b). Jesus told the first disciples, “Follow me, and I will make you fishers of men” (Matt 4:19), and He did! The man didn’t need to be told that “whoever does not take his cross and follow me is not worthy of me” (Matt 10:38), because he wanted to follow Him. Jesus says, “If anyone would come after me, let him deny himself and take up his cross and follow me” (Matt 16:24). Bartimaeus was blind, but now he could see. So were we! He now followed Jesus instead of the world. He was once a blind, beggar, but now he was a child of God. He was following Jesus, while others were just making excuses (Luke 9:59, 61, 18:22). Those that don’t follow Christ, like Bartimaeus, are not of Jesus’ sheepfold because He says, “My sheep hear my voice, and I know them, and they follow me” (John 10:27).  Even blind sheep somehow find the Good Shepherd.

There are so many other examples of the gospel accounts within the gospels themselves, if only we would see. I find many of these by the simple means of my daily Bible reading. I learn them at times incidentally, and not necessarily seeking them out. That’s the way the Word of God is. It is so rich and infinite in content that a hundred million theologians could study for a hundred million years and still not plumb the depths of God’s infinite wisdom and knowledge. There are unsearchable riches in Christ, yet enough can be known that even a young child can be saved.

Challenge to Trump from the Right?
Cranach
Related posts from Christian Crier