Who Is Jesus of Nazareth? Was Jesus God?

Many false religions insist that Jesus was not God.  Who was Jesus?  Is Jesus only a Man or is He God, or is He both?

Isaiah 7:14 “Therefore the Lord himself will give you a sign. Behold, the virgin shall conceive and bear a son, and shall call his name Immanuel.”

This chapter looked forward to the coming of a Son that would be born of a human mother and that His mother would be a virgin; the virgin Mary.  This miraculous conception was foretold (Luke 1:26-33) and later fulfilled when “the angel answered her, “The Holy Spirit will come upon you, and the power of the Most High will overshadow you; therefore the child to be born will be called holy—the Son of God” (Luke 1:35).   This child would be called holy and the Son of God and even from His youth [and He] would never do anything evil.   The Hebrew name “Immanuel” means “God with us” so it is perfectly fitting that Jesus came to earth and was born of a virgin and because God with us.  This is exactly what the Apostle John wrote about.

Jesus is God With Us

John 1:9-10, 14 “The true light, which gives light to everyone, was coming into the world. 10 He was in the world, and the world was made through him, yet the world did not know him. And the Word became flesh and dwelt among us, and we have seen his glory, glory as of the only Son from the Father, full of grace and truth.”

The Apostle John’s description of Jesus matches that of Immanuel that “the Word became flesh and dwelt among us, and we have seen his glory.”  When Jesus was born of a human mother, He became both God and Man.  Some religions teach that man can become God but true religion, the truth that is found in the Bible, teaches us that God became Man and this God-Man dwelt with mankind.

Jesus Was and Is God

Jude 1:5 “Now I want to remind you, although you once fully knew it, that Jesus, who saved a people out of the land of Egypt, afterward destroyed those who did not believe.”

A careful reading of Jude amazingly tells us that it was Jesus “who saved a people out of the land of Egypt [and] afterward destroyed those who did not believe.”  Did you notice that it was Jesus that actually brought Israel out of Egypt and thus, Jesus existed before His human birth, therefore Jesus was not just a Man but the God of the Old Testament!  Since that occurred many thousands of years ago, Jesus could not simply be human.  He must be God for no man can live that many years without being God and thus Divine.  Paul understood this and this is why he wrote “that our fathers were all under the cloud, and all passed through the sea, and all were baptized into Moses in the cloud and in the sea, and all ate the same spiritual food, and all drank the same spiritual drink. For they drank from the spiritual Rock that followed them, and the Rock was Christ.  Nevertheless, with most of them God was not pleased, for they were overthrown in the wilderness” (1 Cor 10:1-5).

Jesus is the Creator God 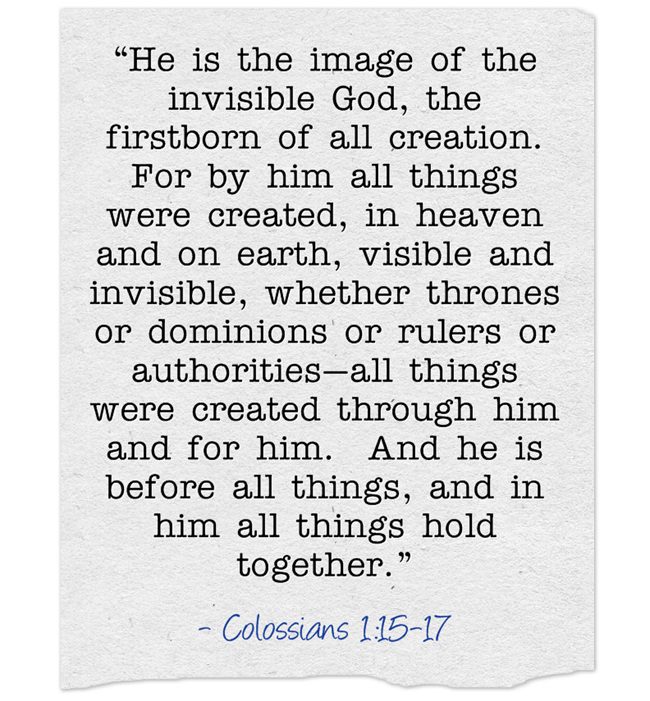 Before Abraham, Jesus Was

Jesus says “truly, truly” which means this is a sure and certain truth and He said that “before Abraham was, I am” clearly indicating that before Abraham existed, Jesus existed.  He uses the Old Covenant name of God, I AM.  In fact Jesus said “I AM” seven times in the Gospel of John. This name was the name given to Moses to tell the Israelites who were in bondage in Egypt Who God was (Ex 3:13-15). No wonder the Jews wanted to stone Him because they thought this was blaspheme.  Jesus was telling them the truth and the Scriptures revealed Who He was and is yet they refused to believe Him.  There is no doubt that Jesus was telling them that He was the “I AM” of the Old Testament, therefore, Jesus could not have been human because of the finite nature of human beings.

Jesus is most definitely God but He became a Man.  He lived a sinless life after being born of a virgin.  This sinless God-Man died for those who are sinful because it took a perfect sacrifice to cover imperfect humanity.   If you have never repented and trusted in this God-Man, then you will have to pay for your own sins in eternal judgment.  Since you can never pay off the sins you have committed, this penalty will never end.  Or, you could have Jesus’ righteousness imputed on your account and then God will see you as having Jesus’ own righteousness (2 Cor 5:21).  If you do so, then you can live forever in His presence in indescribable joy.

May 7, 2014
What Does The Bible Say About Gambling? A Christian Study
Next Post

May 8, 2014 Were There Giants In The Old Testament? What Does The Bible Teach?
Recent Comments
0 | Leave a Comment
Browse Our Archives
get the latest from
Evangelical
Sign up for our newsletter
POPULAR AT PATHEOS Evangelical
1