An Introduction To The Book of Acts

An Introduction To The Book of Acts August 28, 2014 Jack Wellman

The Book of Acts is the book of the Acts of the Holy Spirit and what He does in the church and the birth and history of the church.  Here is an introduction to this book.

The Book of Acts One

The Book of Acts is not simply a book about the acts of the Apostles or of the church but it is the acts of the Holy Spirit bringing men, women, and children to faith in Jesus Christ.  The Holy Spirit always points people to Jesus Christ and seeks to glorify Him and testify of Him as Savior, Lord, and God.  I believe that there is being written today the Book of Acts Two, which is why I called this section The Book of Acts One.  That is because this book was written with an open ending or as being unfinished.  Today, Christians, pastors, teachers, missionaries, or anyone that is evangelizing the lost will be included in the Book of Acts Two.  Their acts, their labor for the Lord and the working of the church is being written in heaven, I believe, by God to perhaps be taught to those who are yet to be born and born again; for them to read what occurred before they were born, and which will be revealed after Christ returns to establish His eternal kingdom.   Maybe you had never that of this before. Who will be in the Book of Acts Two?  It may not be those who we think it will be.  It could be the mother who faithfully taught her children the Word of God, the mother who faithfully stayed on her knees praying for her lost children, the woman of God who stayed true to the teachings of the Bible year after year being unnoticed by most.  Perhaps only her children and her husband were aware of her labor of love for the Lord.  I believe it will also be some church members, teachers, pastor, deacons, or elders who were in the unseen churches of the world, those missionaries that few of us know about, those churches in the third-world countries that led many to faith in Jesus Christ and of course, those who had to die for their faith who refused to deny their Lord, Jesus Christ.  Those who were big TV evangelists, mega-church pastors, and had huge radio ministries may pale in comparison to those who were faithful in the little that they had.

The Author of Acts

The best biblical scholarship acknowledges Luke, the beloved physician, who was a companion of Paul, as the author of the Book of Acts.  The fact that Luke wrote this book before A.D. 70 is supported by the fact that the destruction of Jerusalem had not yet occurred (in A.D. 70) and that Paul was still under house arrest at the ending of this book in chapter 28.  It seems that it had to be written before A.D. 64 when a great fire that Caesar started swept through Rome and the Christians were falsely accused of starting it, which resulted in the persecution and martyrdom of millions. Luke never mentions Paul’s death which is believed to have occurred around A.D. 68, therefore, the most educated guess is that Luke wrote this book around 61-64 A.D.

At one time, the Gospel of Luke and the Book of Acts was one book but was later separated into two separate books.  Luke wrote this book and the Gospel of Luke for Theophilus, who was likely a converted Greek.  Historians see Luke as one of the greatest of the ancient historians because of his detail to times, places, and people in such intricate details that archeological evidence has since proven to strongly support.  The Book of Acts is a book about the early church and includes the first movements of the church outward from Judea and into all the world, frequently spurred on by severe persecution. It’s interesting that the more the church was persecuted and the more the Roman authorities and the Jewish religious leaders tried to destroy the church, the more the church and the gospel of Jesus Christ spread.

The audiences are those of us who today have the privilege of reading it.  It is the history of the church and her beginnings but also how the Holy Spirit and Jesus Christ, the True Head of the Church, used the body of believers to proclaim salvation is by grace alone, by faith alone, in Christ alone.  This book reveals how the Gentiles and the Jews become one in the faith.  It is like a door hinge where we can look back at the Old Testament while also turning to see the future of the church.  This is like the transition of the Old Covenant to the New Covenant where the Mosaic Law is now replaced by the redemptive work of Christ on the cross.  The Holy Spirit is one of the main characters as He leads the church into an ever-expanding work that will eventually spread to the entire world.  This book reveals how God can take ordinary people and do extraordinary things through the power of the Holy Spirit and turn the whole world upside down (Acts 17:6).  The audience is anyone who wants to learn more from the Word of God and has included millions who, down through the ages, can see God’s great desire to save those who seem impossible to save (e.g. Saul to Paul), thus giving hope to those who believe that they are not worthy to be saved and those who seem the least likely to be used by God are often the one’s that He often prefers to work through.

The Purpose of Acts

I touched somewhat on the purpose of Acts in the previous section where I wrote about the audience for the Book of Acts but certainly one of the purposes of this book was to give a historical account of the church and her exponential growth through a body of believers who yielded to the Holy Spirit.  There are many key verses that show how the church grew like in Acts 2:42-47 where the fellowship of the believers “devoted themselves to the Apostles’ teaching and the fellowship, to the breaking of bread and the prayers” (Acts 2:42) and “all who believed were together and had all things in common…selling their possessions to all, as any had need…and day by day, attending the temple together and breaking bread in their homes…[receiving] their food with glad and generous hearts, praising God and having favor with all the people” (Acts 2:44-47a). What was the result of this fellowship?  God “added to their number day by day those who were being saved” (Acts 2:47b).  In other words, they fellowshipped together, they shared their possessions, they followed the Apostles teachings, they broke bread (ate) together, they praised God and by having such fellowship, God increased the church’s size.  The purpose then, aside from Luke giving us an historical account of the church, was how the Body of Christ is to live out their lives in fellowship with one another and how faith has to have feet to it.  It was an active, living, breathing, walking, and giving church.  That is a key on how churches can grow today.  They preached the Word, the lived the Word, and they were generous and loving with one another. 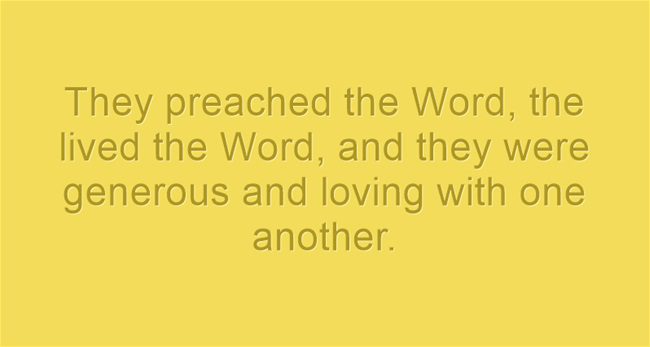 As I mentioned before I truly believe that the Book of Acts Two is being written in the very day that we are living.  Some chapters of this book may include Martin Luther, Charles Spurgeon, John Wesley, and hundreds of others who died for their faith who today nobody knows about.  I also believe those who nobody knows about today who labor for the Lord will be in this new book; the tireless mother who works for the Lord in her labor of love for her family, the pastor at some of the smallest churches out there who remain faithful to teaching the whole Word of God, and those who are still dying for Christ by not denying Him as Lord.  The Book of Acts was left unfinished for a very good reason and that reason is that it is still be written in heaven, to be complete someday at the coming of the Lord of lords and King of kings, Jesus Christ.

August 30, 2014 An Introduction to the Gospel of Luke
Recent Comments
0 | Leave a Comment
Browse Our Archives
get the latest from
Evangelical
Sign up for our newsletter
POPULAR AT PATHEOS Evangelical
1