What is Apologetics? What is an Apologist?

You’ve probably heard the word “apologetics” but what does it mean exactly?  What or who is an apologist?

What Apologetics is Not

Apologetics is not an apology where you say you are sorry for something.  It is not browbeating someone into submission so that they see that you are right. It is not intellectually destroying every non-believer you come into contact with that tries to force them to believe in God and the Bible, even if it’s against their will.  Apologetics is never arguing or debating with someone until they surrender to your arguments.  No one has ever been debated into believing against their own will and intellect by the will of man simply because they gave up.  It is not about winning an argument but winning a soul for Jesus Christ because only God can draw men to Christ (John 6:44).  Salvation is fully a work of God but He does use us to share the good news of the gospel of Jesus Christ.  Having great intellect sometimes makes a person arrogant (1 Cor 8:1) so Christians should always strive to use apologetics as an act of love (Rom 13, 1 Cor 13) and to “hold fast the faithful word which is in accordance with the teaching, so that he will be able both to exhort in sound doctrine and to refute those who contradict” it (Titus 1:9) and should “not be quarrelsome, but be kind to all” (2 Tim 2:24).

Appointed for the Defense of the Gospel

Read what Paul thought of his calling when he wrote to the church at Philippi saying he wanted them to be “partakers with me of grace, both in my imprisonment and in the defense and confirmation of the gospel” (Phil 1:7b) “knowing that I am put here for the defense of the gospel” (Phil 1:16).  Paul may have been the greatest apologist of all time with both the Jews and the Gentiles (or Greeks) as he “reasoned with them from the Scriptures, explaining and proving that it was necessary for the Christ to suffer and to rise from the dead, and saying, “This Jesus, whom I proclaim to you, is the Christ.” And some of them were persuaded and joined Paul and Silas, as did a great many of the devout Greeks and not a few of the leading women” (Acts 17:2b-4).

Admonitions to Be Ready

Paul may have been not only the greatest apologist but also the greatest missionary ever and he frequently got arrested for preaching the gospel so what did he say in many of these circumstances?  In Acts 22:1-2 he says “Brothers and fathers, hear the defense that I now make before you.” And when they heard that he was addressing them in the Hebrew language, they became even more quiet.” Once again, Paul was brought before the authorities, this time King Agrippa as it says in Acts 25:16 “I answered them that it was not the custom of the Romans to give up anyone before the accused met the accusers face to face and had opportunity to make his defense concerning the charge laid against him.”  Paul wrote to the Corinthians in 2 Corinthians 2:5 that “We destroy arguments and every lofty opinion raised against the knowledge of God.”  Paul argued that unbelievers have no excuse, “For what can be known about God is plain to them, because God has shown it to them.  For his invisible attributes, namely, his eternal power and divine nature, have been clearly perceived, ever since the creation of the world in the things that have been made. So they are without excuse” (Rom 1:19-20) which is similar to what David wrote in Psalm 19:1-2; “The heavens declare the glory of God, and the sky above proclaims his handiwork” and “day to day pours out speech, and night to night reveals knowledge” but they still “suppress the truth” (Rom 1:18c).  We are also reminded of Peter’s admonition which has already been established when he wrote that we must “always being prepared to make a defense to anyone who asks you for a reason for the hope that is in you; yet do it with gentleness and respect” (1 Pet 3:15). 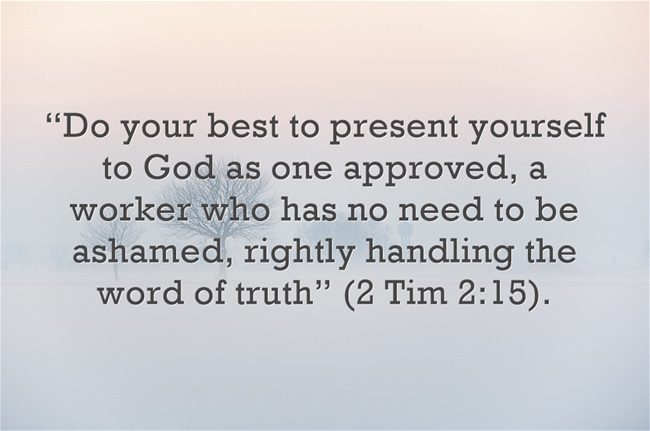 Some of the best authors on apologetics are R.C. Sproul, C.S. Lewis, Ravi Zacharias, John Ankerberg, John Lennox, Albert Mohler, Norman Geisler, William Craig, J. P. Moreland, Augustine,Anselm, and Thomas Aquinas.  You can read some of these men’s works and see how they approach apologetics differently and can see  Paul command Timothy and really, all Christians to “Do your best to present yourself to God as one approved, a worker who has no need to be ashamed, rightly handling the word of truth” (2 Tim 2:15).  We know that God is “not desiring that any should perish, but that all should reach repentance” (2 Pet 3:9) and that should be our desire too.

October 1, 2014
What Does The Number Thirteen (13) Mean or Represent in the Bible?
Next Post

Your Child Won't Be a Pro...
Ponder Anew
Related posts from Christian Crier