Here are my top 7 Bible verses about equality.  Which ones might you include?

There may be no better Bible verse in all the Bible on equality than this one because it includes gender, social position, and nationality.  It is never about race but simply about grace and we are all one…and seen as equal in God’s sight.

The idea that God in the Old Testament would not welcome the stranger or alien into the nation of Israel is patently false because God had regard for the stranger, which means anyone other than those coming from the 12 Tribes.  Israel, and surely we, should treat strangers who are not native to this land as those who are accepted by God and again, as in Galatians 3:28, it doesn’t matter to God about gender, nationality, or social position.

John 13:16 “Truly, truly, I say to you, a servant is not greater than his master, nor is a messenger greater than the one who sent him.”

Jesus’ saying certainly is contrary to the way the world thinks because those in positions of power generally think more highly of themselves than those who might be less fortunate than them or even employed by them because listen to what Paul writes in Romans 12:3 “For by the grace given to me I say to everyone among you not to think of himself more highly than he ought to think, but to think with sober judgment, each according to the measure of faith that God has assigned.”  Jesus’ saying in John 13:16 was right after He, being God Himself, washed the dirty, smelly disciples feet and was trying to teach them (and us by extension) the idea that we are to serve one another, regardless of social rank.  Imagine that; He was the God of the Universe washing His created creature’s feet…even Judas’ feet, who would betray Him just a few short minutes later.  When God sees us doing such a thing in a humble attitude, He will most certainly bless us.

Acts 10:34-35 “So Peter opened his mouth and said: “Truly I understand that God shows no partiality, but in every nation anyone who fears him and does what is right is acceptable to him.”

Although this is very similar to Romans 2:11 it is expanded to include people of every nation.  God’s impartiality is not based upon nationality but includes “anyone who fears him” and not just that but whoever “does what is right is acceptable to him.”  God bases acceptance upon those who fear him and doing what they know to be right.

Mark 12:31 “The second is this: ‘You shall love your neighbor as yourself.’ There is no other commandment greater than these.”

Ephesians 5:21 “Submit to one another out of reverence for Christ.” 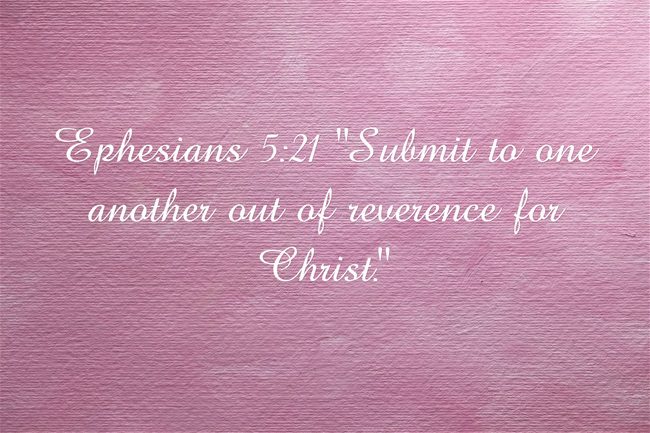 There is no mention of hierarchy here…just a statement of submitting to one another and doing so out of reverence for Jesus Christ.  Should we not submit to others in love since He left the glory of heaven to die for us in such a humiliating circumstance?  Consider Christ “Who, being in very nature God, did not consider equality with God something to be used to his own advantage; rather, he made himself nothing by taking the very nature of a servant, being made in human likeness. And being found in appearance as a man he humbled himself by becoming obedient to death—even death on a cross!” Shouldn’t we follow that amazing example and submit to one another out of love?

James summed up the concept of equality when he wrote “My brothers and sisters, believers in our glorious Lord Jesus Christ must not show favoritism. Suppose a man comes into your meeting wearing a gold ring and fine clothes, and a poor man in filthy old clothes also comes in. If you show special attention to the man wearing fine clothes and say, “Here’s a good seat for you,” but say to the poor man, “You stand there” or “Sit on the floor by my feet,” have you not discriminated among yourselves and become judges with evil thoughts” (James 2:1-4).  Since God does not show favoritism (Rom 2:11) and does not respect one man or woman over another (Acts 10:34), then neither should we for “If you really keep the royal law found in Scripture, “Love your neighbor as yourself” you are doing right. But if you show favoritism, you sin and are convicted by the law as lawbreakers” (James 2:8-9).