Every one of us have been given talents, time, and treasure so what have we done with these and what will we do with them since we are all stewards of God.

Matthew 25:29 “For to everyone who has will more be given, and he will have an abundance. But from the one who has not, even what he has will be taken away.”

First Peter 4:10 “As each has received a gift, use it to serve one another, as good stewards of God’s varied grace.”

I believe that Peter is talking about gifts of the Spirit because of the context of this chapter (1st Pet 4) and the gifts are not for our own purposes but for the purposes of the church; to serve one another. If we don’t use our gifts, we might lose what we have, as referenced in Matthew 25, because we’ve not been good stewards with what God has entrusted us with. 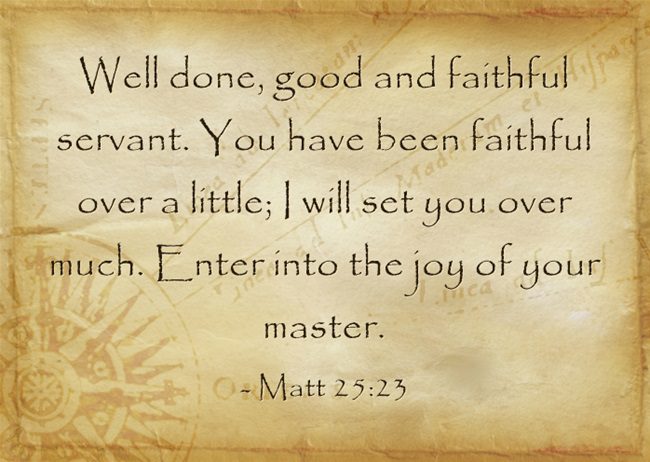 Titus 1:6-8 “If anyone is above reproach, the husband of one wife, and his children are believers and not open to the charge of debauchery or insubordination. For an overseer, as God’s steward, must be above reproach. He must not be arrogant or quick-tempered or a drunkard or violent or greedy for gain, 8 but hospitable, a lover of good, self-controlled, upright, holy, and disciplined.”

An overseer is like a shepherd overseeing a flock and in this case, it is the church that the overseer (or pastor) is over and he is a steward, God’s steward, and must live a life that is above reproach, otherwise he is not fit to pastor a church at all. The behavioral expectations that are listed are prohibitions for a pastoral position as God’s steward.

First Timothy 1:3-5 “As I urged you when I was going to Macedonia, remain at Ephesus so that you may charge certain persons not to teach any different doctrine, nor to devote themselves to myths and endless genealogies, which promote speculations rather than the stewardship from God that is by faith. The aim of our charge is love that issues from a pure heart and a good conscience and a sincere faith.”

The fact that this instruction from Paul comes from a pastoral epistle (letter) shows that, once again, the pastor is responsible for the flock but this is not about the pastor’s behavior necessarily but about the charge given to him by God to rebuke those who teach different doctrines than what is found in Scripture because some false teachings were devoted to myths, fables, and endless (and useless) genealogies that are only speculative at best. Once again this shows that being a good steward isn’t always about money nor is it only about the gifts and proper use of the Spiritual gifts God gives to every believer, including the pastor.

Ephesians 3:1-3 “For this reason I, Paul, a prisoner for Christ Jesus on behalf of you Gentiles— assuming that you have heard of the stewardship of God’s grace that was given to me for you, how the mystery was made known to me by revelation, as I have written briefly.”

Luke 16:11 “If then you have not been faithful in the unrighteous wealth, who will entrust to you the true riches?”

This verse returns back to the thought given in the Parable of the Talents in Matthew 25. If we aren’t faithful in what God has entrusted to us, even if it’s little, then why would we ever expect that he would entrust us with true riches? Obviously He wouldn’t because to he or she who has been given much, much will be required or more specifically as Jesus said “Everyone to whom much was given, of him much will be required, and from him to whom they entrusted much, they will demand the more” (Luke 12:48).

If a farmer sows sparing, the farmer must realize that he or she won’t reap much but if they sow bountifully, they can expect a more bountiful harvest. It is a cause and effect. God doesn’t need your money or want your offerings as much as He does your heart which is why a cheerful giver doesn’t give out of compulsion or give reluctantly but will give cheerfully or joyfully.

Jesus said “Whoever has will be given more, and they will have an abundance. Whoever does not have, even what they have will be taken from them.” (Matt 13:12) so which are you? Are you a good steward? Then you will receive a great reward but if not, you will receive little or next to nothing. As for me, I would rather hear Jesus say “Well done, good and faithful servant. You have been faithful over a little; I will set you over much. Enter into the joy of your master” (Matt 25:23). I suspect that if you’re a believer, that’s what you want to hear too.

June 25, 2015
What Does The Bible Say About Cheating On A Spouse?
Next Post 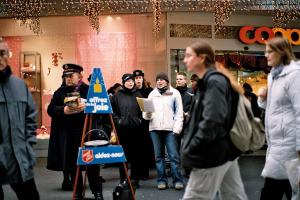 Evangelical
How Generosity Changes the World…And You!
Christian Crier 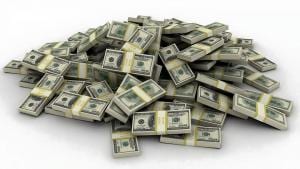 Evangelical
The Perils And Pleasures of Money
Christian Crier