What Is The Difference Between The Rod and The Staff? A Bible Study

What Is The Difference Between The Rod and The Staff? A Bible Study July 24, 2015 Jack Wellman

The 23rd Psalm has the rod and the staff mentioned in the same verse so what are the main differences between a rod and a staff?

This might be one of the best known chapters in the entire Bible. Maybe it’s because we’ve all experienced our own valley of the shadow of death or been in deep, dark valleys. David had assurance that His Shepherd would lead him out of this valley. The Shepherd never promised to take him over the valley, around the valley, or to avoid the valley but He did promise to go with him through the valley. That’s why he was able to write that he would fear no evil (Psalm 23:4). He didn’t say that he could avoid the evil but he didn’t have to fear the evil because the Great Shepherd would go with him in his encounters with evil. Why did the psalmist have no fear? It was because the Shepherd had His rod and His staff with Him. For this reason, there was no need to fear but why does the Shepherd need both a rod and a staff? What’s the difference between the two?

Biblical References of the Rod

David was a shepherd as a youth and he described his use of the rod to King Saul “Your servant used to keep sheep for his father. And when there came a lion, or a bear, and took a lamb from the flock, I went after him and struck him and delivered it out of his mouth. And if he arose against me, I caught him by his beard and struck him and killed him” (1st Sam 17:34-35). Rods were sometimes used as weapons of defense or offense and sometimes simply as a walking stick (Gen 32:10) but a few times the rod and the staff were referred to as the same thing since the Hebrew word for rod (shebet) means both a rod or a staff but it can also mean “a club” but most of the time the rod was a symbol of correction and discipline like when Solomon wrote Proverbs 13:24 “Whoever spares the rod hates his son, but he who loves him is diligent to discipline him.” In this proverb, it is talking about discipline and not using a literal rod to beat a child. By the way, this doesn’t give the person using the rod a free license to inflict harm as the law of God said “When a man strikes his slave, male or female, with a rod and the slave dies under his hand, he shall be avenged” (Ex 21:10). 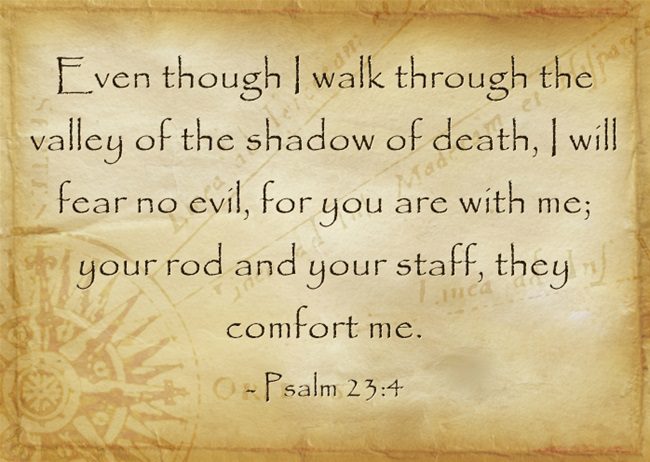 The Rod and Love

In the covenant that God made with David the Lord said of Solomon,“I will be to him a father, and he shall be to me a son. When he commits iniquity, I will discipline him with the rod of men, with the stripes of the sons of men” (2nd Sam 7:14) so we know that God does not mean that He would beat Solomon with an actual rod but God was using this word as an expression of His discipline of Solomon when he would need it (and he would!). This is actually a sign of love because love = discipline since the opposite of love is not hate…it is indifference. Hebrews 12:6 says “the Lord disciplines the one he loves, and chastises every son whom he receives.” The psalmist declares “Blessed is the one you discipline, LORD, the one you teach from your law” (Psalm 94:12) and “that in faithfulness you have afflicted me” (Psalm 119:75b) for surely “the LORD disciplines those he loves, as a father the son he delights in” (Prov 3:12).

Biblical References of the Staff

Even today in many parts of the world, shepherds still carry rods and staffs to protect and care for their sheep but the staff has a significantly different meaning and use than the rod. The staff is symbolic of God’s authority as His leaders were identified like in the case where Aaron’s rod which budded and was a sign to others that God had ordained him alone as the high priest (Num 17) but also in ancient Israel a staff was given to military leaders (Judged 5:14). The staff in Moses’ hand was involved with the plagues given out to Egypt that indicated God’s sovereignty over Egypt and that He was working through His servant Moses (Ex 7-10). The staff was also a referred to as a sign of a ruler like a king’s scepter which is what Isaiah wrote “The Lord has broken the staff of the wicked, the scepter of rulers” (14:5) and of a nation when God referred to Egypt as “that broken reed of a staff” (36:6).

Jesus’ Rod and His Staff

Jesus is called the Great Shepherd. He defends His sheep with His rod but He brings back the wandering or straying sheep with the shepherd’s crook. The staff has a curved end that fits the neck of the sheep perfectly and it is a gradual u-shape, meaning that it can take hold of little lambs as well as the grown sheep, using the same staff. He can defend the flock from the wolves by His rod and correct us by His rod when we need it and He can keep the sheep close to Him by the staff. This is how Micah referred to the staff, writing “Shepherd your people with your staff, the flock of your inheritance, who dwell alone in a forest in the midst of a garden land” (Micah 7:14).

God loves us so much not to leave us to ourselves. He cares enough to discipline us with His metaphorical rod when we need it. If He didn’t love us, He’d let us wander off like sheep over a cliff. His rod protects us from the enemy and He uses His staff to keep us close to the Shepherd. Jesus is the Great Shepherd and He uses both the rod when we need it and the staff when He needs to. They show the loving care of the Father and the Son of God Who is the Great Shepherd for if the Shepherd starts off with one hundred sheep, He will surely bring home one hundred sheep so we too can say, as the psalmist said, “Even though I walk through the valley of the shadow of death, I will fear no evil, for you are with me; your rod and your staff, they comfort me” (Psalm 23:4).

July 24, 2015
What Is The Difference Between Honor and Respect? A Bible Study
Next Post

July 24, 2015 What Is The Difference Between Love and Lust? A Bible Study
Recent Comments
7 Comments | Leave a Comment
Browse Our Archives
get the latest from
Evangelical
Sign up for our newsletter
POPULAR AT PATHEOS Evangelical
1

Should Christians Fight the Culture or...
Cranach
Related posts from Christian Crier 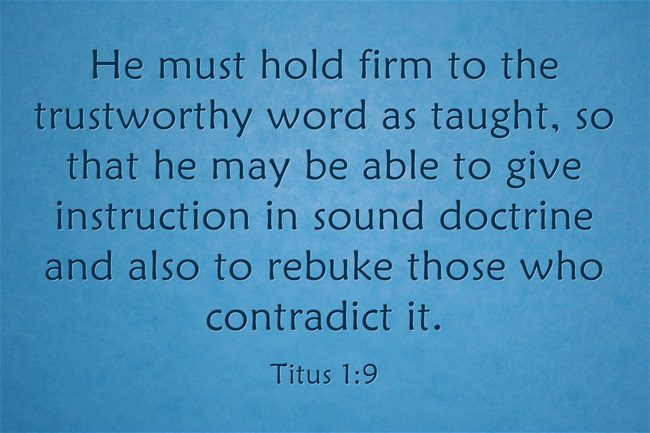 Evangelical
What Are The Responsibilities Of A Church Elder?
Christian Crier 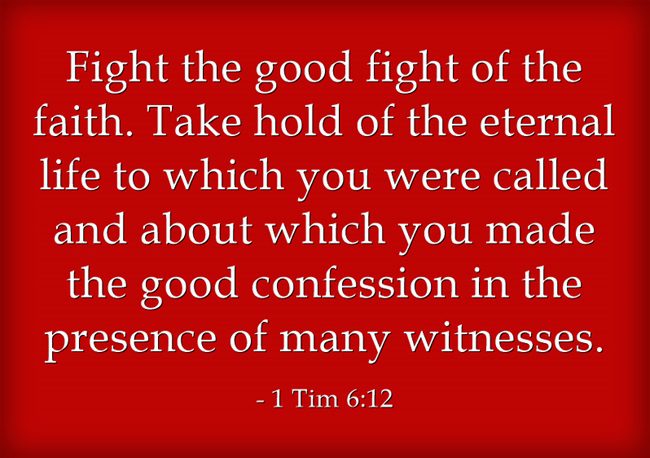 Evangelical
How To Be An Effective Spiritual Leader
Christian Crier 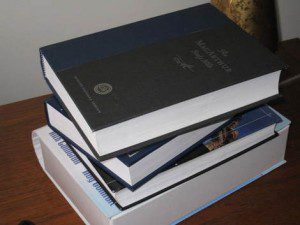