Where Did Sin Originate From?

Where Did Sin Originate From? October 26, 2015 Jack Wellman

Where did sin originate? Was it on the earth or was it in heaven? Was the first sin by man or by Satan or Lucifer?

Before there was sin found any place in the universe, including heaven, Lucifer was created for the purpose of glorifying God as were all creatures as even the creation was (Psalm 19:1). There was perfection in all the creation until pride surfaced and we find evidence of that in Isaiah 14:12-14 which describes Lucifer’s fall. It all started when he said in his heart, “I will ascend to heaven; above the stars of God. will set my throne on high; I will sit on the mount of assembly in the far reaches of the north” (14:13) so he wanted to sit on the very throne of God and above the stars (angels) of God in heaven (far reaches of the north) even saying “I will ascend above the heights of the clouds; I will make myself like the Most High” (14:14) or it could read, “I will be the Most High.” Lucifer was created in perfection (Ezk 28:11) as Isaiah writes, “You were blameless in your ways from the day you were created till unrighteousness was found in you” (Ezk 28:15). The root of Lucifer or Satan’s sin was pride. He wasn’t satisfied with only giving God glory; he wanted it for himself and sought to be worshiped. This was the very first sin and predated that of Adam and Eve in the Garden of Eden. 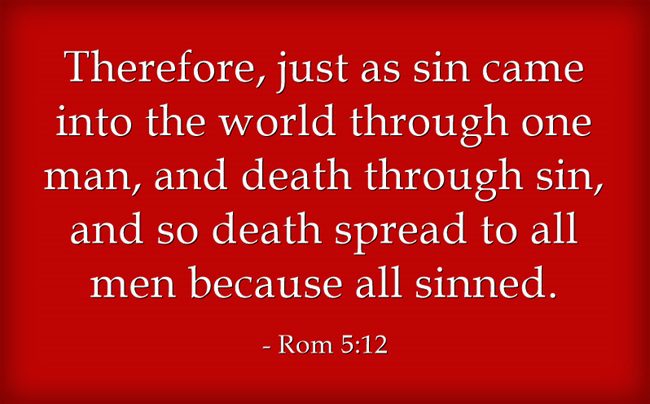 The Fall of Mankind

God created the earth in perfection as well and the Garden of Eden was the epitome of that perfection. Both Adam and Eve, at least in the beginning, were in perfection too and had a relationship and fellowship with God. At least until they choose to decide for themselves what is good and what is evil (Gen 3). When they decided to choose for themselves the knowledge of good and evil, they lost the eternal life that they had been offered. They rejected obedience to God and so God said “lest he reach out his hand and take also of the tree of life and eat, and live forever—” therefore the Lord God sent him out from the Garden of Eden to work the ground from which he was taken. He drove out the man, and at the east of the garden of Eden he placed the cherubim and a flaming sword that turned every way to guard the way to the tree of life” (Gen 3:22b-24).

The seed of sin had been planted in God’s creation after Lucifer had committed cosmic treason by rebelling against God and becoming His enemy. Satan must have been so consumed by hate for God that he wanted to spread sin throughout the world by means of Adam and Eve and “Therefore, just as sin came into the world through one man, and death through sin, and so death spread to all men because all sinned” (Rom 5:12) and “just as one trespass resulted in condemnation for all people, so also one righteous act resulted in justification and life for all people” (Rom 5:18). That verse has both the bad news and the good news. I always like to hear the bad news first and so does Paul as he wrote that it was “by the trespass of the one man, death reigned through that one man, how much more will those who receive God’s abundant provision of grace and of the gift of righteousness reign in life through the one man, Jesus Christ” (Rom 5:17). The wages of sin had spread everywhere now and we know that “the wages of sin is death, but the gift of God is eternal life in Christ Jesus our Lord” (Rom 6:23).

As it was written, “For as in Adam all die, so in Christ all will be made alive” (1st Cor 15:22) “For as by a man came death, by a man has come also the resurrection of the dead” (1 Cor 15:21) and that’s the good and bad of it. Instead of blaming Adam and Eve, if we had been there, I am certain we would have made the very same choice. Paul as Paul said “sin came into the world through one man, and death through sin, and so death spread to all men because all sinned” (Rom 5:12) and so it was “because of one man’s trespass, death reigned through that one man, much more will those who receive the abundance of grace and the free gift of righteousness reign in life through the one man Jesus Christ” (Rom 5:17). The wages of sin had spread everywhere and we know that “the wages of sin is death, but the gift of God is eternal life in Christ Jesus our Lord” (Rom 6:23).

October 26, 2015
What Does The Bible Say About Engagement Before Marriage?
Next Post 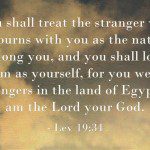 October 26, 2015 How Should Christians Treat Illegal Aliens?
Recent Comments
9 Comments | Leave a Comment
Browse Our Archives
get the latest from
Christian Crier
Sign up for our newsletter
POPULAR AT PATHEOS Evangelical
1