Who Were The Corinthians In The Bible?

Who Were The Corinthians In The Bible? December 14, 2015 Jack Wellman

Who were the Corinthians Paul wrote his two letters too? Was there a third letter that was lost?

The church at Corinth is believed to have been planted by Paul but very quickly, it became apparent that Paul would have to write to the Corinthians (1st Cor., approximately A.D. 55) to confront them and correct this young church because it was struggling with matters of disunity, sexual immorality and immaturity. There were so many spiritual ailments with this church that Paul had to write three letters, something he never needed to do with the other church epistles (letters). Paul also wrote 2nd Corinthians and one which was lost, the so-called “strong letter.” A quick summary of this new church plant was that they were debaucherous and immoral. Infighting was common, and they were quick to sue one other. They also entertained false teachings and lacked spiritual maturity, and were being jealous over each other’s spiritual gifts, other than that, not much wrong there! In short, they were a mess. It reminds me of “Kindergarten Cop” but this time, it’s not Arnold who walks into the room but Paul who walks right into a “corinthianized” church, as I’ll explain later. 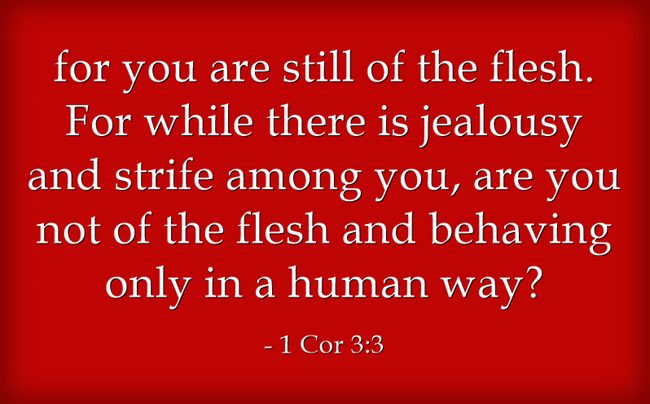 Jesus gave Paul a vision while in Troas and He directed him to Macedonia (Acts 16:9-10) in what is called the “Corinthians vision” or the “Macedonian call.” Paul sought to go to Asia “but the Spirit of Jesus did not allow them. So, passing by Mysia, they went down to Troas. And a vision appeared to Paul in the night: a man of Macedonia was standing there, urging him and saying, “Come over to Macedonia and help us” (Acts 16:7b-9) and obviously “when Paul had seen the vision, immediately we sought to go on into Macedonia, concluding that God had called us to preach the gospel to them” (Acts 16:10). If not for Jesus’ redirecting Paul to Corinth, the church might not have grown so large or it might not have been planted in the first place; who knows?

Could you call the city of Corinth something like “sin city?” Some probably did as the phrase “to corinthianize” meant being involved in sexual immorality and to be engrossed in a lewd and sexually immoral lifestyle. That was the lifestyle of many of the Corinthians before they were saved as Paul wrote “But you were washed, you were sanctified, you were justified in the name of the Lord Jesus Christ and by the Spirit of our God” (1st Cor 6:11) but some, even after they were saved were still living that way so Paul warned them to “Flee from sexual immorality. Every other sin a person commits is outside the body, but the sexually immoral person sins against his own body” (1st Cor 6:18) and asked them, did “you not know that your bodies are members of Christ? Shall I then take the members of Christ and make them members of a prostitute? Never” (1st Cor 6:15)! Paul would have had no need to write so many letters (epistles) to the church about abstaining from sexual immorality if the Corinthians didn’t have a problem with it. Today, there are lots of corinthianizing cites around the world, some to the point of Sodom and Gomorrah.

Obviously, if God had wanted Paul’s so called “strong letter,” which has been lost, we would have it today but perhaps it was not fitting to be in Scripture. Perhaps Paul was a bit too “strong” in rebuking the Corinthians. It could have been one of Paul’s greatest enemies or a Judiazer who were constantly hounding and harassing Paul to the point of persecution and unfounded arrests who took the letter and destroyed it. The only thing we know for sure is that we have all we need in the Bible as it is. It is efficient to tell us how to be saved and sufficient to ensure we are.

First and Second Corinthians could be written to a lot of churches today. There is a lot of compromising with sexual immorality in the churches but this is contrary to biblical doctrines that all who live in sexual immorality will not be going to heaven as Paul writes “that everyone who is sexually immoral or impure, or who is covetous (that is, an idolater), has no inheritance in the kingdom of Christ and God” (Eph 5:5) so “Let no one deceive you with empty words, for because of these things the wrath of God comes upon the sons of disobedience. Therefore do not become partners with them” (Eph 5:6-7) since “the sexually immoral, sorcerers, idolaters, and all liars, their portion will be in the lake that burns with fire and sulfur, which is the second death” (Rev 21:8).

December 14, 2015
Why Was The Ascension Of Jesus Important?
Next Post