Who Was At The Last Supper With Jesus?

Who Was At The Last Supper With Jesus? December 15, 2015 Jack Wellman

There has been a lot of misinformation about exactly who was at the Last Supper with Jesus? What does the Bible say about it?

The Last Supper or the Passover Meal, which Jesus partook in before His going to Calvary was attended by those who were Jesus’ disciples and we know by conversations that it included the Apostle Peter and John as well as the other disciples or apostles. Even Judas was there for a time before he left to betray Jesus to the Jewish leadership. Some call it the “Last Supper” but it was never called that in Scripture. It was referred to as the Passover Meal. When “the disciples came to Jesus, saying, “Where will you have us prepare for you to eat the Passover?” He said, “Go into the city to a certain man and say to him, ‘The Teacher says, My time is at hand. I will keep the Passover at your house with my disciples.’” And the disciples did as Jesus had directed them, and they prepared the Passover” (Matt 26:17-19). These verses show that Jesus’ own disciples, the twelve to be precise, were the only one’s present at the Last Supper or the Passover Meal. Any one that is said to have attended beyond these is sheer speculation and conjecture and there is no proof outside of human reasoning. The Bible simply records Jesus as saying “I will keep the Passover at your house with my disciples.” There is no mention of anyone else. 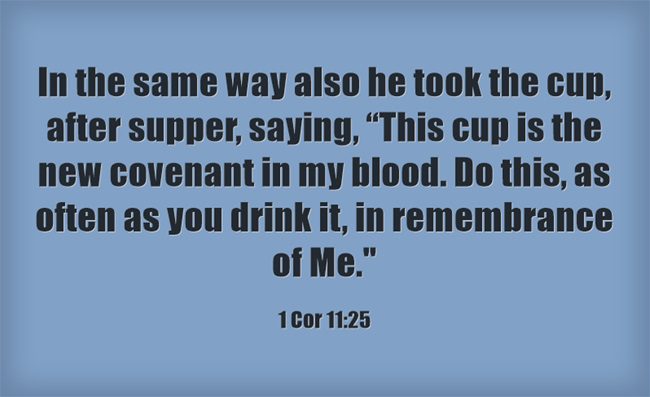 Who Was and Wasn’t There?

Sadly, many have misconstrued a painting by Leonardo da Vinci as including Mary Magdalene because some have theorized that she was sitting to the left of Christ in the painting, but this is a contradiction of Scripture since there had to be twelve disciples, and Mary was not one of the twelve. Jesus had said earlier that “I will keep the Passover at your house with my disciples.” If that was Mary to Jesus’ left, then where is the Apostle John? It would seem ridiculous to have Mary take John’s place and the Apostle John, the Apostle whom Jesus loved, but absent from the Passover Meal. There is absolutely no Scriptural evidence and no consensus among church historians and Bible scholars that anyone other than the twelve disciples attended. There are thirteen people in all (including Christ) and we can see, presumably the figure of Judas Iscariot to the right of Christ so there is no way that Mary or anyone else were at the Last Supper or the Passover Meal beside the disciples. Incidentally, da Vinci had several things in his painting that were not accurate, at least historically. For one thing, the disciples didn’t sit at a table like the one we see in the picture as in this time era since the tables were not raised like this and they usually reclined on the floor with a table that was near to the ground.

In a study of Leonardo da Vinci’s work on the Last Supper we can see from reading his Last Supper notes and sketches or drawings of the disciples that he drew nine apostles and then he identified each of them by names, which were written above their heads, and the fact is that none of them included Mary Magdalene. By the way, Dan Brown’s The Da Vinci Code is purely fictional and in fact which is why this book is in the fiction section in libraries and listed as fiction by online book sellers. If da Vinci were still alive today and he read the Da Vinci Code, he’d be utterly outraged by the license that Brown took in writing his book. There is no historical accuracy to it any more than there is in science fiction books that used to say that the moon is made of cheese. The only three truths that can be substantiated in Brown’s Da Vince Code are that London is in England, Paris is in France, and Rome is in Italy. Other than that, you’re looking at pure conjecture and unhistorical speculations.

Bible Verses on the Last Supper

The Last Supper or really, more accurately, the Passover Meal was the last meal before Jesus went to the cross and so “the disciples came to Jesus, saying, “Where will you have us prepare for you to eat the Passover?” He said, “Go into the city to a certain man and say to him, ‘The Teacher says, My time is at hand. I will keep the Passover at your house with my disciples.’” And the disciples did as Jesus had directed them, and they prepared the Passover” (Matt 26:17-19). Later, “Jesus took bread, and after blessing it broke it and gave it to the disciples, and said, “Take, eat; this is my body.” And he took a cup, and when he had given thanks he gave it to them, saying, “Drink of it, all of you, for this is my blood of the covenant, which is poured out for many for the forgiveness of sins. I tell you I will not drink again of this fruit of the vine until that day when I drink it new with you in my Father’s kingdom” (Matt 26:26-29). That day is coming when it will be said, “Blessed are those who are invited to the marriage supper of the Lamb.” And he said to me, “These are the true words of God” (Rev 19:9).

If you’ve never repented and trusted in Christ, then you will be absent from the marriage feast of the church and the Lamb of God. The Bride of Christ, the church, will sit down and dine with the Bridegroom and be with the Lord forevermore. There will be an end to all suffering for the child of God but for those who reject Jesus and His message, the suffering will only be beginning and be without end (Rev 20:12-15; 21:8).

December 14, 2015
Who Were The Corinthians In The Bible?
Next Post

December 15, 2015 Who Was With Jesus On The Mount Of Transfiguration?
Recent Comments
2 Comments | Leave a Comment
Browse Our Archives
get the latest from
Evangelical
Sign up for our newsletter
POPULAR AT PATHEOS Evangelical
1