How Do Demons Attack People According To The Bible?

How Do Demons Attack People According To The Bible? December 22, 2015 Jack Wellman

How do demons or Satan attack God’s people? What are their specific tactics?

Why do demons attack? What does the Bible say is the reason? For one thing, we’re not battling an enemy that we can see with our eyes since “we do not wrestle against flesh and blood, but against the rulers, against the authorities, against the cosmic powers over this present darkness, against the spiritual forces of evil in the heavenly places” (Eph 6:12). These demons of darkness are opposed to the gospel of Jesus Christ and will do anything that can to prevent people from being saved. In one case, Daniel had prayed to God but it took three weeks for the angel of God to deliver the message. Why? The angel told Daniel that “The prince of the kingdom of Persia withstood me twenty-one days, but Michael, one of the chief princes, came to help me, for I was left there with the kings of Persia” (Dan 10:13).  Michael, as one of the chief princes or angels, had to come to ensure the message got through to Daniel as they were fighting the “prince of Persia,” most likely a very powerful demon angel. Demons are simply fallen angels who choose to follow Lucifer’s rebellion and have joined with the prince of darkness to interfere in any way possible with the plan of salvation and that includes attacking Christians.

Is it Satan or a Demon?

If I hear someone say that “Satan is attacking them or harassing them” and then about a dozen others say the same thing, I have to think that they are probably going through spiritual attacks but not by Satan but by demons. That’s because Satan is not omnipresent, like God is. As a created being, he can only be in one place at a time; therefore they are likely dealing with demons and not Satan. He most likely spends his time on the most effective evangelists, teachers, preachers, missionaries, and maybe even world leaders as Paul writes that “you were dead in the trespasses and sins in which you once walked, following the course of this world, following the prince of the power of the air, the spirit that is now at work in the sons of disobedience” (Eph 2:1-2) so who do these demons focus on? Who are their prime targets? 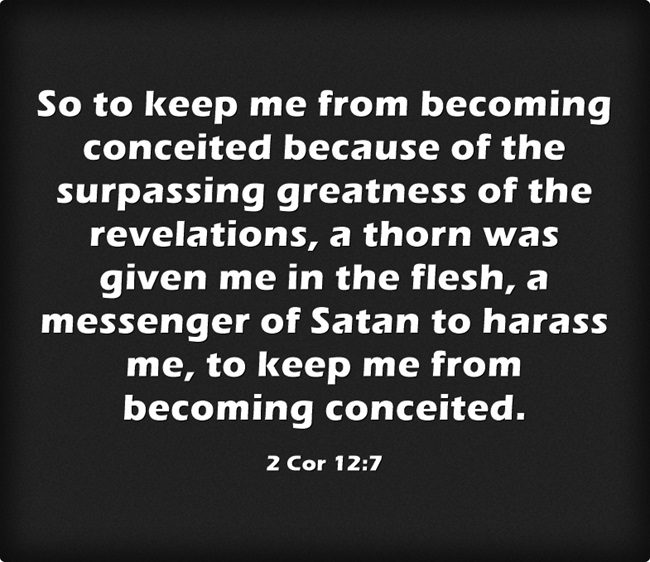 The demons focus on those who are entering enemy territory. That is, they are bringing the gospel into the community, the town square, on the streets, into prisons, into the nursing homes, and just about any place that there are people. The demons hate anything about God and will focus on those who are actively sharing their faith. Why would they waste their time on silent, underground, private-eye Christians who might look more like “pew potatoes” than believers who are living out the Great Commission (Matt 28:19-20; Acts 1:8)? Like the demons prevented Daniel’s message from arriving for three weeks, demons will try to disrupt our lives as much as possible.

Demons will attack your belief in your own salvation by filling you full of doubts it, but for everyone who’s repented and put their trust in Christ, their doubts are groundless. Demons will also try to persecute you, even using others to bring about railing accusations, false rumors, profanity-laced tirades, insults, name calling and flat out lies. The Devil’s name means slanderer and that’s what he’ll try to do with your good name. The Apostle John writes that Satan, “the accuser of our brothers has been thrown down, who accuses them day and night before our God” (Rev 12:10b) so he is constantly accusing us of sin. And he’s right but the difference is that when we confess our sins, God forgives us and then cleanses us from all of our unrighteousness (1st John 1:9) so Christians are untouchable as they “have conquered him by the blood of the Lamb and by the word of their testimony, for they loved not their lives even unto death” (Rev 12:11). Demons will also try to make you feel hopeless, lost, depressed, without purpose, and try to destroy your faith because if they can, they will immobilize your testimony for Christ.

Satan or his demons have no problems with unbelievers because they’re already headed down the broad path of destruction. Jesus says that there are only two possible paths that we can take and He urges us to “Enter by the narrow gate. For the gate is wide and the way is easy that leads to destruction, and those who enter by it are many” (Matt 7:13) and “the gate is narrow and the way is hard that leads to life, and those who find it are few” (Matt 7:14) for “Whoever believes in the Son has eternal life; whoever does not obey the Son shall not see life, but the wrath of God remains on him” (John 3:36).

December 22, 2015
What Are The Different Types Of Demons In The Bible?
Next Post