Is Religion The Cause of Most Wars? Does The Bible Indicate This Will Continue?

Is religion really the cause of most wars? Is there anything in the Bible about this?

The Cause of Wars

James once asked, “What causes quarrels and what causes fights among you? Is it not this, that your passions are at war within you? You desire and do not have, so you murder. You covet and cannot obtain, so you fight and quarrel. You do not have, because you do not ask” (James 4:1-2). In other words, nations go to war with one another often over resources or land that the other nation has. It is in the selfish interests of gain that wars are often fought. The cause begins in the human heart with the deep and passionate desire to have and if not satisfied, to have what our neighbors have. James shows that the true cause of war is not faith-based, nor does it have a religious affiliation. It is covetousness. 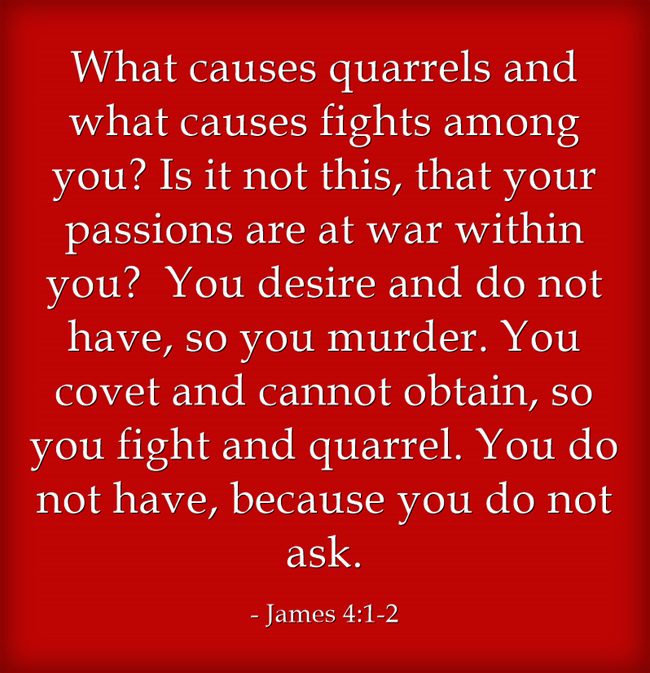 According to Philip and Axelrod’s three-volume Encyclopedia of Wars, there have been over 1,700 wars fought in human history. Of these, the authors include only 123 of them as being related to a religious cause. Astonishingly, that is less than seven percent of them all. About half of those wars were as a result of Islam (66) so if you subtract these wars, then only about 3 percent of all wars were the result a Christian cause. The Encyclopedia of Wars, published in 2008 had the same number of wars listed and also the same percentage for wars stemming from a religious cause (only 7 percent, but 3.6 percent, minus Islam) so doesn’t that seem strange that biblical skeptics love to turn the facts the other way around or make the least of those that cause wars (religious groups), the leading maker of wars (which is really communism). The facts say that the worst killers of human beings aren’t Christians; the source for the deadliest human killers is the atheistic governments controlled by godless, atheistic men? Under Joseph Stalin, over 42 million were murdered or caused to die; under the iron hand of China’s communist leader, Moa Zedong, almost 38 million were exterminated and much of the time, the Christians were the ones to die! If you take all of the atheistic nations of the world in all of human history and total the sum of deaths for all of these nations, a conservative figure is puts it at 75 million people. The Huffington Post reports (Nov, 2014) that research results were published (Oct, 2014) from the New York and Sydney-based Institute for Economics and Peace. This study looked at all of the wars that took place in the year before (2013) and it found no “general causal relationship” between religion and conflict at all.

The Source of Wars

The real source of wars is not Christians but the human heart. Peace or war is first won in the human heart. Jeremiah writes that “The heart is deceitful above all things, and desperately sick; who can understand it” (Jer 17:9)? Jesus knew it was “from within, out of the heart of man, come evil thoughts, sexual immorality, theft, murder, adultery” (Mark 7:21) and “All these evils come from within, and these are what defile a man” (Mark 7:23). Mankind has always quarreled and argued over possessions (James 4:1-2). And today that might be land or oil rights or any number of other things.  Again, it is covetousness.

God told the nation of Israel that “When you go out to war against your enemies, and see horses and chariots and an army larger than your own, you shall not be afraid of them, for the LORD your God is with you, who brought you up out of the land of Egypt” (Duet 20:1). This meant that God was going out with them and that ensured victory for “The king is not saved by his great army; a warrior is not delivered by his great strength. The war horse is a false hope for salvation, and by its great might it cannot rescue” (Psalm 33:16-17), meaning that if God is for you, who could ever be against you (Rom 8:31). Jesus prophesied about the end of the age saying “you will hear of wars and rumors of wars. See that you are not alarmed, for this must take place, but the end is not yet” (Matt 24:6) so does that means it’s getting close? I don’t know. I do know that every day it is growing closer and could come at any moment.

Think about all of the wars that the United States of America has fought in its history and tell me how many have been fought over religion. The historical facts prove that the overwhelming majority of wars in human history have not been caused by religion. They have been caused by non-Christian or Christian-suppressing nations. Anti-Christian historical revisionists have spread a lot of lies out there about the Christian faith and their being the main cause of wars but the truth speaks for itself and the facts say otherwise.