Here are seven Bible verses about strangers around us.

Hebrews chapter 13 is written within the context of “brotherly love” continuing or be continually practiced, even among the aliens or strangers in our midst because as far as we know, they could be an angel and to neglect to show hospitality to a stranger is to be inhospitable to them and to God. The author of Hebrews must have known something we don’t and that’s that there were some strangers who were apparently angels. When angels came to rescue Lot and his family from Sodom, they treated the wicked residents treated these strangers badly and they were blinded for their mistreatment of them.

Leviticus 25:35-36 “If your brother becomes poor and cannot maintain himself with you, you shall support him as though he were a stranger and a sojourner, and he shall live with you. Take no interest from him or profit, but fear your God, that your brother may live beside you.”

The Old Testament Laws of God always extended kindness and mercy to those outside of the lineage of Israel because they too at one time were strangers being in bondage to the Egyptians. There were to treat the strangers or sojourners in the same way they treated their own people and so we are to fear God in order that our “brother (and sister) may live beside” us in peace.

Jeremiah 22:3 “Thus says the Lord: Do justice and righteousness, and deliver from the hand of the oppressor him who has been robbed. And do no wrong or violence to the resident alien, the fatherless, and the widow, nor shed innocent blood in this place.”

Jeremiah the Prophet knew the law very well and understood that justice and righteousness applies to everyone, no matter whether they’re an Israelite or a stranger living in the nation. The “resident alien” is one that has chosen to live under the law of God and as such has all of the same privileges that the Israelites had. There were to be no double-standard between strangers and the Israelites because there is no partiality with God (Rom 2:11). 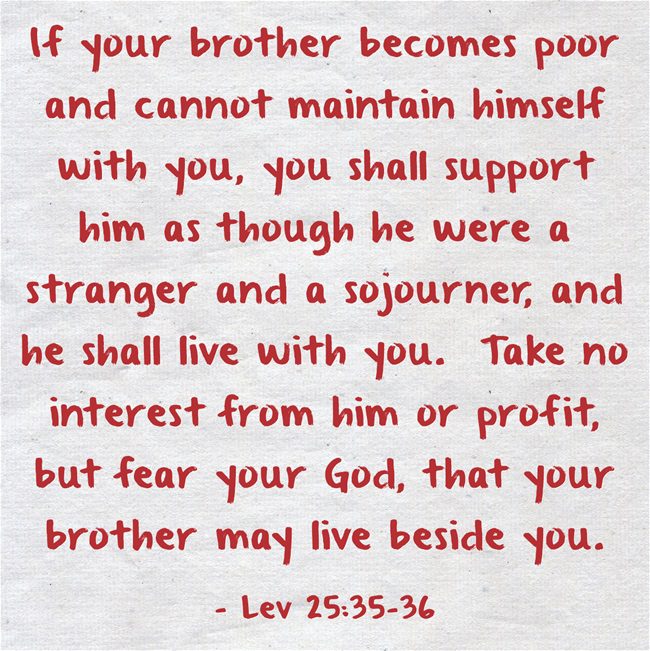 Matthew chapter 25 is one of the most descriptive of all works that the Body of Christ, the church, is to do. These are ministries that the church should have and this includes visiting those in prison and those who are sick, clothing and feeding the poor, but also in showing kindness to strangers and make the feel welcome. Jesus sees it as this; “Truly, I say to you, as you did it to one of the least of these my brothers, you did it to me” (Matt 25:40). This means that what we do for strangers we are doing it for Christ Himself.

Exodus 12:49 “There shall be one law for the native and for the stranger who sojourns among you.”

There are dozens of Old Testament Scriptures that address how we treat the stranger who comes into our presence. We should not treat them as inferior or being cynical, but treat them in the very same you would anyone else you know. For God, there should not be two sets of law; one for the resident and one for the stranger. God hates that kind of double-standard and duplicity.

Leviticus 24:22 “You shall have the same rule for the sojourner and for the native, for I am the Lord your God.”

Much like what Moses wrote in the previous verse (Ex 12:49), there should be the same rules for everyone, resident or alien. There shouldn’t be more lax rules or favorable laws for those who are native Israelites and then another set of rules for the sojourner or stranger that are not equal in application. God ties this equality with His saying, “I am the Lord your God,” meaning God is seeing what goes on with partiality and doesn’t like it and sees it as sin.

Exodus 22:21-22 “You shall not wrong a sojourner or oppress him, for you were sojourners in the land of Egypt. You shall not mistreat any widow or fatherless child.”

This is the last of the references about strangers or sojourners and it again focuses on protecting them from prejudiced treatment. Whoever oppresses the sojourner is sinning against God. God wants the Israelites to think back to the time when they were brutally treated under the oppressive, iron fist of the Egyptian taskmasters. Since they were treated so harshly, being strangers in a strange land, they should respect all people; the sojourners or strangers but also those who are in no position to defend themselves, like the widow and the fatherless.

How we treat others is reflective of how we have been treated. We’ve been shown great mercy and kindness and we should do the same to those who are considered strangers among us. We must remember that we too were foreigners to the household of faith but Jesus Christ broke down the wall of separation and reconciled us to Himself and for Him, “There is neither Jew nor Greek, there is neither slave nor free, there is no male and female, for you are all one in Christ Jesus” (Gal 3:28). For us, we should say there is no male or female, Jew or Greek, bond or freeman and resident or alien. That’s what the Bible teaches in regards to how we should treat strangers.

June 29, 2016
What Does The Bible Say About Streets of Gold?
Next Post