What Does The Bible Say About Domestic Violence Or Abuse?

What Does The Bible Say About Domestic Violence Or Abuse? September 30, 2016 Jack Wellman

Does the Bible say anything about domestic violence? If so, what does it say?

The Laws of the Land

There is no room for doubt in Pauls’ assessment about the place of local, state, and government authorities in society, including those in law enforcement. He writes to the church at Rome, “Let every person be subject to the governing authorities. For there is no authority except from God, and those that exist have been instituted by God. Therefore whoever resists the authorities resists what God has appointed, and those who resist will incur judgment” (Rom 12:1-2). Obviously this means law enforcement agencies are also part of “God’s servant for your good. But if you do wrong, be afraid, for he does not bear the sword in vain. For he is the servant of God, an avenger who carries out God’s wrath on the wrongdoer” (Rom 13:4). That doesn’t mean they themselves can break the law, but their role in society is to serve and protect citizens. That’s why “one must be in subjection, not only to avoid God’s wrath but also for the sake of conscience” (Rom 12:5).

How God Looks at Hate

When Jesus was speaking to the crowds, He said; “You have heard that it was said to those of old, ‘You shall not murder; and whoever murders will be liable to judgment.’ But I say to you that everyone who is angry with his brother will be liable to judgment; whoever insults his brother will be liable to the council; and whoever says, ‘You fool!’ will be liable to the hell of fire” (Matt 5:21-22). The Apostle John wrote, “Everyone who hates his brother is a murderer, and you know that no murderer has eternal life abiding in him” (1st John 3:15), so God’s standard for us is not name-calling, but to “Love your enemies and pray for those who persecute you, so that you may be sons of your Father who is in heaven. For he makes his sun rise on the evil and on the good, and sends rain on the just and on the unjust” (Matt 5:44-45). Hating someone is murdering them in your own heart, even though it’s not carried out for real, and the last thing we need in this world is more hate. 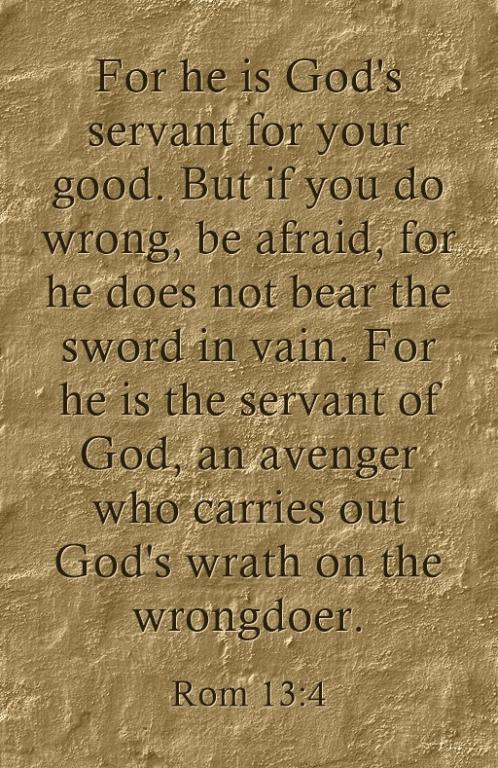 We know that marriage is intended to be for a lifetime, or “till death do you part,” but when there is ongoing adultery by one partner, and they refuse to repent of it, then they can receive a divorce that is on biblical grounds, but divorce is always a very last resort. Some theologians see the Apostle Paul’s statement that if an unbeliever leaves, the other spouse is no longer bound by marriage (1st Cor 7:15-16), but there is no general consensus on this, but when there is physical violence in the home, it is clear to everyone that the spouse who is being abused must immediately removes themselves from that home and relocate to a “safe place,” wherever that might be. But that’s not all. The abused person should also contact the authorities and report this crime, as being in submission to God’s command that we must all obey the law (Rom 12:1-4). Since it is unlawful to not report a crime, and even worse if it’s a violent crime, the abused spouse must by all means necessary report this to the local law enforcement agencies. The offending party cannot be allowed to not face the consequences. When there are children involved, even more immediate action must be taken, like having the children removed for their own protection. It takes far less force to inflict serious harm to a child than it does to an adult. Don’t worry about the marriage issue at this point; just get out of the house and report this to the authorities. Report it if it ever happens to you or to someone you know, because you can’t let this continue. Someone could get seriously hurt, or worse, be killed.

Those who are abusers may themselves have been abused, but this should not ever be considered as excusing it. It’s still wrong, no matter what the person’s personal history is. If their past drives them to the point of abusing someone, they should seek counseling immediately, because a lot of innocent people could get hurt. The problem may be that they have never trusted in Christ. They, like all Christians, needed a heart transplant at one time. Before we trusted in Christ, we had the same heart issue as did ancient Israel; we had hearts of stone. Ezekiel wrote, regarding Israel, but with application to us before we were saved, “I will give you a new heart, and a new spirit I will put within you. And I will remove the heart of stone from your flesh and give you a heart of flesh” (36:26). Jeremiah also wrote, “I will give them a heart to know that I am the LORD, and they shall be my people and I will be their God, for they shall return to me with their whole heart” (24:7). It’s not so much who this was written to but the fact that the people this was written to are like us; they needed new hearts, and not hearts of stone which nothing much can penetrate them. Until the heart issue is resolved, the violence issue may never end.

If you or someone you know is living with abuse, but is afraid to tell anyone out of fear, you must report it immediately. There is no law, and there is certainly no Bible teaching that justifies domestic violence for any reason, and under any circumstances. The only violence that would be justified in the home is when someone breaks into your home and you’re trying to defend you and your family’s life, however the Bible is clear about domestic violence, and it is sin, and it is also a sin by failing to report it. Failing to do so, could prove fatal for someone.

September 30, 2016
7 Great Bible Verses For A New Chapter In Life
Next Post

October 25, 2016 What Type Of Music Should Be Sung In Church?
Recent Comments
23 Comments | Leave a Comment
Browse Our Archives
get the latest from
Evangelical
Sign up for our newsletter
POPULAR AT PATHEOS Evangelical
1