How Did The Existence Of The Roman Empire Help The Spread Of Christianity December 26, 2016 Jack Wellman

Did the Roman Empire help to spread Christianity, and if so, in what ways?

During the times of Christ and the Apostles, the Roman Empire was the dominant world power and they subjugated all nations which they conquered, but they also allowed them certain freedoms, like the freedom to worship in their own way. The mighty empire brought a domineering power to the world, but it also brought a peace that the world had not known for some time. It was called “Pax Romana,” which is Latin for Roman Peace and so the Romans brought a state of peace or a state of comparative tranquility throughout the Mediterranean world from about 27 BC to nearly 200 AD. The Roman Empire protected and governed individual provinces and permitted each nation, group of people, and individuals to make and administer its own laws while accepting Roman taxation and military occupation.

More than once the Roman authorities rescued the Apostle Paul from death at the hands of the Jews as “the Jews made a plot and bound themselves by an oath neither to eat nor drink till they had killed Paul. There were more than forty who made this conspiracy. They went to the chief priests and elders and said, “We have strictly bound ourselves by an oath to taste no food till we have killed Paul” (Acts 23:12-15a) so they “we are ready to kill him before he comes near” (Acts 23:15b), so the Roman tribune “called two of the centurions and said, “Get ready two hundred soldiers, with seventy horsemen and two hundred spearmen to go as far as Caesarea at the third hour of the night. Also provide mounts for Paul to ride and bring him safely to Felix the governor.” And he wrote a letter to this effect” (Acts 23:23-25). If not for the Roman authorities, Paul would have surely died and the gospel might not have reached as far as he caused it to go. In this way, the Roman Empire helped to preserve, and in some cases, spread Christianity. 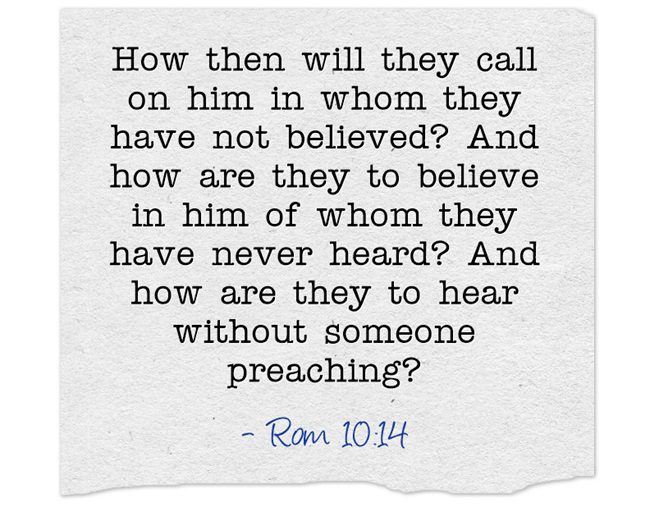 The Roman Road system that the Roman Empire had built was created for the purpose of the Roman’s holding onto power. The Roman Road systems allowed the Romans to move military units in a quick manner, dispatching them quickly to troubled areas, so the Roman Roads were meant to help the Romans retain control over their empire, but they also served to spread the gospel because prior to this road system, there were places that were nearly impossible to cross during the rainy season when roads would either be non-existent or what roads (or paths) there were because impassible. Roman engineers were among the best in the world (at the time) and the excellency of the road system they built was so remarkable that many of the original Roman Roads are still being used today. These roads provided safety from bandits and harsh traveling elements but they were primarily built to expand the Roman Empire for trade and as a means to efficiently move large armies across their vast empire in order to protect the empire but also to ensure the empire would remain under Roman authority. After Rome had conquered Judah in 66 BC, the Roman policy allowed the people to incorporate the religions of the conquered region into their own customs, so Judaism was acceptable by the Romans, up to a point, and at least in the beginning, Christianity was viewed as just another sect of Judaism, but later Rome would turn on these law-abiding Christians and murder them and torture them like no other people on the face of the planet.

For many years, the Roman Empire tolerated what they called a Jewish sect, or the people of “the way,” but later, Rome employed the policy of emperor worship and this required subjects to burn incense before an image of the emperor and declare that Caesar is Lord. Naturally, Christians refused to worship anyone but the true and only God, and there is only One God we worship, and Caesar’s not it! Of course, this led to severe persecution by Roman authorities, but something was happening within Rome herself. Many began to believe and put their trust in Christ, but many of these same believers paid dearly for it, sometimes with their life. If you read the Apostle Peter’s letter to the dispersed Jews (1st Pet 1:1), he knew that many of them had been suffering a great deal for trusting in Christ (1st Pet 1:6-8). Many of them had lost all of possessions, including their own homes, and had to leave their family and friends behind in fleeing Jerusalem. All they had brought with them was the gospel…the most precious thing of all! The author of Hebrews tried to encourage the church by writing, “you had compassion on those in prison, and you joyfully accepted the plundering of your property, since you knew that you yourselves had a better possession and an abiding one” (Heb 10:34). Perhaps they finally understood what Jesus meant when He asked, “what does it profit a man if he gains the whole world and loses or forfeits himself” (Luke 9:25)? Everything in this world and in this life will pass eventually away, but Jesus promises that “Whoever believes in me, though he die, yet shall he live” (John 11:25).

The Roman Empire helped the spread of Christianity by providing a sense of security and stability when the church was birthed. It provided good roads for the gospel to be taken to the ends of the empire and beyond. It kept Jewish persecution from being worse than it already was, and it helped to spread the gospel to the known world and beyond by the elaborate Roman Road system. The roads also allowed the gospel to move to different parts of the empire through carrier who transported the letters, sometimes copies of the gospels. These were written by the authors of the four gospels, but also Paul’s letters (epistles), John’s books, and the other writers, and these would eventually become Scripture. These “books” would be read far and wide throughout the Roman Empire, and since the gospel of salvation has the power of God in it (Rom 1:16; 1st Cor 1:18), many were saved by reading it or hearing it (in most cases). The Roman Road allowed the gospel to spread far and wide, but there is another Roman Road that the Apostle Paul has taken many of us through, and on this road we find that none of us, compared to God, are good; not even one of us (Rom 3:11). This road brings us to the knowledge that all of us fall far short of God’s glory and His perfect standard of righteousness (Rom 3:32). All that we are left with is to wait for the Day of Judgment when we’ll receive the wages for our sins (Rom 6:23a; Rev 20:12-15). Thankfully, Paul doesn’t leave us there because, just around the corner, we read about “the free gift of God is eternal life in Christ Jesus our Lord” (Rom 6:23b). The Roman Road convicts us; it finds us guilty and without hope. This should make us run to the cross for mercy and grace. If we are brought to repentance and trust in Christ, we receive the free gift of eternal life, but only when the God’s wrath is revealed is God’s mercy relevant. The Book of Roman’s does that.

The empire didn’t intentionally spread Christianity, but it did allow it to spread by giving the church certain privileges, rights, and freedoms that others in the empire had as well. Even though the empire was evil, God has a way of using evil for His own good purposes (Gen 50:20; John 3:16).  The Roman government, for the most part, actually did a better job of holding down persecution than some governments of the world do today. God allowed the Roman Empire to be used as a means to take the gospel to the ends of the empire and beyond. The ripples of that are still being felt today, and will be felt throughout all eternity. How interesting that God can use a pagan or evil empire such as the Roman Empire and an evil ruler (such as Caesar was) to His glory. It is as Solomon wrote, “The king’s heart is a stream of water in the hand of the LORD; he turns it wherever he will” (Prov 21:1), whether the king knows about it or not.

How to Explain Advent to People...
Ponder Anew
Related posts from Christian Crier