How Can Our Righteousness Exceed That Of The Pharisees?

Jesus told His followers that their righteousness must exceed that of the Pharisees, but is this humanly possible?

The Pharisees were the most affluent and powerful group in the Jewish culture, at least at the time of Jesus Christ’s earthly ministry. Even their name drips with self-righteousness, as they are the “separated ones,” which is from the Aramaic (Semitic) and comes from “perishayya,” meaning “separated, separatist,” and closely corresponds to the Hebrew word “parush,” from “parash,” meaning “he separated,” with the “he” being God. Ironically, they were separated, but not from sinners, but from God because they rejected Jesus, and they hardened their hearts so much that they conspired along with the other Jews, to have Jesus murdered. They regarded themselves as above others and separated from the “unclean masses,” but Jesus must have shocked them when He told them, “Woe to you, scribes and Pharisees, hypocrites! For you tithe mint and dill and cumin, and have neglected the weightier matters of the law: justice and mercy and faithfulness. These you ought to have done, without neglecting the others” (Matt 23:23). Don’t miss the fact that Jesus said “these you ought to have done,” but obviously they rejected true justice, mercy, and faithfulness to God, and so they were the “separated ones,” but not in the way they thought. They were separated from a Holy God by their sins of hypocrisy and self-righteousness (Isaiah 59:2). They rejected grace and mercy because they were so entangled in their ritualistic religion of tithing, washings, purifications, and other manmade traditions that no one could possibly live up to them, so thus Jesus tells them to their face, “But woe to you, scribes and Pharisees, hypocrites! For you shut the kingdom of heaven in people’s faces. For you neither enter yourselves nor allow those who would enter to go in” (Matt 23:13), and you “travel across sea and land to make a single proselyte, and when he becomes a proselyte, you make him twice as much a child of hell as yourselves” (Matt 23:15). Obviously, Jesus was not pleased with their hypocrisy, but neither were they pleased with Him, because He was truly righteous. 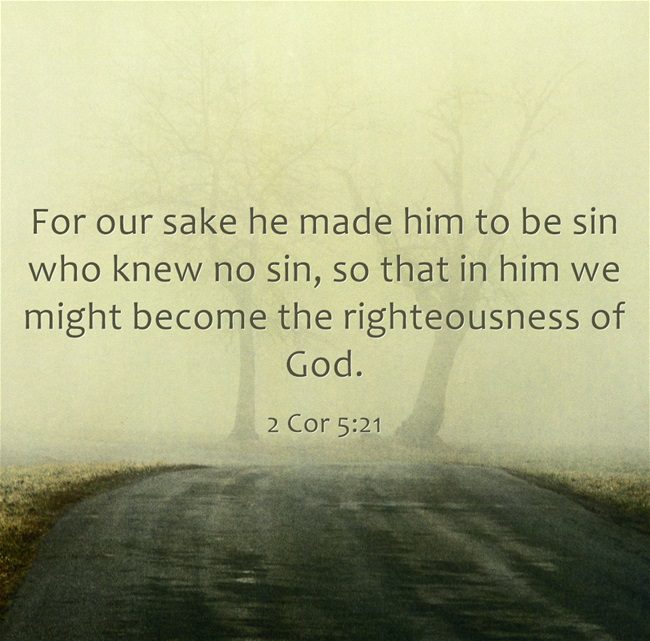 Why would Jesus say to His disciples, “your righteousness must exceed that of the Pharisees” or you won’t enter the kingdom of heaven (Matt 5:20), but were the Pharisees really righteous? Weren’t they self-righteousness? The Pharisees didn’t have the righteousness that God demands to enter the kingdom of heaven, and the Pharisees thinking they were righteous were wrong, because the Bible teaches none are good or righteous (Rom 3:10-12), so why does Jesus say our righteousness must exceed the Pharisees? Remember, they only had their self-righteousness, which is unacceptable to God. Instead of trusting in Christ, Jesus said these were they “who trusted in themselves that they were righteous, and treated others with contempt” (Luke 18:9), so He told the Pharisees, “You are those who justify yourselves before men, but God knows your hearts. For what is exalted among men is an abomination in the sight of God” (Luke 16:15). They trusted in their own righteousness and exalted themselves above others, and thus, they were the “separated ones.” They failed to see that only those who trust in Christ can be justified, and everyone needs the righteousness of Christ (2nd Cor 5:21) or you can’t even enter the kingdom of heaven. When people feel self-righteous, they can “treat others with contempt,” however, their own works, just like ours, are nothing more than filthy rags to God (Isaiah 64:6), and He will not accept them. Nowhere in the Bible does it teach that people are good enough to go to heaven or can do enough good works to get there. Our sins have cut us off from God (Isaiah 59:2); at least before we trusted in Christ, but thankfully, Jesus ended that separation, and now we are separated unto God but not from God, and separated unto good works for His glory (Eph 2:10). If it were a matter of good works, then we’re altogether hopeless because our works cannot ever be enough to save us. All the good works in the world couldn’t help the Pharisees after they died and face judgment (Heb 9:27).

How then can a person receive the righteousness that is required to enter heaven, since nothing unclean can enter in (Rev 21:27)? It isn’t going to be a “self” righteousness because we’ve seen that’s not enough. It will take a perfect holiness to enter in, and we know how that’s achieved (John 3:16; Acts 4:12; Rom 10:9-13). The Apostle Paul writes it was “For our sake he made him to be sin who knew no sin, so that in him we might become the righteousness of God” (2nd Cor 5:21). This is exactly why “God put forward as propitiation by his blood, to be received by faith. This was to show God’s righteousness, because in his divine forbearance he had passed over former sins” (Rom 3:25), so it’s not our righteousness, but Jesus’ own righteousness that is imputed on our behalf, and it infinitely exceeds the righteousness of the Pharisees. This was expressly done “to show his righteousness at the present time, so that he might be just and the justifier of the one who has faith in Jesus” (Rom 3:26).

If it were not for Jesus’ atoning death on the cross, all of us would still be separated from God by our sins and deserving of the wrath of God (John 3:13, 36), however, “while we were still weak, at the right time Christ died for the ungodly” (Rom 5:6a), and “God shows his love for us in that while we were still sinners, Christ died for us” (Rom 5:7), and even “while we were enemies we were reconciled to God by the death of his Son, much more, now that we are reconciled, shall we be saved by his life” (Rom 5:10). It is through repentance and faith, and by Jesus’ “blood [God] ransomed people for God from every tribe and language and people and nation” (Rev 5:9). Believers, “you were ransomed from the futile ways inherited from your forefathers, not with perishable things such as silver or gold, but with the precious blood of Christ, like that of a lamb without blemish or spot. He was foreknown before the foundation of the world but was made manifest in the last times for the sake of you” (1st Pet 1:18-20). The Sinless One became sin for the sinful ones because His righteousness was credited to us. That exceeds the righteousness of the Pharisees in ways that cannot be measured.

February 17, 2017 What Does It Mean To “Abstain From The Appearance Of Evil?”
Recent Comments
17 Comments | Leave a Comment
Browse Our Archives
Related posts from Christian Crier

“It’s going to be historic”: The latest on...
Hurricane Ian is headed for the southwest coast of Florida and is...
view all Evangelical blogs
What Are Your Thoughts?leave a comment
Copyright 2008-2021, Patheos. All rights reserved.
Close Ad