Who Are The Christadelphians?

Who Are The Christadelphians? March 3, 2017 Jack Wellman

Who Are the Christadelphians?

The Christadelphians were founded by British-born John Thomas in 1838, who was a London-born physician-turned-Bible teacher, and after migrating to America, got involved in the Restoration Movement, a movement geared toward ending sectarianism, which had been his experience while living in England. He sought to reform the society itself by recovering the first century church’s practices. He began to believe that he had restored the original faith that was delivered to the apostles. After his death in 1871, Robert Roberts would take the sect into a period of change, which caused the splintering of various other groups, but still this sect grew, mainly due to the publishing of their very persuasive teachings, however their beliefs were not constrained by Scripture and today. Today, it appears little has changed for the Christadelphians…except they are growing in number.

The Holy Spirit of the Christadelphians

You may not have even heard of the Christadelphians, but when I had a few family members of the Christadelphian church contact me about some very serious problems they had with one of their loved ones, they told me some things that were very troubling to me. I did some research, and I started at their own website and in their statement of beliefs. I immediately began to see doctrinal errors in their understanding about who God the Father is, Who God the Son is, and Who God the Holy Spirit is. For one thing, they don’t even believe in the Trinity. I hope it’s because they don’t really understand the Trinity, but I don’t think so. On their own website, they state some things that sound very biblical. They promote the commandments of Jesus, like “Love your neighbors and do good to them that hate you,” but when they begin to define God, they start to fall into serious error.[1] For one thing, they believe that the Holy Spirit is a force and not a Person. On their homepage, they state, “The Holy Spirit is God’s own power; by which He works out His own holy will,” so to them the Holy Spirit, Whom Jesus calls “He, Him, Helper,” and “Advocate.” I guess they believe the Spirit is God’s power He sends out like on a cordless power tool, however Jesus spoke about the Helper as a Person and He is referred to as a Him and Advocate, which comes capitalized as a proper noun, and as it should be. 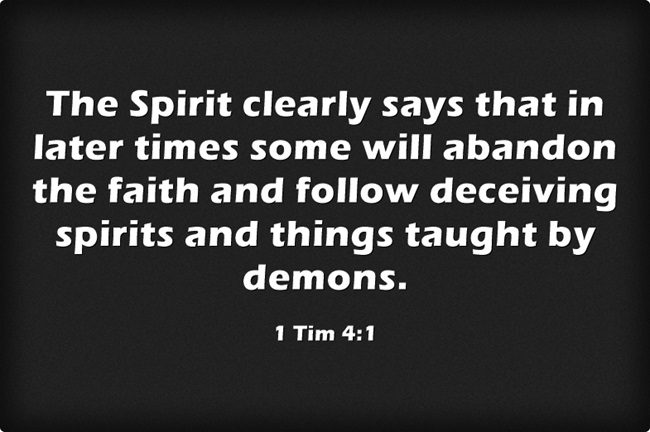 The Jesus of the Christadelphians

As we have seen, they are in error about their belief about the Person of the Holy Spirit, but they also have doctrinal errors in their teachings about Jesus Christ. Again, on their home page, they state that “He is also Son of man through being born of Mary.” No, the Son of Man (they should have capitalized it all as a proper noun) is the “Son of man” (sic), apparently not by the will of the Father or by Jesus voluntarily giving His life (Mark 10:45), but through being born of Mary. The Son of Man is not what we think of as His earthly designation. The Son of Man is a title of His divinity, as we read in the Old Testament, although a few times the prophets are called this…but never as a proper noun and capitalized.  So the Son of Man refers to Jesus’ divinity, not His being born into the flesh (John 1:14). Interestingly, the Son of God more often refers to Jesus humanity than it does His divinity, but Christadelphians deny the divinity of Christ as having always existed. If they don’t have the right Jesus, can they have the right Savior? What grieves me is that they believe, and so they teach, that Jesus was not sinless! [2]

The Father of the Christadelphians

Christadelphians believe that there is only one God and not one God in Three Persons, so they believe very much like the Orthodox Jews and Muslims do in regard to their being one God. The Christadelphians’ statements of beliefs say, “There is only one God, the Father, who made the world and has a great purpose for it.” It sounds like God “has a great purpose for” the world, but what about those on it? What about Jesus? Isn’t He part of the Father’s purpose on earth? If there is only one God, then why are the plural forms of God used so much in the Old Testament, particularly in the creation account (Gen 1) with “us” and “our” during the creation of man? Are we to believe that the Father was talking to Himself or to His force (Spirit)? In their minds, it couldn’t have been Jesus as part of the “us” and “our” because they don’t believe He was the Son of Man, at least not yet…not until He was “made” the “Son of man” (sic) “through being born of Mary.” It looks as if the Father had nothing to do with that. Here’s why this is such a serious error. Jesus said with respect to salvation and knowing the Father and Jesus, the Son; “And this is eternal life, that they know you, the only true God, and Jesus Christ whom you have sent” (John 17:3). By saying, “this is” He is saying, it is essential to receiving eternal life that we know the Father (You) and Him whom the Father has sent (Jesus). If you don’t know the Father, then you don’t really know Jesus, and if you don’t know Jesus, you don’t have eternal life, but more importantly, does Jesus know you? Anyone can say they know Jesus, but the essential question is does Jesus know you? If He doesn’t, there is fatal news them on the Day of Judgment, telling them to depart from Him forever because He never knew them (Matt 7:23)!

The Devil of Christadelphians

They also view Satan or the Devil just like the Holy Spirit in the sense that it’s just a force, so they believe there is no Devil. They state on their homepage; “The devil is not a supernatural being but is another name for sin, destroyed only in Christ.” Since when did God start capitalizing sin by making it a proper noun? Wait, didn’t Jesus conquer the grave and defeat death and take away our sins forever? Yes, and Christadelphians don’t like the words “take away” as they prefer to say that sin is “covered”, but my cat’s litter box proves that covering something is not enough! You must take them away, and Christ does just that in removing our sins as far as east is from west (Psalm 103:12)! That’s infinitely more than covering them! The Apostle John writes that Jesus Christ is “the Lamb of God who takes away the sins of the world” (John 1:29). The Old Testament refers to covering sins but because the sacrifices had to be repeated over and over again, since all still sinned, not so with Christ Who “himself is the atonement for our sins, and not for ours only, but also for the whole world’s” (1st John 2:2). There is no need to repeat this because Jesus’ sacrifice takes our sins away, once and for all (Heb 9:15), and that’s infinitely better than just “covering them.”

Twisting Scripture have been the means of many, even since the days of the apostle’s letters which were being circulated, so I could have written upwards to 3,000 words on this group, which is really a cult. Jesus said we must worship God in spirit and truth (John 4:24), otherwise, it’s not acceptable to God. According to what the Bible says of God the Father, God the Son, and God the Holy Spirit, Christadelphians’ teachings are contrary to the faith that was once delivered, and is as Paul prophesied to Timothy, “The Spirit clearly says that in later times some will abandon the faith and follow deceiving spirits and things taught by demons” (1st Tim 4:1). These teachings are either doctrines of men or doctrines of demons, and some few times, both! They also don’t believe in a literal hell, as they state, “When man dies he ceases to exist. The only hope of life is by the resurrection at Christ’s return,” but this is irreconcilable with Scripture (Rev 20:12-15; 21:8). I guess the Stalin’s and Hitler’s of the world all get off the hook, as if there is not a judgment after death (Heb 9:27).

Don’t think this is just a small “church” because they’re found in Britain and parts of Europe, several African countries, the Far East from India to Indonesia, Australia, New Zealand and the Pacific Islands, North and South America from Canada all the way to Argentina, and even in the Caribbean Islands (120 countries in all!) This is nothing less than biblical unitarianism. They deny the Trinity, the biblical Jesus, and Holy Spirit as God, and do not really know the Father, and unless you have known the Father and the Son, you don’t have eternal life. We’ve got to get this right! I make errors too…in preaching I say, “Today, part of my sermon will be perfect! The part where I read out of the Bible,” so I’m infinitely far from perfect, but I know where to find “Word-Perfect,” and that starts in Genesis 1:1 and ends at Revelation 22:21.

March 1, 2017
When Helping Someone Can Be Hurting Someone
Next Post