Grace in the Face of Violence

Grace in the Face of Violence September 22, 2011 Christian Piatt

Two recent stories struck an emotional chord with me that I’m still trying to sort out. First involved the execution of Troy Davis in Georgia, where he was accused of killing a police officer. Second had to do with the arrest of several Amish men for refusing to comply with local traffic safety laws in Kentucky.

I know these may seem completely unrelated, but for me there’s a powerful connection. 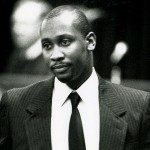 The story about Troy Davis and the ongoing questions of his innocence has become a worldwide story. Protesters who maintain the man was innocent of any crime have rallied both in support of Davis and in opposition to capital punishment. From an outsider’s perspective, the evidence to suggest reasonable doubt seems strong:

Seven of nine key witnesses again Davis have disputed part or all of the testimony on record.

Troy Davis himself offered to take a polygraph, but was denied the opportunity.

Requests for a retrial, and for a final hearing by the pardon board all were denied.

But for me, the matter of his guilt or innocence was secondary. Personally I believe capital punishment is wrong in any case, regardless of the crime. But what really affected me about Davis’ story were his final words, just before he died.

“For those about to take my life,” he said, “may God have mercy on your souls. May God bless your souls.” When faced with the ultimate violent act, Troy Davis offered his killers grace.

In the second story, several Amish men were jailed for driving their buggies without the legally required reflective triangles on the backs of their coaches. In their faith, the triangle is a symbol reserved solely for the Trinity, and they are prohibited from adorning themselves or their possessions with bright colors (the reflective triangles are orange).

Though they offered to use strips of white reflective tape as a compromise, local authorities instead arrested them and put them behind bars.

It was not too long ago that a crazed gunman entered an Amish school and mowed down adults and children in a fit of blind rage. The people he attacked had done nothing to warrant his aggression, yet they paid the price nonetheless.

The Amish community’s response: to pray for the killer, to plead for mercy on his behalf, and to seek healing and reconciliation through peaceful means. But then when it comes to adapting a law to accommodate their religious beliefs, there is no compromise.

Authorities in both cases demonstrated a profound lack of collective imagination as I see it. Whenever an individual or group resorts to the use of force or violence to resolve a problem, it is generally because the group in power can see no other reasonable outcome. Things must be set “right,” rules must be followed, justice must be imparted.

Thankfully, Jesus’ notion of Justice was radically different. Offer grace and peace as a response to violence and injustice. See beyond your own suffering and maintain a value for the hope that, one day, we will all be able to imagine another way.

As hard as it is to offer grace in the face of violence, it is in those moments that such a gift takes on its true value in the world’s eyes. After all, when Jesus was faced with the same kind of violence as Troy Davis, he responded like Mr. Davis, and his life, death and resurrection have forever changed the world.

I can only hope I would be able to summon such imagination and strength if confronted with such bloody force.