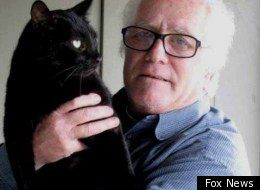 Patrick Greene, a lifelong atheist known for his public stands against Christianity, recently announced that he has become a Christian.

There are lots of ways to look at this. Some Christians may take this as validation that they were right and atheists were wrong. Some might consider it a point for the good guys. But such attitudes further the divide between people with more in common than not. Aside from that, it misses the most important point.

Greene was what I would call a militant atheist. He threatened to file lawsuits against the courthouse in Henderson County, Texas, if they didn’t remove a nativity scene from the public property. It wasn’t just that he didn’t believe in God; he fought publicly against the expression of Christianity wherever he deemed it inappropriate.

The story was particularly striking to me because it took place in Malakoff, Texas, a tiny town outside of Dallas where my grandparents lived for years. My grandfather was the postmaster there for a long time, and I spent some of my best childhood days wandering the oak-lined property where they had their modest lake house.

I can only imagine how they would have taken such vocal opposition to their belief, but I’d like to think it would have been something like what actually happened.

Greene, who had been a taxi driver for 33 years, was diagnosed with cataracts. He didn’t have insurance or the cash needed for necessary surgery, and so he was at risk of losing his license and his only stream of income along with it.

Upon reading about his situation, Jessica Crye mobilized people at her Christian church to donate to a fund to help Greene pay for his surgery. The small community of faith collected $400, and their generosity inspired others to join in. Atheists and Christians came together to add to the fund until there was enough for Greene to cover his medical bills.

Patrick Greene was dumbfounded. He could hardly conceive of a Christian woman, whose faith had been the object of his attacks for years, would respond his disdain with compassionate generosity. There are other elements to the story, like Greene’s lingering doubts about his unbelief, but to me that’s not what matters most in the story.

Most important is Crye’s response to Greene’s need. In looking past their differences, and even his own disregard for her closely-held faith, she found her sense of compassion. It was this Christlike act that moved Greene to reevaluate his position on faith. Crye and her church did not hold the gift over his head, requiring him to renounce his atheism in order to receive it. They didn’t crow about a sense of moral superiority. They just gave because they believed it was the right thing to do.

But before reading too much into this, it’s important to note that Christians weren’t the only ones who gave to the fund. Atheists, too, were moved to help their fellow spokesperson. One could assume that they did so selfishly, hoping that he would continue his anti-religious crusade. But the fact is that they did the same thing as the Christians; they reached out to care for a fellow human being.

Yes, the Christians could have found more reason not to help. And yes, bystanders can make any number of assumptions about the atheist’s motivations. But we can also take the story as an object lesson in the fundamental common ground – the basic goodness – in human beings, regardless of their religious beliefs.

Christians are as guilty as atheists of widening the distance between two perceived groups. And both have the opportunity, every day, to close that gap with simple acts of compassion. The risk, of course, is that the act may not be met with a desired result, but that’s not the point. Compassion has no agenda. If it does, it’s no longer compassion. But if we give without expectation of a result, we leave room for Love to inspire.

But it takes us removing ourselves and our ideologies from the center of the story. When we do, amazing things can happen. Often times, they won’t turn out how we expect, but that’s one of the vulnerable risks of Love.

Loving, in itself, is an act of faith, regardless of where you spend your Sunday mornings.

April 6, 2012 What's So Good About Good Friday?
Recent Comments
11 Comments | Leave a Comment
"awesome."
Brandon Roberts Not “That Kind” of Christian
"nice article."
Brandon Roberts Talking Sex with Invisibilia’s Hanna Rosin
"Thanks for a fun romp. As a Presbyterian minister, I would have welcomed you gladly ..."
Zeigler John Leaving A-Holiness Behind
"Dear Sarah and Christian,I'm sorry for what has happened to you and your mother and ..."
Amazingaljicrowley3679 Letter From a “Demon Possessed” Woman
Browse Our Archives
Related posts from Christian Piatt