Six Plagues of Our Time 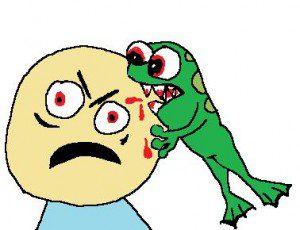 We had our fourth annual Passover Seder at Milagro last night. I know, you’re thinking, “what are a bunch of goys doing celebrating a Jewish tradition?” Given that the central act of our worship service every week – communion – was first introduced by Jesus at his last Seder, we figure if it’s good enough for Jesus, it works for us too.

For the most part, it was a party. But there’s a point at which the leader reads off the ten plagues described in Exodus, none of which is pleasant. For each plague, you dip your finger in a cup of wine and mark the edge of your plate with a crimson dot as a reminder throughout the meal of the suffering experienced by those in captivity.

It’s not exactly a crowd-pleaser, but it’s a valuable symbol, placing in context the joy, food and fellowship that dominate the rest of the evening. Go ahead and enjoy, toast and eat well, but don’t forget.

It got me thinking about what the plagues of our day would be if I were to list them. No, I don’t ascribe to the belief that God sends such horrific episodes upon us as punishment, but I do believe that our free will affords us enough rope to hang ourselves at times, so to speak. Our current plagues are more existential, but the byproducts are often painfully tangible.

The Plague of Otherness: As soon as we become aware of the existence of such a thing 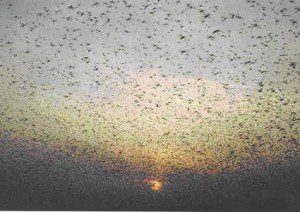 as “self,” we also become aware of “other.” But the decline from recognizing otherness to the sin of “other-izing” involves a devaluation or dehumanization of the other. Be they gays, republicans, the poor or something else, we all have our others. While this can lead to acts like hate crimes or slavery, most expressions of otherness are more subtle, like indifference.

The Plague of Want: Like the one above, this is nothing new. However the culture in which we live depends on this empty pursuit more than ever. Peter Rollins calls the God-shaped hole in our souls “The Gap,” and suggests that we try to fill that gap with any number of substitutes. Our economy principally depends on the existence of this gap, preying on an inherent sense of dissatisfaction with the present. If we didn’t want, we would not buy. And if we don’t buy, our economy of consumption grinds to a halt. It’s an addiction with no physical remedy, though that hardly keeps us from trying to find one.

The Plague of Poverty: Some expressions of this are more clear than others. There are obvious examples like the slums in Central America or the ghettos in India. But there’s also a growing divide between the haves and have-nots right here in the United States. Though this is hardly comparable to the profound systemic poverty in other nations, it’s a growing sign of a deeper sickness.

And then there’s the other kind of poverty. When asked about how she faced the destitution in her homeland every day, Mother Teresa said that the spiritual poverty she witnessed in the west was far more severe than the material poverty she experienced in Calcutta. 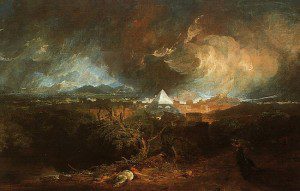 The Plague of Hunger: This is related to a degree to the point above, though the solution is simpler, i believe. While we still have millions of people dying of starvation, and even tens of thousands of children suffering from malnourishment here in the United States, there is not a lack of food. Ours is a crisis if distribution. We have enough, but we don’t share it. God, save us from ourselves.

The Plague of Ego: Despite Christ’s call to practice a daily discipline of getting beyond ourselves, we continue to find ways to pervert the gospel from a message of selfless service into one of personal gain. The present mindset of the western world places the “I” before the “we.” This. combined with the Plague of Want, creates a never-ending cycle of needless struggle and suffering. Not to say that suffering isn’t inevitable, but we seem compelled to add to the suffering with our own self-consumption.

The Plague of Conflict: We can begin to see how these Plagues are intertwined, and yet they manifest themselves in many ways. Combine an imbalance of supply with unquenchable want and the capacity to otherize and our justifications for mass killing on a global scale seem limitless. It seems impossible at times to imagine a world at peace with itself, and perhaps like the call to Jubilee, it’s an ideal toward which we will forever labor, yet never reach. But sometimes I question our collective desire to work for peace when war and death come so much more naturally.

Wrestling with these existential plagues can seem overwhelming, or even futile. But in so much as we believe we bring them upon ourselves, we also find the solutions to these plagues within us. It starts, I think, with a daily prayer for peace. Yes, this includes the cessation of violence, but more important, pray for personal peace. Until we make such peace with our own demons, we’re hardly equipped to help others do likewise.

It may sound overly simple or idealistic, but it seems a better alternative than throwing up our hands in resigned despair. No one who claims hope as part of their faith life should ever be content with the world as it is. It should stir us to action, awake us from rest and compel us to do and be more.

It is only in such a restless, insistent pursuit of the seemingly impossible that such plague lose their power.

April 3, 2012
Letter From a "Demon Possessed" Woman
Next Post

April 5, 2012 Compassion Wins: A Longtime Atheist Becomes Christian
Recent Comments
5 Comments | Leave a Comment
"awesome."
Brandon Roberts Not “That Kind” of Christian
"nice article."
Brandon Roberts Talking Sex with Invisibilia’s Hanna Rosin
"Thanks for a fun romp. As a Presbyterian minister, I would have welcomed you gladly ..."
Zeigler John Leaving A-Holiness Behind
"Dear Sarah and Christian,I'm sorry for what has happened to you and your mother and ..."
Amazingaljicrowley3679 Letter From a “Demon Possessed” Woman
Browse Our Archives
get the latest from
Progressive Christian
Sign up for our newsletter
POPULAR AT PATHEOS Progressive Christian
1