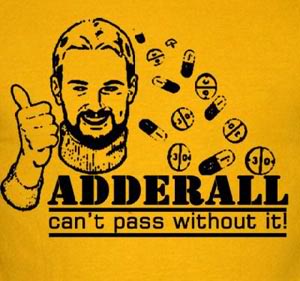 Everyone has pulled all-nighters in school. It’s sort of a rite of passage, really. For us, when our stomachs would get too bloated from throwing back Dr Peppers to stay awake, we’d bust out the No-Doz, which is basically a super dose of caffeine. It made me jittery, made my stomach upset, but I’ll tell you one thing – I didn’t fall asleep.

I only tried that a couple of times, and after that, determined that I’d rather plan my study time better or even flunk the test than feel like that for the next 24 to 48 hours. But it seems that, as competition and pressure mounts for young people today, that performance-enhancing supplements are no longer an option; they’re an inevitability.

I’ve followed stories about student abuse of Adderall and other stimulant drugs for some time, but the personal testimonies shared in a New York Times article today particularly struck me. Below are excerpts from some students who have used such drugs to excel in school:

Much to my dismay, I discovered that Adderall was everything people made it to be and more. I found a complete surge of adrenaline and ecstasy flow through my brain as I tackled factoring, science notes, and a four-page paper all in one night…Everyone is competing against each other for scholarships and it definitely gives you an extra edge over students who don’t take it. As much as I was initally against Adderall, I cannot deny the fact that it’s completely effective.

I started taking Adderall every single morning, just to wake up, and to give me enough energy to last through the day. On those long, foggy days I’d forget to take it, my mind would be in sleep mode, dozing in class and drifting in thought…Adderall hasn’t become a study drug to me, it’s become a way of life. It’s my morning cup of coffee, only nobody told me the insidious side effects. The standards of a top ranked school have that ability to cloud my judgement, and though I’m completely aware of it, I know there’s not much I can do. Though I can feel my heart beating faster than normal when I take just half a pill, the thought that my habit could be ruining my body is only fleeting, and I return to my work, just like everyone else around me.

…the immense pressure put on students by parents and educators has made taking speed a socially acceptable thing. I come from a family that gets disappointed and chews me out for B’s or even B+’s and A-‘s. My whole life I’ve been told that, no matter how smart I am, the only way to be successful (see: acceptable) is through academic excellence. Now, would my parents be upset that I’ve taken study drugs? Probably, and that’s just symptomatic of the problem.

Are we subjecting our children to a perpetually overstimulating environment? Quite possible. Are we expecting superhuman results from them at critical 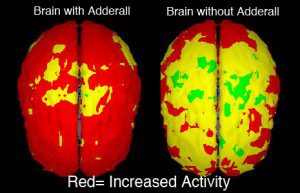 points in their develop when they may lack the critical judgment skills to resist such monumental pressure? Based on the epidemic now rampant in our high schools and colleges, I’d say yes.

I wrote recently about the moral questionability of the student loan system, and further, the culture of pressuring kids into college straight from high school as a necessary rite of passage, regardless of capacity to pay for it or understanding of what they need from it. But beyond urging them to mortgage a large chunk of their futures away, it seems we’re compromising their health and perhaps mental wellbeing for the sake of some horse race that may or may not actually be real or necessary.

What’s worse, it seems we’re harvesting a generation of addicts, placing results ahead of happiness, and certainly ahead of service, community or God. 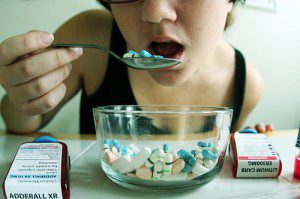 When I was growing up, my dad told me that it didn’t matter what I decided to do, as long as I worked as hard as I could at it and made every effort to be the best. Now, as a parent of two kids of my own, I question that value system. I work hard, but I could do more. I’m pretty good at what I do, but there are plenty who are better. But does that really matter?

When I put down the computer to cuddle with my daughter on the couch, to kick the soccer ball with my son or go on a much-needed date with my wife, the answer becomes strikingly clear. There’s plenty of room for growth, but I’m as good as I need to be for today. So are my kids.

God help me if I ever start pushing my kids in the same way that these young people seems to be enduring. They deserve better, and I owe them more.

June 14, 2012
The Fallacy of Statements of Faith
Next Post

7 Reasons the Bible is NOT...
All Set Free
Related posts from Christian Piatt