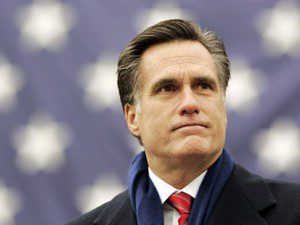 Recently, the left-leaning news outlet, Mother Jones, reported a story about Mitt Romney that included several video clips taken of him (unknown to him) at a fundraiser. Most of the clips are fairly benign, with him hitting many of the fiscally conservative talking points. But in one clip in particular, he gets pretty personal and reveals what I’d call a deeper undercurrent of disdain shared by many of his Republican cohorts.

Some folks have gotten into the gritty details about who else was in attendance at the event (hint: rich Republicans), the spotty history of the venue where it was hosted and the like. But if we’re going to go down that road, the Democrats certainly have no room to talk, as they will pander just as much as the GOP for a campaign donation. But here’s an excerpt of what Romney said that botherd me the most:

There are 47 percent of the people who will vote for the president no matter what. All right, there are 47 percent who are with him, who are dependent upon government, who believe that they are victims, who believe the government has a responsibility to care for them, who believe that they are entitled to health care, to food, to housing, to you-name-it. That that’s an entitlement. And the government should give it to them. And they will vote for this president no matter what…These are people who pay no income tax. My job is is not to worry about those people. I’ll never convince them they should take personal responsibility and care for their lives.

Now, if he was simply talking about not worrying about trying to earn their votes, that’s one thing. But he is speaking explicitly to a worldview he claims 47% of the American population holds, and throwing up his hands because he can’t change their minds.

Or at least what he believes is on their minds.

Such rhetoric is unbecoming of a presidential candidate, not unlike when Obama got tripped up in the last campaign by his “clinging to guns and religion” flub. That was a serious gaffe, as is Romney’s latest. But there’s more going on here than the simple tilt of the GOP hand, revealing their party-line contempt for anyone calling themselves a Democrat. The biggest problem I have with the content of his speech is the gross false premises he draws in the process.

Yes, 47% of voters polled say they plan to vote for Obama. And yes, there are studies that suggest 47% of the American population, but it’s a sleight of hand act to suggest that the two groups are identical, as if to say all Obama supporters are freeloading public subsidy syphons.

I don’t know about you, but I resent that implication.

I’ll concede that overall spending on so-called entitlement programs are heading in an unsustainable direction, but interestingly enough, it’s traditionally red states that generally receive more per capita government support per dollar earned than blue states. Put another way, if all the entitlements disappeared tomorrow, the more conservative states would suffer the most.

Romney also uses his broad brush to indict those who hardly deserve such treatment, despite receiving aid. Consider, as a few examples, the list below of folks who may get some kind of direct public support:

For Romney to imply that such people are looking for an unearned handout seems, to me, biting the hands that feeds him, considering who is among his strongest base of support. Granted, they may not jump ship and vote for Obama, but if they were on the fence about voting that all, such stereotypes could tip the scales against him.

Next, there’s the matter of the tax data. I hear the GOP pundits throw around the factoid that 47% of Americans don’t pay taxes a lot, but what is always left out of the argument is that, within this 47%, we have children, working poor, retirees, students and a number of others who may contribute plenty to society, yet don’t receive an income that warrants income tax. Also, there are many who are considered to be working poor who, although they may not owe income tax, still pay FICA, which is a tax to support federal entitlement programs like social security and medicare. And even if they don’t pay that, anyone who buys goods at the store, owns a home, rents a hotel room, pays utilities, or receives myriad other goods or services pays taxes on that.

The reality is that income tax only accounts for about half of all of federal revenue, meaning that the rest comes from other taxes, fees and the like.

I understand that anger is a potent elixir when running a political campaign, unlike religion, which endeavors to engage people in a lifelong relationship, a campaign has but one aim: to get your vote. If they have to get you pissed off enough to vote their way, so be it. If they have to distort facts or even throw nearly half of the nation’s population under the bus, so be it. Once elected, the backtracking, convenient amnesia and nuancing of the asserted facts always begins, no matter who wins.

So although I take personal issue with Mitt Romney making such statements, even at a private fundraiser, I’m more deeply distressed by the fact that such campaigning actually works. And that responsibility, I suppose, falls to all of us.

September 20, 2012 Libyan Ambassador Stevens' Death Tragic, Hopeful, Ironic
Recent Comments
6 Comments | Leave a Comment
"nice article."
Brandon Roberts Talking Sex with Invisibilia’s Hanna Rosin
"Thanks for a fun romp. As a Presbyterian minister, I would have welcomed you gladly ..."
Zeigler John Leaving A-Holiness Behind
"Dear Sarah and Christian,I'm sorry for what has happened to you and your mother and ..."
Alejandro Restrepo Letter From a “Demon Possessed” Woman
"This blog is dated March 2016. It wasn't that good then and it's no better ..."
Bob Shiloh Five Ways “Representative Democracy” is Failing ..."
Browse Our Archives
get the latest from
Progressive Christian
Sign up for our newsletter
POPULAR AT PATHEOS Progressive Christian
1