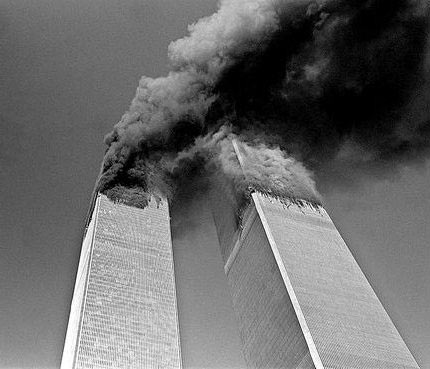 I was home sick on September 11th, 2001. Amy had left for her grad school classes, so I was a little bit annoyed when she burst back in and woke me up.

“Turn on the TV,” she said. “Something bad is happening. Really bad.”

While watching the replayed video of the plane colliding with the first tower, the second tower attack came. And then there were the reports of similar attacks at the Pentagon and in Pennsylvania. At that moment, we had no idea when the bad news would stop coming. My first thought was for those loved ones I have in bigger cities, praying that they would not find themselves in harm’s way.

We watched the reports in silence for a few hours, trying to sort out what had just happened. Of course, there were no certainties about the attacks being over, but by now all planes had been grounded, and the American military was on high alert.

“I’m not sure how much more of this I can watch,” I told Amy, realizing it was nearly noon, and I was still sitting on the couch in my underwear. “We should try and do something.”

“Everything is closed,” she said. “Churches will probably have prayer services later, but not until tonight.” The zoo was the only thing we could find that was still operating, so we decided to go spend some time among some less self-destructive animal species. We settled by the gorilla habitat, where one lazy silverback leaned against the other side of the glass, just inches away from us. Though they usually tend to turn their backs to human observers, he was staring right at us. He seemed to be just on the verge of speaking:

What the hell is the matter with you people?

In the days that followed, the religious wackos came out of the woodwork, offering overly confident explanations for why this had happened. 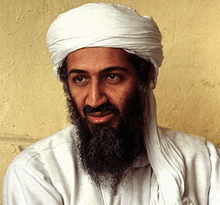 For some, it was the inherent evil of Islam that was to blame. For others, it was the fall of America from its elevated status as a God-favored Christian nation that brought such punishment on ourselves. And the litany of faith-based reasons kept coming, none of them particularly satisfactory in my estimation.

One of the more universal questions that lingered for many was one of theodicy, or how it was that a supposedly loving God could allow such horrific acts to take place. Never mind the daily exploitation of women and children around the world, the epidemic oppression of unmitigated diseases from AIDS to malaria, famine, systemic poverty, sexual slavery…it seemed the attacks heightened our awareness of the magnitude of suffering in the world, all around us.

Does God do such things to us? Does God let them happen?

Different questions, with different answers in my estimation. As for the first question, I don’t understand God to be some glorified school principal, doling out rewards and punishments from on high, despite some more literal interpretations of the “Old Testament” God of the Hebrew Bible. I think those stories of an actively vengeful, punishing God speak more the the culture in which people found themselves, trying to understand where God fit in the midst of an awful lot of struggle.

As for whether God “lets” this kind of thing happen, I’d say yes, maybe with an asterisk. I’m inclined more toward an understanding of God that is less will-driven and less anthropomorphic than some. I don’t perceive God as some celestial parent sitting in the sky, watching us kill ourselves, but choosing to let us hang ourselves by our own rope. Instead, I understand God as the impetus behind all of creation: good, evil, and everything in between. 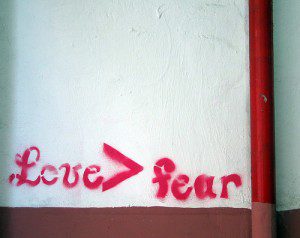 Does this mean God created evil as some kind of cosmic test? Not exactly. I think that evil is the willful absence of good, sort of like cold is the absence of heat.  We are created as creatures with choice, wills to embrace life, love and salvation (in its many, many expressions), or to turn instead toward our own fear, handing over control to it, which in turn, foments anger, hatred and ultimately, violence.

Was God there when the towers came down? Was God there when we enacted a “shock and awe” response on the people of Iraq? Or when we engaged in a years-long war on some nebulous enemy, the cost of which has been tens of thousands of lives and perhaps no more sense of security than when we began?

I don’t understand God as particularly concentrated here or there, like some mystical aura. God is. It states as much in scripture. So yes, God was when the towers came down. God was when we bombed a fairly defenseless country. God is when we wake up every morning and, once again, make the choice either to live into a radical, sometimes dangerously vulnerable love, or to retreat into fear and more violence.

And yet, despite our best efforts in some ways to kill this Love, to extinguish it along with the risks it inheres within it, it persists. It remains, uncorrupted by our greatest efforts to crucify it, over and again. It endures as a testament to what we can still be, today and tomorrow, regardless of the choices we made in days past.

It is new every morning, thank God, and we, too, have a chance to be made new likewise. No coercion. No force. No bloodshed. Only a covenant – a holy promise – which we can either engage or reject. But it is and will be, regardless.

September 12, 2012 Is the Dalai Lama Calling for the End of Religion?
Recent Comments
6 Comments | Leave a Comment
Browse Our Archives
Follow Us!

Christian: You Are Upset About the...
Unfundamentalist Christians
Related posts from Christian Piatt