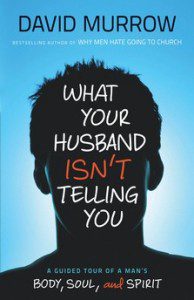 Growing up, I looked to my dad as the quintessential definition of what a man was. He was pretty quiet but prone to anger. He worked crazy hours as the primary provider in the house, but still made time to build things nearly every weekend around the house. He had tons of tools, knew everything about everything and was never, ever wrong.

Some of what he was to me was passed along; most of it didn’t stick. And for that, I was pretty sure there was something wrong with me. Maybe I was gay. Could be that I just missed out on some critical “male gene” that made me want to work with tools and amass an encyclopedic knowledge about sports. I mean, I liked baking with my nana, and when I stayed over at their house for the weekend, sometimes I’d even paint my nails with her polish.I also went golfing and fishing with granddad, but I’d rather draw or play music than help my dad rebuild the retaining wall around the porch.

Must be something wrong with me.

As I got older, though, and my world expanded beyond the reach of the few key influencers in my life, I realized how many other guys there were out there like me. And when I say “like me,” I don’t mean we were particularly similar, except that an incredible number of us had the common experience of not conforming to the male prototypes with which we were presented growing up.

Was it like the Island of Misfit Toys, with the oddballs all finding each other, mistaking their freakishness as the “new normal,” when it really wasn’t? Or was there something fundamentally shifting in the culture? Were men becoming something different than they had been – or at least had been understood to be – for generations prior to us?

I was asked to read a book called “What Your Husband Isn’t Telling You,” by David Murrow, and I struggled with it in many of the same ways I struggled with my dad’s ideas about maleness. While much of it was familiar, it was, at the same time, incredibly hard to relate to. Much of it felt like the traditional male roles conveyed to me by groups like Promise Keepers (which features him on their site) and the “Muscular Christianity” promoted by folks like Mark Driscoll (who he interviewed several times online). In reading his bio, I also noted that he worked recently for former Alaska Governor Sarah Palin, all of which I am glad, on one 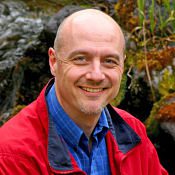 hand, that I discovered after reading the book. But suffice it to say that none of this came as a particular surprise, given his perspective.

I do think Murrow has noble intentions to help married couples better understand each other, and for those from the Baby Boomer generation and older, much of what he suggests may ring true. But for me and many of my peers, such ideas as those that he promotes simply feel like an attempt to squeeze toothpaste back into the tube. The mold just doesn’t fit anymore.

Rather than dissecting the points of friction I found with Murrow (which were many), I thought I’d try to outline a few major distinctions between traditional “modern” male identity and what some might call postmodern maleness.

1. Masculinity and maleness are not necessarily the same thing: The more traditional mindset seems to be that men are masculine, and women are feminine. But the reality is that we all have attributes that are both masculine and feminine in our identity makeup, all to vary degrees and in different admixtures. One freeing part of being born in a postmodern cultural reality is that I/we have greater liberty to more fully explore and express those parts of ourselves that may have been subjugated or shamed into the background for others born before us.

2. Gender identity is not as binary as it might seem: Yes, I have a penis and my wife has a vagina (which works out well for both of us!). But she also has testosterone in her system, much like I have estrogen. And this changes from time to time, particularly as we age. My understanding of gender identity also changes as I marry, have kids, settle into a profession and find my own sense of style, voice and place in society. And the fact is that I feel like I present or express different attributes of my identity – masculine and feminine – in different contexts. Not only is such identity more spectrum-like than dichotomous; it moves back and forth along that spectrum from day to day and throughout life.

3. I can “protect” and “provide” in a lot of ways: Murrow emphasizes the male need to serve as primary protector and provider in the home, but his sense of what this means leans heavily, if not solely, on modernist stereotypes of what men are “supposed to do.” Yes, there is some sense of place or even cultural validation in some ways when one conforms to stereotypes expected of them, but I can serve as protector of my home in many ways that don’t involve physical force or strength. Teaching my children how to engage the world with curiosity and compassion can be an incredibly caring skill, among others. And though I have been the primary wage earner in our family in past years, Amy now makes more than I do. How does it make me feel? Awesome! I have been afforded the flexibility to pursue my professional writing career, and most days I get to walk my son home from school. I cook meals, help with laundry and do lots of “domestic” stuff. That is an important part of providing for a well rounded family too, and frankly, I don’t think it matters which parent does it.

4. Men who don’t conform to traditional roles aren’t broken: Early in the book, Murrow points out that some wives reading the book may not see some of the descriptions he offers as applicable to their husband. He follows this acknowledgment of any disparity with the suggestion that, “If your husband is seriously disturbed or mentally ill, the principles I share in this book probably won’t apply to him.” I have to hope that Murrow is not suggesting explicitly that men who don’t conform to his understanding of gender identity are disturbed, but the implication is laden with judgment. As one who was on the receiving end of plenty of such judgment growing up (words like “pussy” and “faggot” are common taunts among boys, and sadly, men too), the scars left behind by such aspersions do long-term damage. But such abuse not only denigrates the subject of the teasing; it also places women, gays or anyone else not ascribing to the established cultural stereotypes for “normal” as “less than.”

5. Being a good man/husband/father doesn’t mean being perfect: On the one hand, Murrow would not suggest in so many words that we have to be perfect to fulfill our duties as men, but part of how he establishes himself as an authority early on is by painting a fairly flawless picture of himself. He says, “I have never smoked a cigarette. I’ve never been drunk or high in my life. Never touched an illegal substance. Never struck my wife or kids. No porn. One hundred percent faithful to my marriage vows.” I respect and appreciate Murrow’s adherence to his personal values, but in speaking on behalf of men, he is implicitly promoting this veneer of perfection that so many of us grew up with as examples. When I was a kid, I was sure my dad was never wrong about anything. More than that, he knew all there was to know. I don’t think I ever heard the words “I don’t know” from him. But as I grew up and realized he was not the demigod I had understood him to be, many of the walls that propped up my notion of what it meant to be a man came crumbling around me. We don’t do our families any service by purporting to be perfect. We serve them better by being real, by acknowledging and admitting our mistakes. So when our kids or others who look to us stumble, they can hopefully recognize that failure in itself does not equate to you being a failure. It means that you’re human.

Welcome to the human race.