On Rachel Held Evans and Why “Vagina-gate” Matters 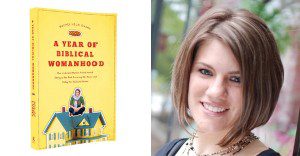 Some may be aware of the dust kicked up around Rachel Held Evans‘ new book, “A Year of Biblical Womanhood,” but in case you’re unfamiliar with the “vagina-gate” phenomenon, let me catch you up.

For starters, I think the whole name for the phenomenon is a little bit unfortunate. Yes, I know that every time something seems to be a little bit scandalous or sensational, we have to attach “gate” to the end of it, but the phrase “vagina-gate” is more than a little intimidating for a guy like me. The female body is mysterious enough for me without adding gates or other prohibitive means of access, thank you very much.

Basically, Rachel Held Evans is one of the better known Christian writers in mainline and progressive circles these days. Her new book examines what it would mean to live life as a woman according to the Biblical laws for a year. It’s in the vein of books like AJ Jacobs‘ “The Year of Living Biblically” and other “human guinea pig” projects. The book is funny, thoughtful and empowering for women seeking to understand where they fit within a faith that has largely been controlled by men for centuries.

In talking about feminine identity and sexuality as part of the project, Evans speaks plainly about many things addressed in the Bible, including how and when certain parts of the female anatomy should be employed in the company of men, and so on. In doing so, she uses “grownup” words to talk about things like (gasp!) vaginas.

Yes, a Christian book with the word “vagina” in it. That’s what the fuss is all about. And because the word is in her book, the Christian bookstore chain Lifeway has refused to carry her book. We had Rachel on our Homebrewed Christianity CultureCast a few weeks ago to talk a bit about this, and since then, the story has been picked up by Slate, Huffington Post and apparently the Today Show in the near future.

Full disclosure: we heard about the issue first from Matthew Paul Turner, so far be it from us to claim to have broken the story.

I should say up front that I believe LifeWay, a private nonprofit organization, is within their right to sell or not sell whatever they want. They’ve taken other 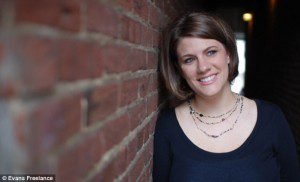 popular titles off their shelves before, such as Michael Lewis’ Bestseller, “The Blind Side” following complaints from a pastor in Florida. But just because they have the right to control the flow of media through their stores doesn’t mean they’re not open to criticism in doing so.

As one of the largest and most powerful Christian media outlets in American retail, Lifeway has a great deal of power over what people read, and therefore, think and believe. They are connected to the Southern Baptist Convention historically, and tend to be fairly conservative in their social and theological views. But to me the fact that an anatomically proper word like “vagina” is barred from use in any literature in their stores points to a deeper problem within Christianity as a whole.

Though I haven’t personally perused every book in their stores, Rachel Held Evans noted in our interview with her that the word “penis” is used more than once in Lifeway-carried books, so why is it that “vagina” is particularly scandalous? My response was that it’s because the folks with penises are likely the ones making the rules, as has been the case in Christianity since, well, the beginning of Christianity.

The subjugation of women to a lesser role than that of men is a time-honored endeavor in the faith, and unfortunately, it’s not one that is merely a relic of our past, pointing to a shameful inequity that has since been abandoned. Rather, many churches and denominations explicitly ban women from holding certain positions. Patriarchy, it seems (often argued based on a few select passages from Paul’s New Testament writing) is all part of God’s greater plan for humanity.

The resistance to frank, open talk about feminine sexuality particularly promotes the notion that a woman’s body and sexual identity is somehow bad, dirty or otherwise objectionable. And again, we can look to scripture for examples of women and their sexuality being the downfall of men throughout much of the Bible. How convenient, though, that such passages apparently are written by men.

Rachel Held Evans tries to point to some of these issues in her book, like when she has to live outside in a tent while menstruating (an actual Biblical requirement, mind you), and yet the same systems that hold on to such archaic values has sought to limit her book’s reach. But there’s something even bigger, I think, that this points to.

Yes, such practices indicate the significant barriers women still face in trying to achieve equality within Christianity. But beyond that, this points to a way in which the institutional Church still tires to cling to an old imperial model for controlling how its faithful think, believe and act.

It’s more than a little ironic to me that, although Martin Luther – the father of the Protestant Reformation – sought to break the grasp of power of the Church over individual people’s lives and faith, so many of us who have benefitted from his efforts still seek to do much of what he fought against, five centuries later. Yes, we celebrate the freedom to interpret scripture on our own terms, but only until someone tries to raise women to a level of equality with men. Yes, we value Luther’s emphasis on each person developing a personal relationship with God through study, prayer and worship, but only if it plays within the particular boundaries we establish as acceptable.

In a sense, I think it’s a potentially good thing that this story has raised the eyebrows of so many, because in doing so, it shines a bright light on the very dynamics within organized religion that still seek to control, subjugate and manipulate people in to being what they think God requires. But not all of us who claim to be followers of Jesus feel this way. It’s time for Christians to do what they say they believe when it comes to giving voice to those who have been silenced,  and to empower the marginalized, even if that subjugated group makes up more than half of the world’s population.

And serious props both for Rachel and her publisher, Thomas Nelson, for leaving “vagina” in the book, fully knowing the consequences that might follow. Your book is a light of truth, perhaps in more ways than you had even intended.

October 19, 2012 Homebrewed CultureCast is Blowing Up - HELP!
Recent Comments
14 Comments | Leave a Comment
"awesome."
Brandon Roberts Not “That Kind” of Christian
"nice article."
Brandon Roberts Talking Sex with Invisibilia’s Hanna Rosin
"Thanks for a fun romp. As a Presbyterian minister, I would have welcomed you gladly ..."
Zeigler John Leaving A-Holiness Behind
"Dear Sarah and Christian,I'm sorry for what has happened to you and your mother and ..."
Amazingaljicrowley3679 Letter From a “Demon Possessed” Woman
Browse Our Archives
Related posts from Christian Piatt